Three days after Quantaze Campbell was shot and killed by a Dane County Sheriff’s deputy at a Windsor hotel, his family members say they are still waiting for answers about what happened.

About 40 people gathered outside the Super 8 hotel in the village of Windsor on Sunday evening, to hold a vigil for Campbell, 46, of Madison.

“We’ve spoken to a lot of people, but no one has been able to tell us the slightest bit of anything,” said Devonte Gafford, Campbell’s stepson. “That’s probably the most bothering part for everybody, because it’s all we can hear is that our father was shot by the police.

“Right now all we can do is just wait I guess,” he said, “try and wait for answers.”

The Wisconsin Department of Justice, which is investigating the Oct. 13 shooting, said a deputy shot and killed Campbell while making “contact with a vehicle” at the hotel, 4506 Lake Circle, at 6:10 p.m. The deputy, whose name has not been released, has been put on leave.

Authorities have released few details about the incident, including what led up to the shooting, how many times Campbell was shot and whether he was armed.

Freedom Inc., a Madison nonprofit that held Sunday night’s vigil, said in a statement that Campbell, a Black man, was unarmed. The Wisconsin State Journal could not confirm if Campbell was unarmed.

The family is asking for anyone who witnessed the shooting to come forward. During the vigil, they spoke directly to guests at the hotel watching from their windows, asking them to come forward if they saw what happened.

The vigil included an outpouring of love for Campbell. Candles were placed around his photo in the parking lot of the hotel, those in attendance brought balloons, flowers and teddy bears, and posters of Campbell were distributed.

Campbell was described as a “family man” who was loved. He often bought treats for his children and was nicknamed “T-Money,” according to one of his friends. On Sunday, his family embraced each other as they stood feet from where he was shot.

“I just need to know why, I need justice for my baby. I’m not going to stop fighting for that until I close my eyes. Somebody’s got to be held responsible for my baby being dead,” Campbell’s mother said.

According to online court records, Campbell had a warrant out for his arrest since Sept. 20 after missing a court date for charges of being party to a theft between $10,000 and $100,000.

Campbell has a criminal record dating back to 1994 for offenses including substantial battery, disorderly conduct, theft and robbery, drug charges, and resisting or obstructing an officer.

Madison police have said a vehicle that was stolen from a Super 8 hotel in the city was later found at the Super 8 in Windsor where Campbell was shot, but it’s not clear that the stolen vehicle was connected to the shooting.

His family said a warrant didn’t justify Campbell’s death, and they called out racial disparities in the process.

Gafford asked for the respect of the family and community as they grieve.

A 5-year-old girl who was shot at a Green Bay home has died, police said Tuesday.

The father of a 5-year-old girl who died in a car crash involving Democratic Senate Minority Leader Janet Bewley has filed a wrongful death lawsuit against the lawmaker.

France plans to ration power in case of shortages 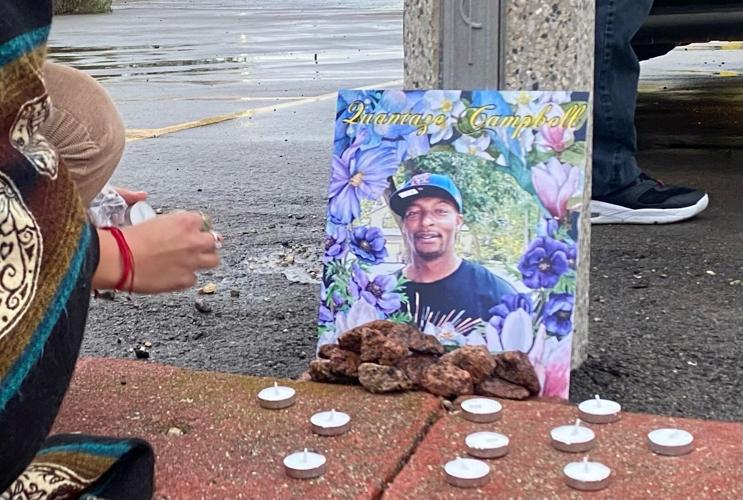 Candles are placed around a photo of Quantaze Campbell, 46, of Madison. 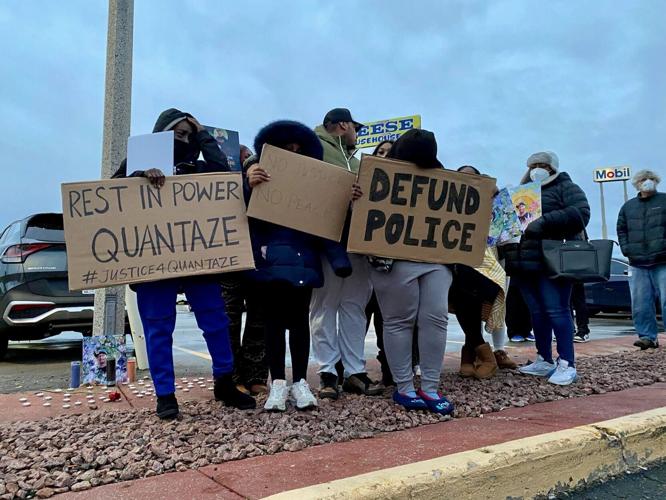 The family of Quantaze Campbell, 46, of Madison, is waiting for answers after the Madison man was shot and killed by a Dane County Sheriff's deputy on Thursday. They gathered for a vigil Sunday night outside the Super 8 hotel in the village of Windsor where the shooting occurred.