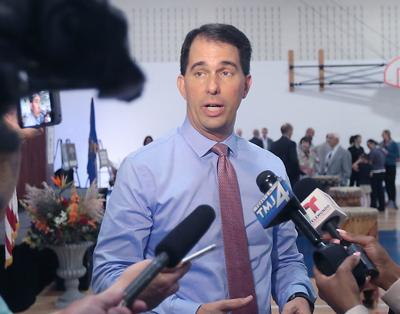 Gov. Scott Walker has repeatedly said that his biggest regret from his first year in office was that he didn’t spend more time explaining his union restrictions to the public.

“If I could do this all over again, I’d spend more time in January and February making a case,” Walker said in late 2011 after signing Act 10 into law. Walker assumed that “after 10 days of debate” people would understand why he wanted to limit collective bargaining for most state workers.

Many didn’t. And Democratic senators fled the state to stall for time amid massive protests at the Capitol.

Yet 10 days seems like an eternity compared to the rush-job of confusing and elaborate proposals being sped to the governor’s desk this week in little more than two business days.

That’s hardly enough time to digest the details of the Republican-run Legislature’s attempt to dilute the power of the incoming Democratic governor and attorney general, who were elected Nov. 6 and take office Jan. 7. Nor does it allow citizens time to explore the implications of restricting early voting, changing health insurance rules or altering the structure of the state’s job-creation agency.

Center Stage, with Milfred and Hands

Political talk from the sensible center of Wisconsin politics

Walker shouldn’t make the same mistake now of rushing controversial bills into law that he admits he made at the start of his eight years in the governor’s job. He should veto any and all of the proposals speeding to his desk because they haven’t been properly vetted.

The GOP governor’s legacy is at stake, as well as the future of the balance of power at the statehouse for decades to come. Nonpartisan legislative staffers testified this week that the cost of some of the proposals is unclear. So is the potential for unintended consequences.

For example, eight former leaders of the state’s economic development agency Tuesday — some of them Republicans — opposed the lame-duck attempt to give lawmakers the power to appoint the leader of the Wisconsin Economic Development Corp., rather than continuing to let the governor make that pick. They worry Wisconsin’s economy will suffer if the next governor doesn’t trust the agency’s leader.

Election clerks across the state have objected to the cost, confusion and complication of a lame-duck attempt to move the date of Wisconsin’s presidential primary election in 2020.

Some of the ideas being whizzed to the governor’s desk may have merit. But not without a deliberate process that respects voters.

The exiting governor should veto anything the lame-duck Legislature sends him.

More in Full report: Catch up and read the latest on the Wisconsin lame-duck session (11 of 31)