A day after the jury saw photos of the mutilated torso of Chandler Halderson’s father, found in a rural area Chandler had visited three days earlier, photos were shown to them Friday of the remains of his mother, found during a search of state land in northwestern Dane County.

One of the people searching the property near the Wisconsin River on July 14 — nearly two weeks after Chandler allegedly murdered and dismembered his father, Bart Halderson, 50, and mother, Krista Halderson, 53, at the Windsor home they shared — testified Friday he smelled human remains before finding them.

“My first indication in the area was the smell,” Kevin Gruber, a part-time medic for the Dane County Sheriff’s Office’s Tactical Response Team, said on the fourth day of testimony in the murder trial of 23-year-old Chandler.

The approximately 30 searchers weren’t told what to look for on the Department of Natural Resources property in the town of Roxbury, Gruber said, outside of “anything of interest” in the case. Dismembered remains of legs — later identified through DNA as belonging to Krista Halderson — were eventually found in two locations about 30 yards apart, he said.

A Utah woman visiting her daughter near the DNR land on July 3 testified she was outside playing with her granddaughter when she saw a man with a backpack walk away from a parked car farther down the road and later return to it.

“At the time, I didn’t think it was odd,” said Jill Destefano, who conceded to the defense she didn’t recognize the man outside of a general description. “I just thought it was a guy who was going hiking.”

Earlier Friday, the jury heard and saw a nearly two-hour recorded interview in which Chandler — unaware investigators had just hours before found the remains of his father — told detectives what he’d been doing since his parents were last seen alive.

“We know you’re not telling us the truth,” a Dane County detective tells him as he concludes his story. “This is your chance to tell us why.” Halderson was then arrested.

Throughout the video, a tired-looking and seemingly forgetful Halderson, wearing a hoodie and baseball cap, haltingly explains to detectives where he’d been and what he’d been doing from June 30 to July 8, the date of his first substantive interview with police and the day after he’d told them his parents had left for the family cabin on July 2 and never returned.

Prosecutors say the story is one final lie from Halderson, who — aware that his father had just discovered he’d been lying for months or years about having a job and going to school — killed his parents on July 1 and got rid of their bodies over the Fourth of July weekend.

In a small interview room at the Public Safety Building in Downtown Madison, Halderson explained to detectives Brian Shunk and Bill Hendrickson that he’d helped his parents pack for the alleged trip to the cabin on Sawyer Lake, that he’d broken a pane of glass on a fireplace cover while playing with one of the family’s two dogs, and that he’d visited his girlfriend’s mother’s partner on July 4 and shot off fireworks with one of his mother’s co-workers later that night.

Those and other statements align with testimony from others during the trial, including his former girlfriend, Cat Mellender, but still leave large spans of time when he was alone, mostly playing video games and searching for jobs online, he told detectives.

Mellender on Thursday said that she spent time with Chandler and was at his home the most in the days after prosecutors say he killed his parents. She spent the night at his home twice after that, including during the span prosecutors say he was attempting to burn his parents’ remains in the family fireplace, but she said she had no knowledge of what was happening and has not been charged in the case.

On the day he allegedly dumped his father’s headless torso in a wooded area of a rural Cottage Grove farm, Halderson was seeking out the counsel of Mellender’s mother’s girlfriend, Cresent L’Sai, who lives on the property and whom he had described to detectives as “wise.” He’d been in a “slump,” he told detectives, having recently been diagnosed with a concussion and having lost a job with SpaceX.

“Then I go to have a breakdown by the shed,” he said in the July 8 interview. “I actually cried, started kicking grass, toddler tantrum sort of (expletive).”

L’Sai and Mellender’s mother, Dulce, testified Thursday that Halderson had shown up at the farm on July 5 asking to use the pool but had then been seen near the wooded area where Bart’s torso was found, the hatchback of the family’s Subaru up and facing the woods.

At points during the interview, Halderson complained of various maladies — and accepted three Advil from from a Sheriff’s Office employee for a headache — and told detectives the headaches, leg pain, possible permanent nerve damage, and the possibility of a colostomy bag in his future were all a result of a fall he’d taken down the family stairs in mid-June.

Prosecutors have suggested the concussion he suffered in that fall was another ruse, on top of the lies he’d been telling his family, girlfriend and others about working at American Family Insurance and SpaceX, and as a scuba diver for the DNR. They say he also hadn’t been enrolled in school, as he’d claimed.

The emergency room physician who treated him June 17 told the jury Thursday that while Halderson was diagnosed with a mild concussion, his CT scans did not show any abnormalities and he was not warned of the litany of ill effects he alleged to detectives and others. There were also no records of any follow-up visits for the injury, testimony showed, although Halderson claimed to have had one in the days before his arrest.

At the end of the first week of the trial on Friday, which is expected to last two more weeks, Circuit Judge John Hyland advised the 18-person jury — six of whom will later be designated alternates — to remain safe and healthy over the weekend as COVID-19 cases continue to rise.

“Obviously, I’m not telling you what to do with the time you’re away from here, but keep that in the back of your mind,” Hyland said. “There’s a lot to do next week, so do get a good rest.”

Before the jury was brought in Friday, Hyland altered an order he’d issued in November allowing news media to livestream the trial whenever the jury is in the courtroom. Under the new guidelines, television stations will not be allowed to air anything they record, even for later use, when the jury is out of the room until after the trial is over. All media outlets are still allowed to report on what happens at all times in the courtroom.

The move comes after one of the national media outlets covering the trial, the Law & Crime Network, broadcast graphic images of Bart Halderson’s torso that were projected on a courtroom screen as evidence, and after complaints from Halderson’s defense that the network had violated the original order by livestreaming while the jury was out of the courtroom.

Accused of killing and dismembering his parents, Chandler Halderson goes to trial

In a statement, the company said that “out of respect for the family, after the photos were shown live, we blurred them for all future replays, and archiving.”

“Law & Crime conscientiously streams important public trials and proceedings across the country,” it said. “Some of these trials inevitably include graphic testimony and evidence. During the course of the Halderson trial yesterday, we streamed crime scene photos that were being shown to the jury in real-time, as the jury saw them,” but that Hyland had previously agreed that the court can’t stop media from putting out information aired in the trial.

The network did not immediately respond to a question about allegedly violating the original court order.

While graphic photos of Bart’s torso were shown on a screen in the courtroom Thursday, that was not the case Friday for Krista’s remains. Instead, jurors were provided booklets of photos.

“It’s for their ratings,” Vera said. “This family does not deserve to have these photos posted,” and neither does her client.

Brown said airing the photos would appear to run afoul of a state constitutional amendment on victims’ rights, known as Marsy’s Law, enacted in 2020. Among other things, it requires victims be treated with “sensitivity.”

He said a “conflict in constitutional rights” may exist between Marsy’s Law and the U.S. Constitution’s guarantee of a free press.

This year provided plenty of opportunity to look more closely at how some of last year's top issues —  including the pandemic, elections and race relations — continue to affect us all.

In 'thousands of complaints' about Wisconsin election, few that could be substantiated

Nothing in the emails suggests there were problems with the election that contributed in any meaningful way to Trump's 20,682-vote loss to Joe Biden.

'Prison abolition' activists bail out 20 in less than a year; not all stay out of trouble

Two people affiliated with the group have posted more than $220,000 in bail since last summer.

Chronic absenteeism among Madison middle schoolers doubled with the advent of the pandemic.

Melee at East High School started with dispute over boy, ended with gunfire

Mothers of students targeted in violence call for better security at school. 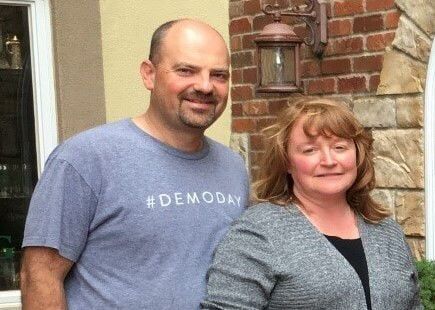 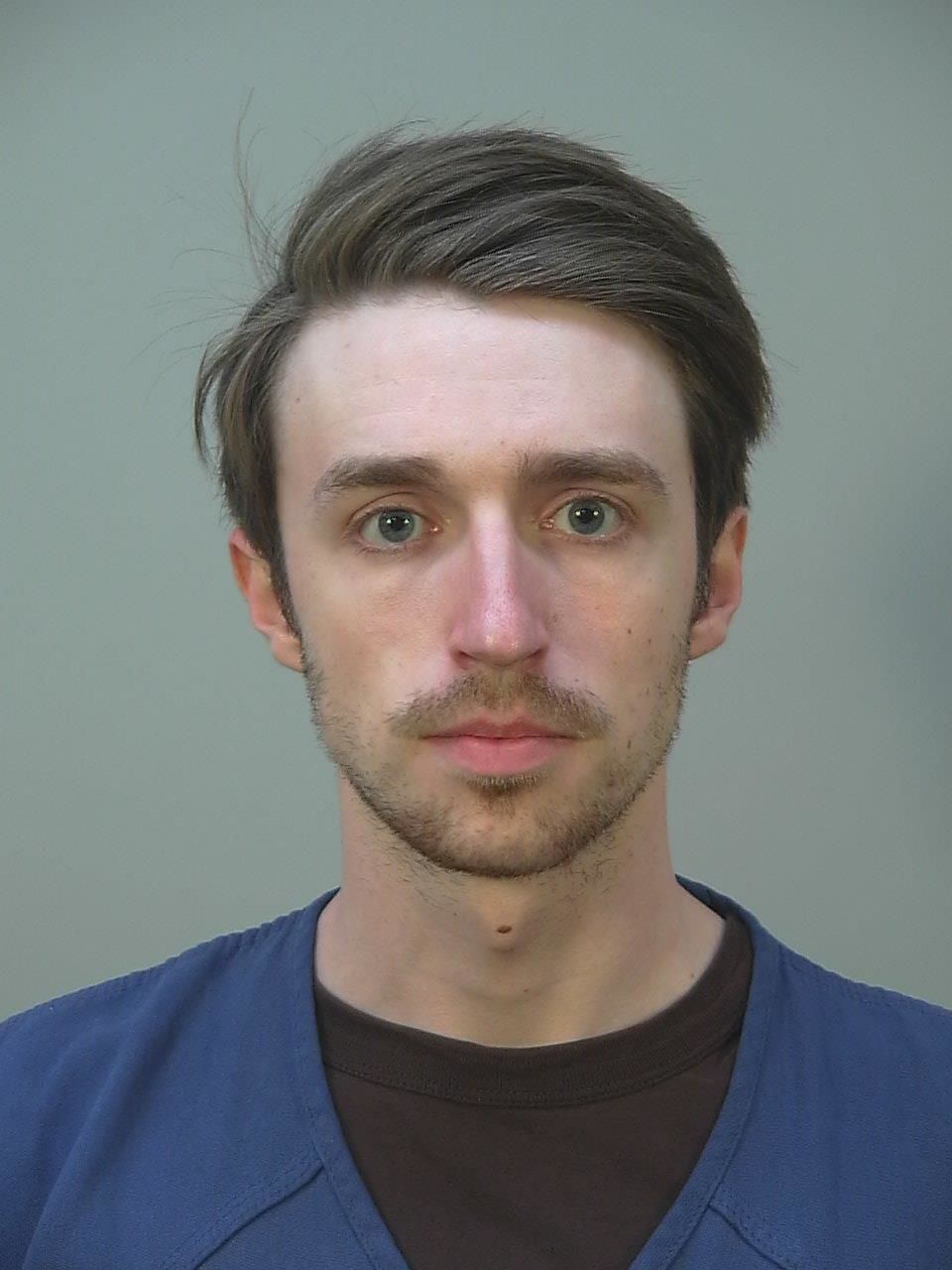