Madison police said Wednesday that an incident of pro-abortion rights graffiti at a religious school is believed to be linked to an incident at a church that also happened in early July.

St. Bernard Catholic Church on the East Side was vandalized with graffiti criticizing police and anti-abortion politics on July 2, Madison police reported earlier this month.

"Let's talk about all the native kids you've killed!" was also written on the church door, seemingly referring to the Catholic Church's role in the colonization of indigenous people.

The other incident happened overnight July 1-2 with graffiti spray-painted on an exterior wall and the front sign of Abundant Life Christian School, 4900 block of East Buckeye Road, police spokesperson Stephanie Fryer said in a statement.

Employees said the school was fine when they left on Friday night, but they noticed the damage Saturday morning, Fryer said.

No arrests have been made, and the incidents remain under investigation, Fryer said.

Police ask that anyone with information on the incident contact them at 608-255-2345. Tipsters may remain anonymous by contacting Madison Area Crime Stoppers at 608-266-6014 or P3Tips.com. Individuals contacting Crime Stoppers can receive a reward of up to $1,000 for tips that lead to an arrest.

2021 year in review: Greek letters, championships and a persistent pandemic

We tried to quit it, but the pandemic proved to be an on-again, off-again relationship in 2021. Here are some of the ups and downs of the last year.

But for the armored vehicles, extra barricades and rooftop surveillance teams, Sunday was just another dreary winter day on Madison’s Capitol Square.

Gov. Tony Evers also announced that Karen Timberlake, who served as DHS secretary under former Gov. Jim Doyle during the 2009 swine flu pandemic, will take on the role of DHS interim secretary.

Barnes becomes the city's third Black police chief and will have to deal with a sharp uptick in shootings and car thefts.

Alliant Energy said the decision will allow it to avoid some $250 million in maintenance and upgrade costs.

The Department of Natural Resources reported at 4 p.m. Wednesday that hunters had registered 182 wolves since the hunt began Monday, or about 15% of the estimated population. The quota for non-native hunters was 119 wolves.

Raine Stern, originally from New Glarus, dazzled judges on the NBC show "The Voice" Monday night, prompting judge Blake Shelton to say, "You're a rare find. And you're about to have your moment in the music industry."

Back to school: Madison schools welcome kindergartners a year after COVID shutdown

The Madison School District reopened its doors to kindergartners Tuesday after shutting down nearly one year ago due to the COVID-19 pandemic.

Tony Evers: Everyone in Wisconsin will be vaccine eligible May 1

President Joe Biden said Thursday he wanted states to make everyone eligible by May 1.

Since the start of the outbreak, Gov. Tony Evers has issued multiple public health emergencies and a series of related orders.

“The only home World Dairy Expo has known is Dane County, Wisconsin, and we are ready to welcome the dairy industry’s premier event back to our community this fall,” Dane County Executive Joe Parisi said.

Aberration or pattern? Several factors at play in 6 deaths on East Washington Avenue

Five of the six deaths occurred at night, and alcohol, speed and inattentiveness on the part of drivers and pedestrians likely factored into the deaths as Dane County experiences a high year for traffic fatalities.

Barry Alvarez, 74, will finish his term leading the UW athletic program this summer after a 17-year stretch in the seat during which the department's budget nearly doubled.

"I'm ready to get to work on day one and build a stronger more equitable public education system," Jill Underly said after winning the state superintendent election.

Mask wearing and social distancing were a rare sight Saturday at the annual gathering, which took a year off in 2020 as the ongoing COVID-19 pandemic set in last spring.

Madison officials are taking a slow approach to break up a homeless encampment at Reindahl Park on the East Side.

Yet with children younger than 12 still not eligible to be vaccinated, and some others not immunized, the pandemic “is emphatically not over, even in Dane County.”

"Being in this neighborhood and growing up in Madison, it's always been a staple in the community. It's so good to see such a good turnout coming off the year we just came off of."

Paddle & Portage and the Dane County Farmers Market returned to the isthmus and Capitol Square on Saturday for the first time since 2019.

The Senate voted 23-9, with Democratic Senate Minority Leader Janet Bewley, of Mason, and Sen. Brad Pfaff, D-Onalaska, joining with Republicans, in favor of the budget, which includes more than $3 billion in income and property tax cuts.

Chandler Halderson charged with killing his mother, told police he 'didn't feel bad about what I did'

Chandler Halderson remains in the Dane County Jail on $1 million bond. He is next in court on Sept. 1.

At issue was a 2011 law that says state agencies can’t take any actions that aren’t explicitly authorized by the Legislature.

Watch now: History made as Bucks win their first NBA title in 50 years

The Milwaukee Bucks grabbed their first NBA title in 50 years Tuesday in front of a global audience.

“It’s not the rock’s fault that it got that terrible and unfortunate nickname,” one bystander said. “But the fact that it’s ... being moved shows that the world is getting a little better today.”

After pleading guilty to two federal charges, David Kruchten faces six to 20 years in prison, under a plea agreement.

For the first time since the 2019 season, football fans of the Wisconsin Badgers get a chance to return to the familiar surroundings of Camp Randall.

After more than a year of repairs, the two statues that were torn down during last summer's protests were restored to the Capitol Square Tuesday morning.

Tony Evers said "it's about time" that the Senate take up some of the more than 100 appointees still waiting on confirmation votes.

"Each of them were 'bright lights' within our student body: positive, kind, funny, inclusive. The loss of their presence will impact our students and staff profoundly."

A Madison police officer "inadvertently" shot and injured a fellow officer during the arrest of a man who pointed a loaded handgun at police on State Street on Oct. 10, state officials said Monday.

A rally that took place on Wednesday was organized to support a victim of a recent alleged sexual assault that occurred off of school grounds between two East students. Lilyian Jenkins, a senior at East and one of the organizers for Friday’s walkout, said the Friday event was a strike for a list of demands meant to help students feel safe at school.

Madison Fire Chief Steven Davis said Tuesday that he is retiring on April 1, 2022, ending a career of more than three decades with the Madison Fire Department.

The vessel was found in June in 27 feet of water and is the oldest intact boat ever discovered in Wisconsin waters.

COVID vaccines for children ages 5 to 11 have been green lit by the Wisconsin Department of Health Services Wednesday, less than 24 hours after the federal Center for Disease Control also OK’d inoculation for the youngest group yet.

The GOP-drawn maps, which passed the Republican-controlled state Assembly and Senate last week, would largely maintain the core of the existing district boundaries that Republicans drew in secret in 2011.

Wagner, who died Monday after serving the greater Madison community in countless ways for a half-century, is being remembered as a man of kindness, wisdom, beauty, caring and grace.

The Badgers volleyball team captured the first national championship in program history with a thrilling five-set victory over Big Ten rival Nebraska in the NCAA final in Columbus, Ohio.

A Wisconsin man has died after his motorcycle struck a black bear on a western Montana highway, authorities said Tuesday.

A 17-year-old is accused of raping a 12-year-old girl to whom he supposedly was going to give a snowboard lesson in February at Alpine Valley Resort.

The home at Union Grove is one of three such homes overseen by the state DVA — the others are in King and Chippewa Falls.

The jury heard two doctors testify that the man suffered from paranoid delusions and schizophrenia. The judge committed him to the state Department of Health Services' institutional care for life.

Running on the myth that the 2020 election can be "decertified" proved to be a losing issue for many pro-Trump candidates.

One of two Wisconsin women who were sent to a state mental health facility after a 2014 stabbing attack on a sixth-grade classmate that they claimed was to appease the horror character Slender Man has withdrawn her petition for release.

Prosecutors charged a Weyauwega man with killing a woman and her boyfriend 30 years ago in apparent revenge for a snowmobile accident.

No Democratic opponent will appear on the ballot to face Vos, R-Rochester, in November, giving Vos a clear path to another term. Steen, an election denier, was boosted last week by a Trump endorsement.

Michael Gableman has been fired, marking an end to the more than $1.1 million taxpayer-funded, GOP-ordered review that has failed to uncover any evidence of widespread fraud in the 2020 election.

"Trump owns (Tim Michels), he is connected to Trump," Gov. Tony Evers said. "That’s his problem, that’s not mine." 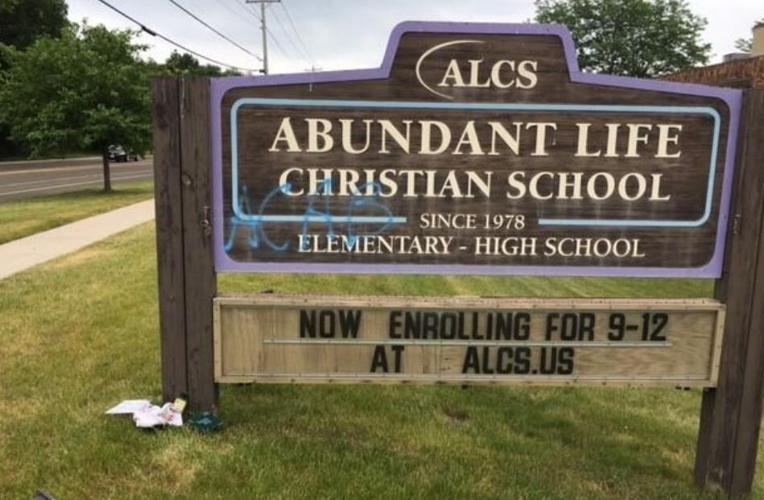 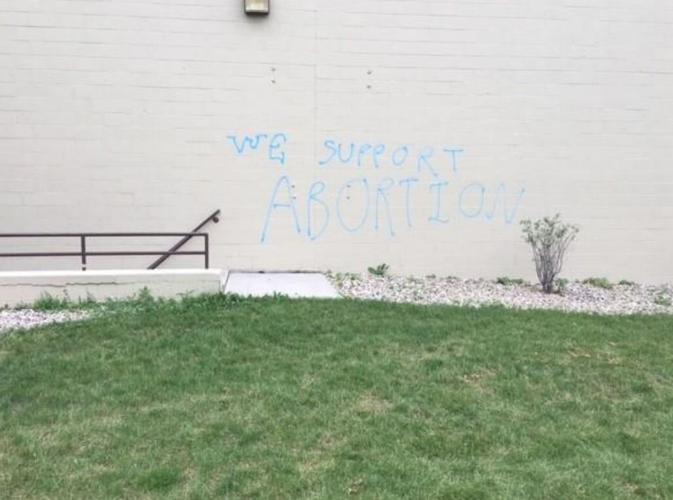