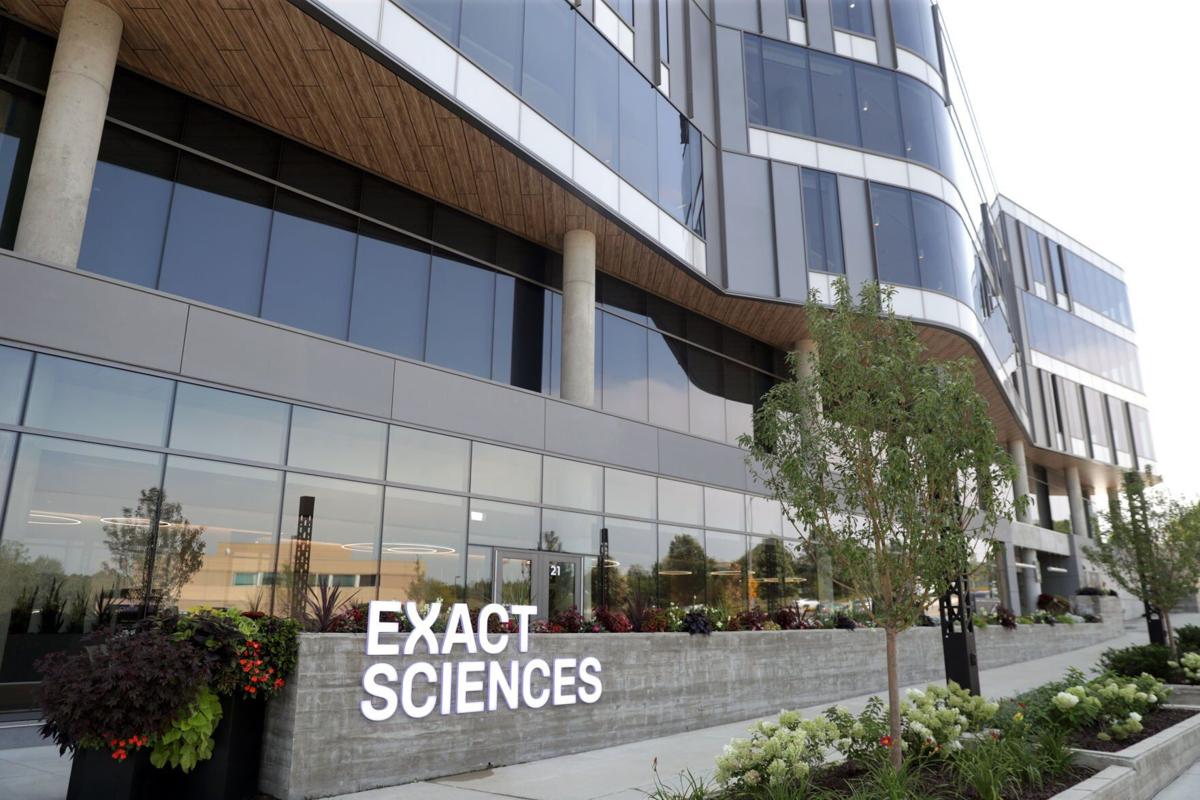 Exact Sciences, as part of a $350 million investment, is proposing an expansion of a clinical lab. 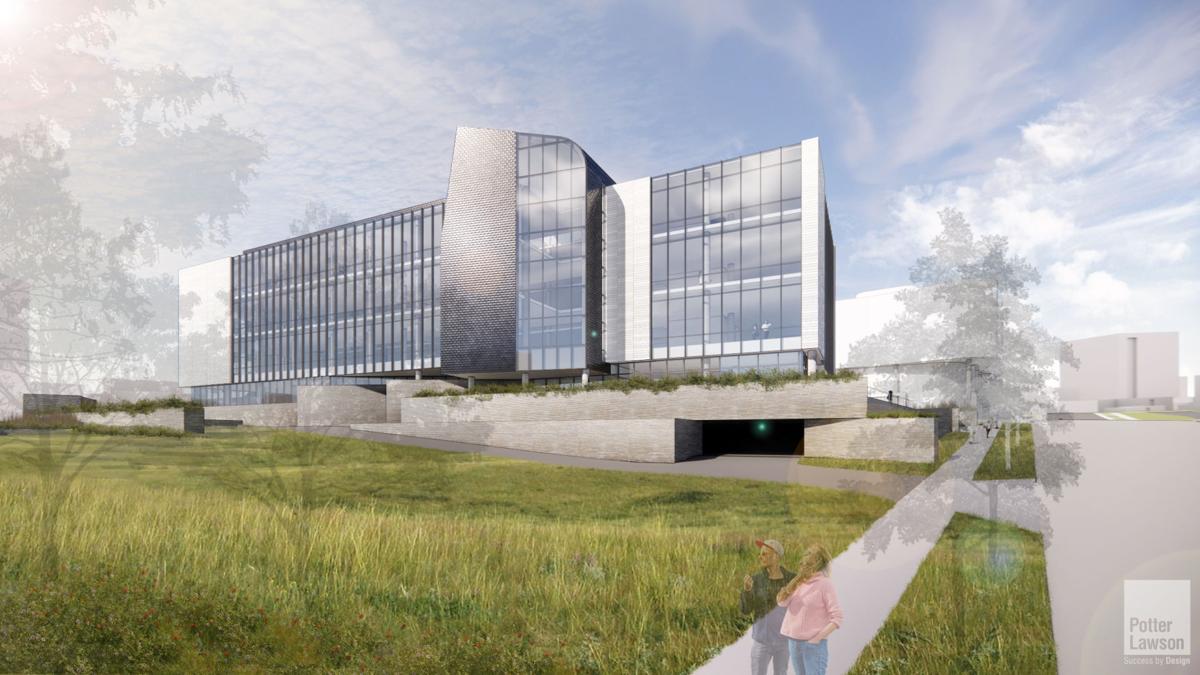 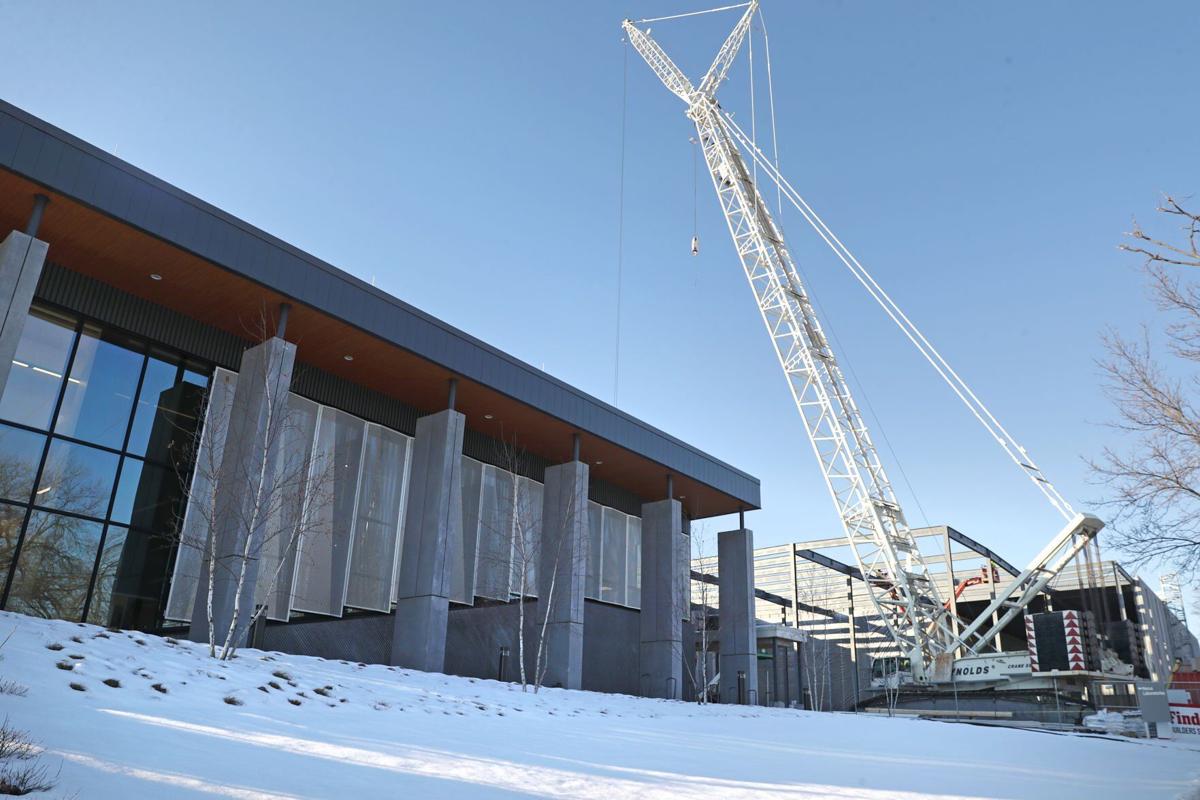 Construction to expand lab and warehouse spaces is underway at Exact Sciences' Discovery Campus as part of a $350 million expansion on Madison's Southwest Side. 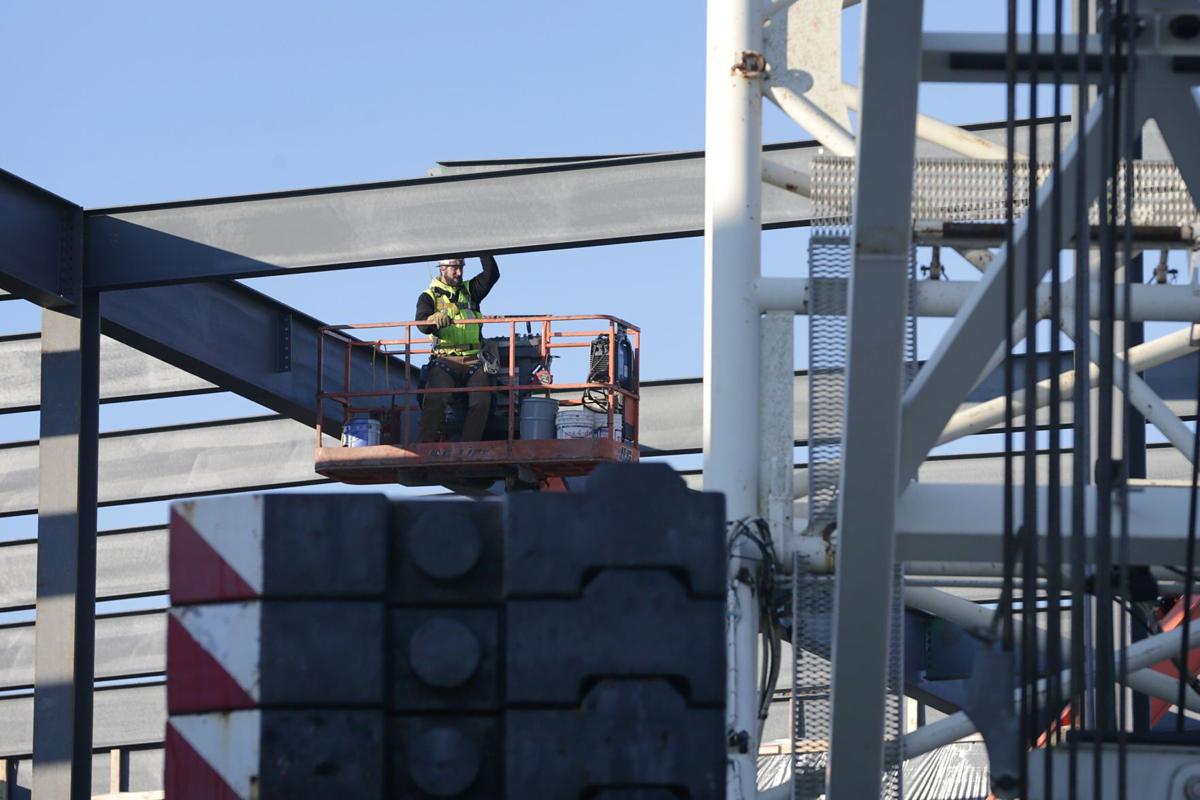 Expansion of lab and warehouse spaces at Exact Sciences is expected to create 1,300 new jobs.

Exact Sciences is adding a 266,000-square-foot research and development facility to its campus, as well as expanding existing lab and warehouse spaces, to accommodate its rapid growth — mainly spurred by high demand for the Cologuard test, which allows patients to screen themselves for colon cancer at home, as well as general clinical testing efforts, CEO Kevin Conroy said.

Construction crews will erect the research facility next to Exact’s corporate headquarters on 5505 Endeavor Lane inside University Research Park on the West Side. The lab and warehouse are additions to Exact’s Discovery Campus on 1 Exact Lane, which is located between Schroeder Road and the Beltline on the Southwest Side.

Work is underway on the lab and warehouse, and on track to be finished by the end of the year, said Scott Larrivee, associate director of corporate affairs. The company expects to break ground on its research and development building in the second quarter of 2022, with construction to wrap up in 2024, he said.

The research facility is meant to provide more space for Exact scientists not only to study how Cologuard can be improved, but also to develop products that detect several types of cancer early.

An example of that is Exact Sciences’ blood-based cancer screening, which is currently undergoing clinical trials. In September 2020, preliminary data demonstrated that the test, also known as a liquid biopsy, could identify between 83% and 87% of liver, lung, ovarian, pancreatic or stomach cancer cases, with a false positive rate of 5%.

The lab will feature new technology and automation to further support Cologuard product development. The warehouse would allow for storage at controlled temperatures, as well as for storing hazardous materials.

The company currently has more than 6,500 employees. About 3,500 of those staff members are based in the Dane County area, Larrivee said.

The exteriors of the new and expanded buildings include aesthetic elements similar to existing Exact structures, according to design renderings that show a gray color scheme, large windows and glass facades.

To help the construction effort along, the Wisconsin Economic Development Corp. recently authorized increasing the company’s Enterprise Zone tax credits from $9 million to $27.5 million if Exact Sciences meets its job creation and investment goals in capital expenditures by 2025.

“Exact Sciences is an example of a company with deep Wisconsin roots that, with this investment, is committing to its future in our state,” WEDC Secretary Missy Hughes said in a statement Thursday. “As the company has grown to add operations around the world, Exact Sciences could have chosen to expand in other states but chose Wisconsin because of our outstanding, well-educated workers, excellent community infrastructure and support for its research and health care missions.”

One of the first stories I wrote this year for the Wisconsin State Journal wasn't published last January, but instead at the beginning of September — when I officially took my post as business reporter.

It was about a biotech startup that won the Greater Madison Chamber of Commerce's Pressure Chamber contest for the novel ways it was looking to prevent cancer — and a coronavirus infection. The week I wrote that piece was when I discovered the treasure trove of story ideas that made up Madison's business community.

For example, the pandemic has spotlighted how partnerships are have seemed to be a favorable strategy for organizations looking to solve complex issues.

I covered that in an article regarding the State Street pop-up shops, or Culture Collectives. Several organizations came together to fill two vacant storefronts in the Downtown corridor, and simultaneously help minority business owners get their venture off the ground.

More ideas were spawned as I saw how Madison's businesses continue to navigate hiring challenges, supply chain shortages and other trials.

But through all that, there's been an apparent optimism for the future.

That's showcased in how Fitchburg biotech giant Promega has conceptualized a way to detect coronavirus particles in wastewater, as well as how Madison biofuel company Virent aided in United Airlines piloting an aircraft using renewable jet fuel for the first time.

When UW-Madison oncology fellow Johnathan Ebben founded Nano RED in 2015, the startup’s focus was to conceptualize cancer treatments. That cha…

Willy Street Co-Op on Madison’s East Side was bustling with shoppers one week last October, but several shelves typically full of canned veget…

It has an odor, it flows through your pipes, and you might not even notice it’s there after you flush it down.

Madison-based startup that makes fuel out of plants for cars and airplanes is propelling United Airlines in its effort to combat climate change.

“Exact Sciences is an example of a company with deep Wisconsin roots that, with this investment, is committing to its future in our state.”

The UW Board of Regents will choose between a Milwaukee law firm CEO and one of its own chancellors to be the next president of the UW System.

Authorities are searching for a snowmobile driver who veered into a highly touted sled dog team in northern Wisconsin and injured two of the dogs, including one that ran the Iditarod last year.

Exact Sciences, as part of a $350 million investment, is proposing an expansion of a clinical lab.

Construction to expand lab and warehouse spaces is underway at Exact Sciences' Discovery Campus as part of a $350 million expansion on Madison's Southwest Side.

Expansion of lab and warehouse spaces at Exact Sciences is expected to create 1,300 new jobs.