UW-Madison administrators and the university’s student council are clashing over how to help students struggling because of the pandemic, with the council looking to put more money toward student rent payments using a strategy UW-Madison said is illegal, and the university taking an approach student government calls the bare minimum.

It’s the latest standoff between the two sides and characteristic of the more combative stance student government has embraced in a school year that has left many students emotionally, financially or mentally exhausted.

“If I’m being honest with you, I didn’t think things would be this tense when I started,” said Matthew Mitnick, who was elected chairperson of the Associated Students of Madison last September. “But we’re not a mouthpiece for the administration. We’re here to represent students and focus on who is being left out and who doesn’t have a seat at the table.”

The university automatically awarded $1,000 each to more than 4,000 students with the highest financial need. Officials are distributing what’s left of the $10 million through an application process.

ASM took UW-Madison to task for allocating about a third of the roughly $30 million it received in federal relief money for student emergency support, while keeping the rest for the university’s own needs.

Unlike the relief bill passed last spring, which required institutions to funnel half of the money it received to students, the most recent bill only requires schools to distribute at least the same amount it gave to students last spring. In UW-Madison’s case, that totals about $10 million.

Helen Faith, director of UW-Madison’s Office of Financial Aid, said the university has a tough balance to strike in minimizing cuts to academic programs and employees while also supporting students.

She said UW-Madison is aware of how students are hurting, hearing stories of lost jobs and reduced hours. With less work on campus available, student employees have collectively earned about $1 million less compared to this point last year, and that doesn’t take into account the many students with off-campus jobs.

Rent has been another major challenge for college students this year. Heidi Wegleitner, a Dane County supervisor and eviction defense lawyer, said she’s represented roughly twice as many college students over the past year as in previous years.

“Rental assistance from the federal government is simply not enough to meet current need,” she said.

After UW-Madison exhausted all of its federal money for students, requests for help kept coming, so the university tapped about $2.5 million in private money. Officials are prepared to do so again, with the university’s private foundation continuing to raise money.

ASM is concerned about whether some of UW-Madison’s most vulnerable students — those who are undocumented, come from a foreign country or are enrolled in the Deferred Action for Childhood Arrivals (DACA) program — may be excluded from getting federal financial assistance.

Left out: How the federal COVID-19 formula hurt some of Wisconsin’s most vulnerable college students

University officials are waiting to hear from the U.S. Education Department about eligibility restrictions. The agency did not offer clarity on this topic when asked multiple times by the Wisconsin State Journal last week.

But Faith said all students regardless of residency or citizenship status can get help. The money may just come from the UW Foundation instead of the federal government.

ASM also worries how much private money is earmarked for student support and whether it’s immediately available. That’s why the body voted to use $2 million in leftover student fees to create a COVID-19 relief fund that would help students cover rent payments.

ASM came up with a workaround, routing the money through the Tenant Resource Center to students’ landlords. Administrators again rejected the idea because they said the center is only authorized to provide advice and information to students on housing matters, not to distribute money through a process in which the university wouldn’t have oversight.

The Tenant Resource Center did not respond to two voicemail messages.

The dispute has entangled multiple layers of leadership, including UW-Madison lawyers and the System’s legal counsel. Asked about the students’ idea at a Rotary Club of Madison meeting earlier this month, interim System President Tommy Thompson said using student fees for rent subsidies is illegal.

“That doesn’t seem to be a satisfactory answer” for ASM, UW-Madison Chancellor Rebecca Blank told a faculty committee last week.

ASM has voted to hold a referendum next month to see if there is widespread student body support for the relief fund.

Administrators’ resistance led ASM to unanimously issue a vote of no-confidence in Laurent Heller who, as UW-Madison’s top finance leader, sent the official letter rejecting release of the $2 million.

ASM has also declared no-confidence in UW-Madison Police this school year because the department helped city police during protests last summer. Mitnick, the chair of the Associated Students of Madison, hinted there may be more no-confidence votes to come this semester.

“I believe the administration thinks they’ll just wait us out and new student leaders will come in next year, but they don’t realize there’s a movement here,” Mitnick said. “If they think this year is bad, they should just wait until next year.”

Eric Sauser, his wife wrote, was "preceded in death by billions, including his dog Harvey who most of us loved to hate. We are confident they are joyfully reconnecting ..."

Controversy erupted in a Dane County community after photos of a "fort" built by a high school teacher to protect him from COVID-19 while teaching in-person circulated on social media.

Carol Lindeen, who died Feb. 24, in her last days said she regretted not getting more politically involved.

Under the order, utilities will have to account not only for the avoided cost to produce electricity but also the cost to deliver it to customers and to maintain enough capacity to meet peak demand, which could lead to more favorable terms for independent power producers.

Ron Johnson: No decision on 2022 run, but leaving office is 'probably my preference now'

Democrats are already lining up for the seat.

Tony Evers: Prioritizing funding for schools offering in-person classes is 'out of the question'

Supporters say the bills would put biological females on a level playing field.

Bewley didn't immediately retract her comment but issued a statement later calling it a failed attempt at sarcasm.

How and where to get COVID-19 vaccinations in Wisconsin

Many people came to testify in favor of legislation that would prohibit governments or employers from manding COVID-19 vaccinations. 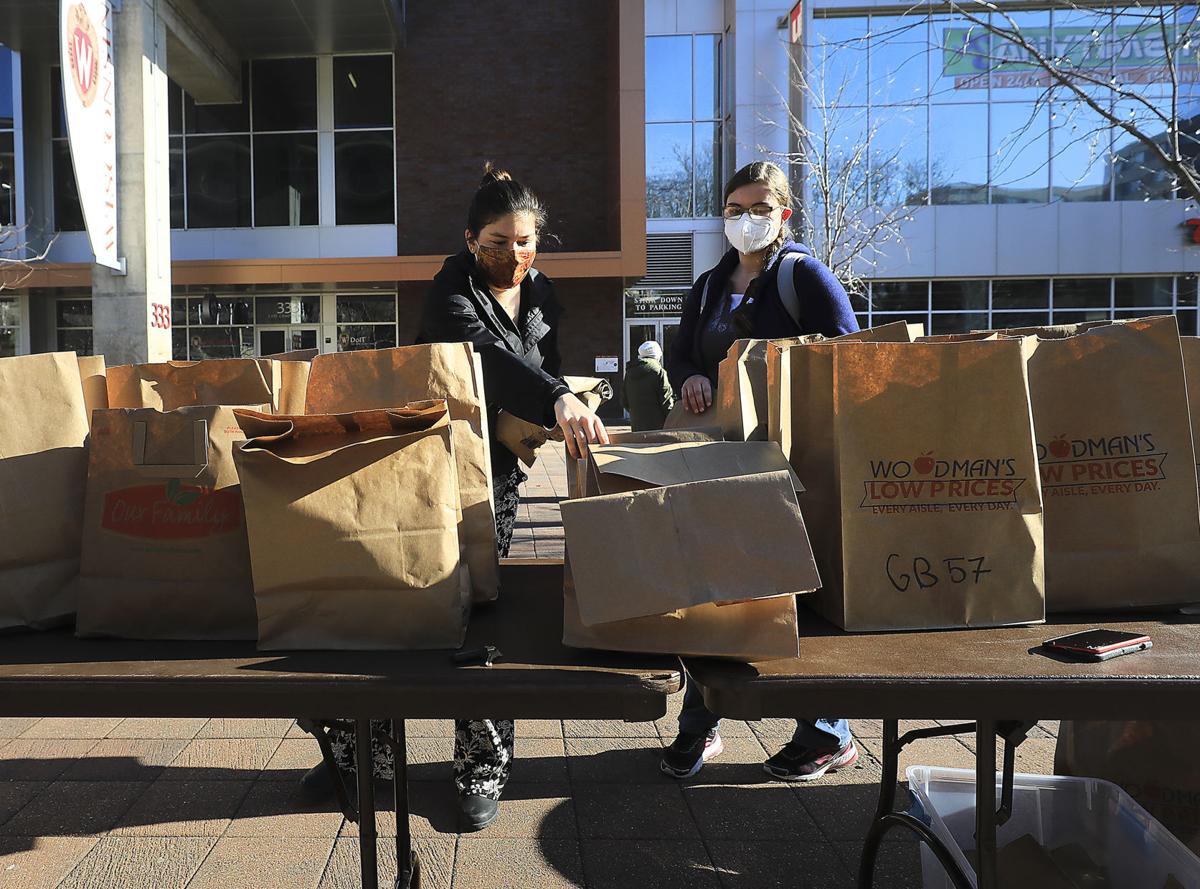 UW-Madison's student government runs a food pantry, Open Seat, that held a Thanksgiving food drive for the first time last fall. At left, Open Seat internal director Danielle Wendricks assists a student with her order. How to best help students struggling during the pandemic is at the heart of a dispute between university administrators and student council. 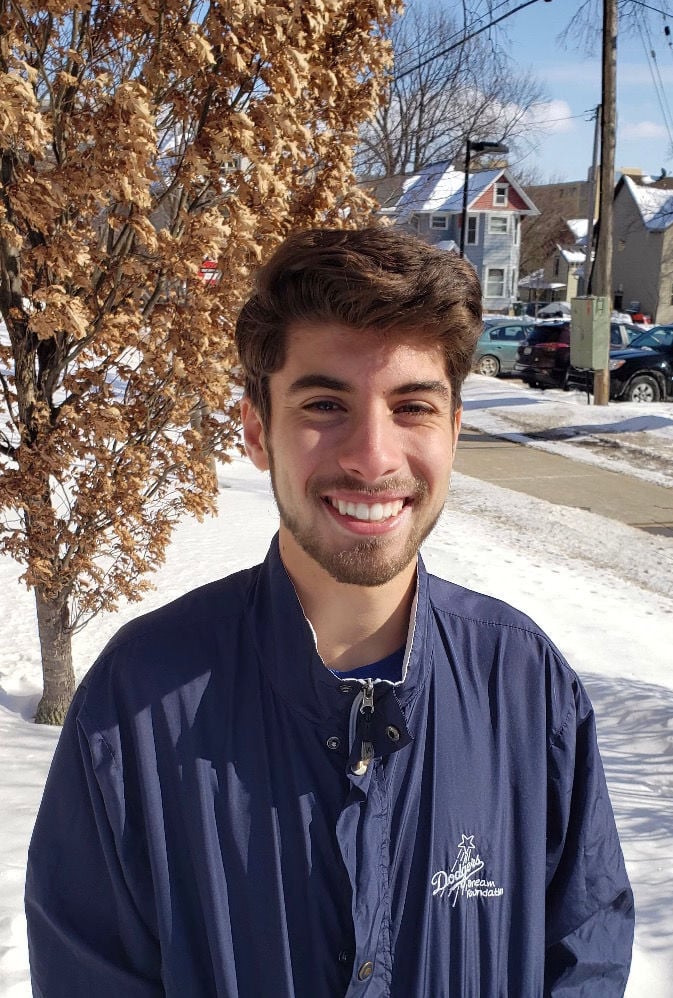