Meat Loaf, 'Bat Out of Hell' rock superstar, dies at 74

Firefighters between Dodgeville and Madison and from beyond paused Friday as a procession carried the bodies of two Mineral Point firefighters who died Thursday in a traffic crash.

The procession, which began at a Dodgeville funeral home, concluded at UW Hospital where autopsies were scheduled to be performed Friday. First responders stood in a group as the two caskets, each draped with an American flag, were rolled into a building.

Firefighters lined the route along Highway 18/151, Verona Road, Midvale Boulevard and University Avenue for the procession that left Dodgeville around 8:30 a.m. UW Med Flight even followed in the sky.

The Iowa County Sheriff's Office said the firefighters were driving north on the highway when at about 12:30 a.m. Thursday they attempted to use an emergency crossover just west of the Highway 23 exit on the city's north side. That's when their fire truck, with its lights flashing, was struck by a northbound semi-tractor trailer.

The fire truck, a tanker with 2,000 gallons of water on board, caught fire and the two firefighters, whose names are not being released by the Wisconsin State Journal at the request of the Fire Department, died at the scene. The semi driver refused medical treatment. The Sheriff's Office has not released information about the driver of the semi or the company with which it was affiliated.

In heavily gerrymandered Wisconsin, Gov. Tony Evers is the only resistance to state Republicans eager to reshape elections to aid their party.

Police say a Milwaukee man charged Wednesday in the shooting death of his 8-year-old daughter told investigators he wanted to teach his children about gun safety before inadvertently firing the weapon.

Cases and hospitalizations also remain high, but "we could be in a good position" once the omicron wave ends, an official said. 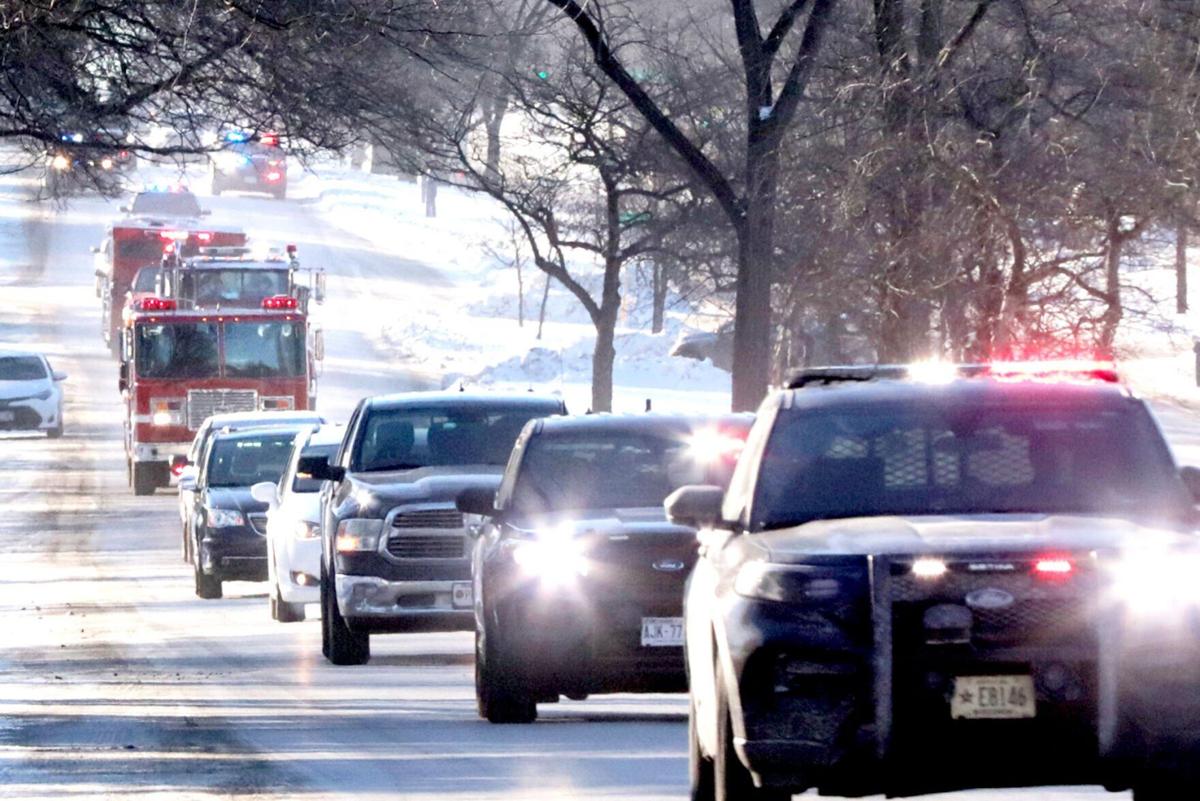 First responders escort the bodies of Capt. Brian Busch and firefighter James Ludlum, who died in a crash Thursday while responding to a call. The procession, seen here on Midvale Boulevard in Madison, started in Dodgeville and ended at UW Hospital, where autopsies were to be performed. They are the first on-duty deaths in the history of the Mineral Point Fire Department, an institution that predates statehood. 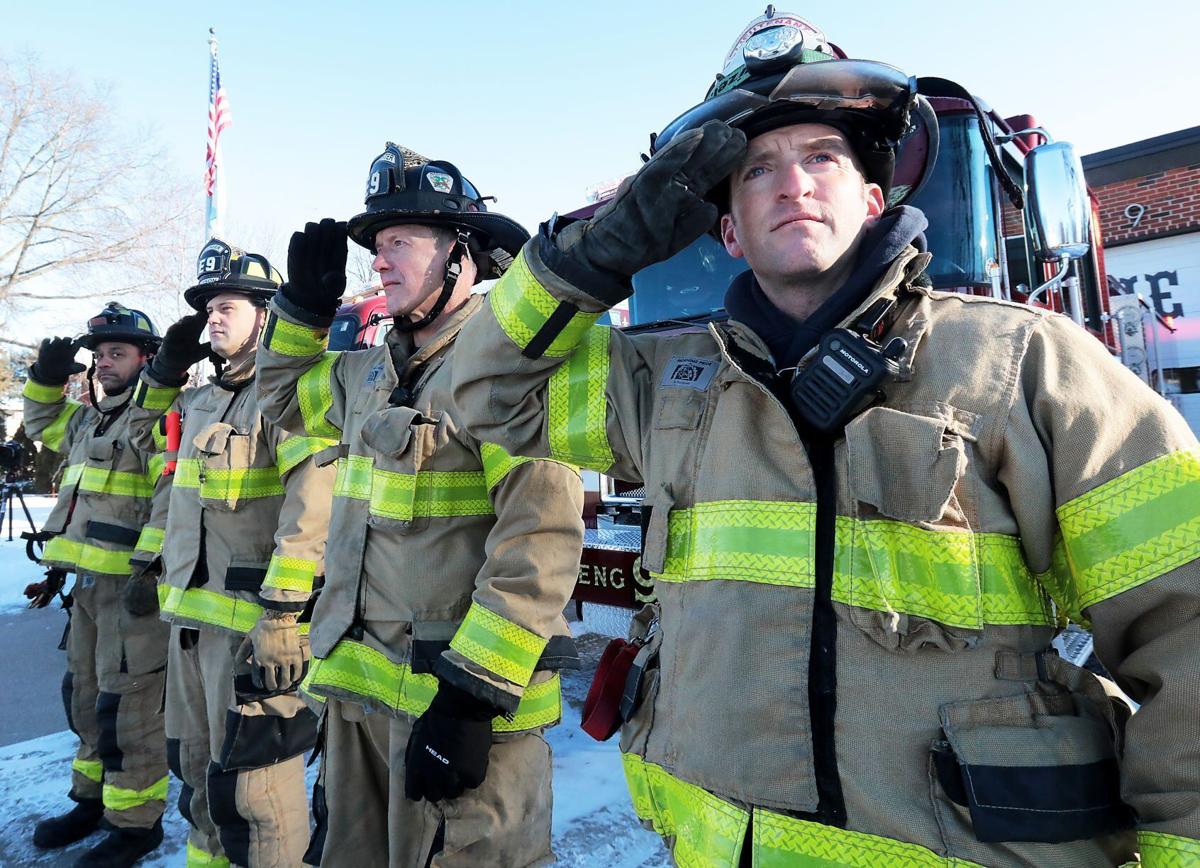 Members of the Madison Fire Department at Station No. 9 pay their respects Friday as a procession carrying the bodies of two fallen Mineral Point firefighters passes the station house on Midvale Boulevard. From left are firefighters Jason Suttle, Paul Bowers and Bob Baggot, and Lt. Ted Higgins. 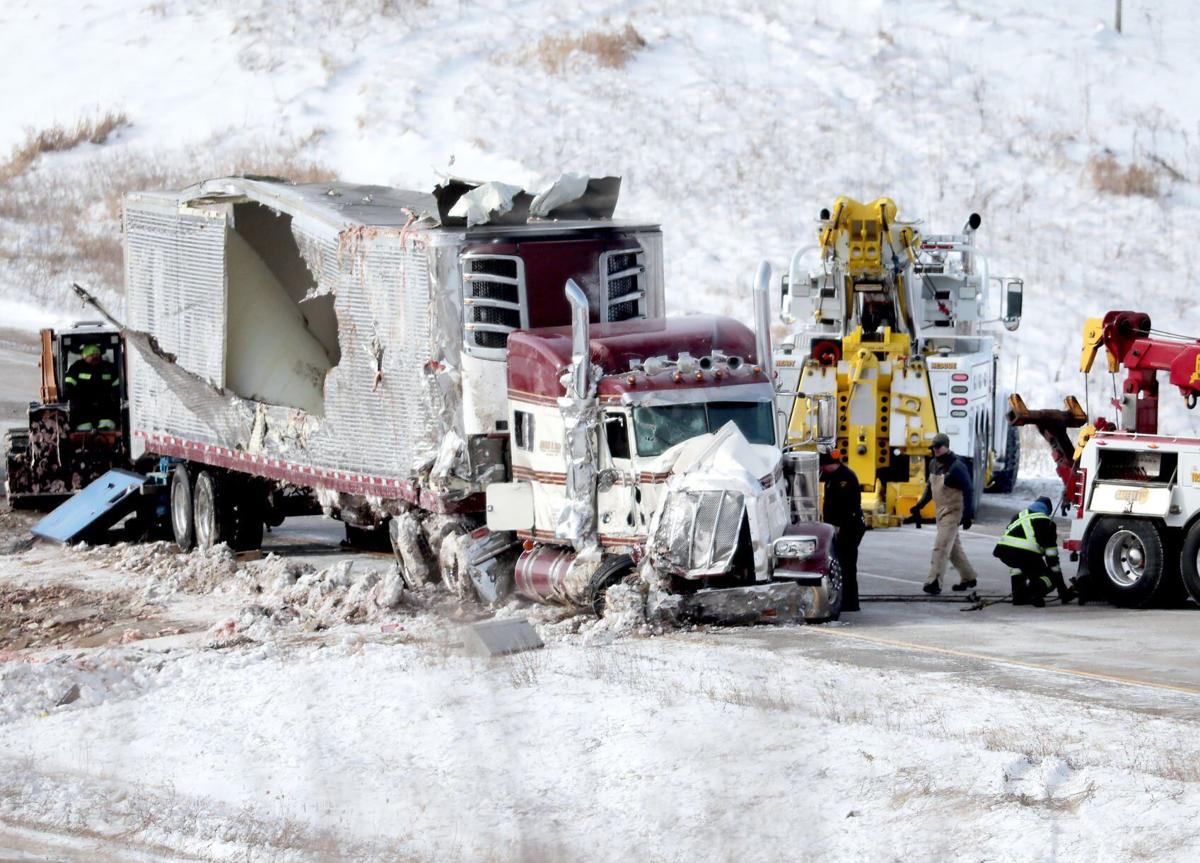 Crews work to remove a semitractor-trailer from the scene of a crash Thursday that killed two Mineral Point firefighters. The names of the victims and the driver of the semi have not been released.