Become a Member
Read Today's E-edition
Share This
Steven Potter: How to file a request for public records from your local, state or federal government
0 Comments
Share this 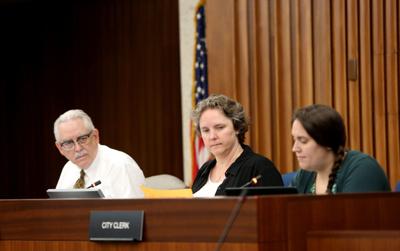 Every time an elected official sends an email, it becomes a public record. When an employee at a government agency makes a purchase, that transaction is the public’s business. Whenever a permit or license is issued by a government authority, this is information you should be able to obtain.

These records, which include everything from construction contracts and meeting minutes to electronic correspondence and court filings, offer a behind-the-scenes look into how governments function. In many cases, public records contain discussions that show how and why individuals employed by city, county, state and federal agencies make decisions and spend tax dollars.

Wisconsin’s open records law begins with a declaration: “In recognition of the fact that a representative government is dependent upon an informed electorate, it is declared to be the public policy of this state that all persons are entitled to the greatest possible information regarding the affairs of government and the official acts of those officers and employees who represent them.”

That’s pretty unequivocal. When government officials at the state and local level create a record — any record — under this law, the public has a right to see it. We are allowed to obtain, inspect and even scrutinize these records.

And that’s exactly what you should do when you want information.

If you have questions about how much a government agency spent on a project or who was at the table for an important committee meeting and how they voted, start by making a public records request.

Commonly used by journalists as well as everyday residents, what are called “open records” or “public records” requests can be made by anyone at any time for any reason.

While the process of making a public records request is relatively simple, it is a formal process nonetheless, and you should follow a few steps.

First, determine what you want to know and who has that record. The person in charge of keeping and managing these documents at an agency or department is known as the “custodian” of public records. It doesn’t hurt to call the agency to find out who that custodian is.

In crafting your request, it may be best to use a simple template. A particularly good one for state and local entities can be found on the Wisconsin Freedom of Information Council‘s website, as the top offering under “Resources.” (For federal records, you need to file what’s called a “FOIA” request, which stands for “Freedom of Information Act.”)

After you’ve filed your request with the record-keeping entity, you wait. Usually, the custodian will acknowledge your request pretty quickly and may tell you when you can expect your records.

Not all records are available. Some personnel — and personal — data and information may be protected. Also, records aren’t kept forever and some may have been deleted, destroyed or lost.

See who the Wisconsin State Journal has endorsed for president, from Biden to Reagan and Honest Abe

Custodians sometimes charge a fee for retrieving records, but you should ask to be informed of any cost beforehand. You also can ask that the request be fulfilled for free, as the law allows. Further, to expedite their processing — and for environmental reasons — you may ask to receive your records electronically.

Requesting public records can take time and a fair amount of back and forth with record keepers to obtain the information you need. But when you have the records, you’ve completed an important check on the balance of power our government has over the public. And you’re one step closer to understanding why and how elected officials and other authorities make their decisions.

Don’t forget: These records are not the government’s records — they’re your records.

Potter is a reporter and radio producer in Madison. Your Right to Know is a monthly column distributed by the Wisconsin Freedom of Information Council, a group dedicated to open government: WisFOIC.org.