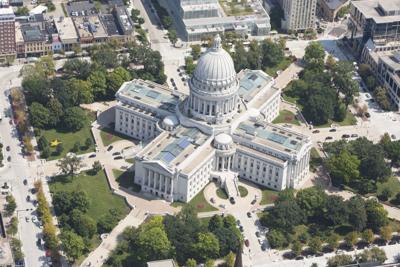 The nation’s highest court isn’t going to rescue Wisconsin or any other states from gerrymandered voting districts.

Citizens are going to have to fix this themselves.

And a renewed push to approve Assembly Bill 303 starts now. Call or write your representative and senator and tell them to get behind this fair process for drawing legislative and congressional districts following the 2020 census.

Back when they controlled the statehouse in 2010, Democrats failed to pass this bill, which mirrors Iowa’s proven model for nonpartisan redistricting. Republicans took power in 2011, rigged the maps for their benefit, and have resisted a good-government process ever since.

Speaker Robin Vos, R-Rochester, and Senate Majority Leader Scott Fitzgerald, R-Juneau, have even refused to allow a public hearing on the question, knowing their excuses for gerrymandering are embarrassingly weak.

Forty-nine of Wisconsin’s 72 counties have passed resolutions opposing partisan redistricting, and voters in eight counties have endorsed a nonpartisan process such as Iowa’s.

The public understands the current partisan process protects many incumbents of both political parties, limits competition on election ballots, and costs taxpayers millions of dollars in legal bills.

Chief Justice John Roberts, in refusing to stop gerrymandering by Democrats in Maryland and by Republicans in North Carolina last week, said “excessive partisanship in districting” is “incompatible with democratic principles.” Yet in writing for a 5-4 majority, he contended the U.S. Supreme Court has no authority or legal standards to limit it.

That was disappointing. If gerrymandering is “unjust,” as Roberts suggested, then a justice of the highest court would seem an appropriate person to address the harm to democracy, as prohibited by the Constitution.

Critics including many of his fellow Democrats claimed Tony Evers was too boring to be elected Wisconsin's governor. They were wrong. And at the recent Wisconsin Democratic Convention, he got his revenge: "Who's boring now?" he crowed, touting his veto pen as a powerful check on the Republican-run Legislature. On this week's "Center Stage" political podcast, Milfred and Hands play clips and comment on his recent convention speech, which reminds Milfred of the ending to "Revenge of the Nerds."

Nonetheless, a court decision was never going to force the Wisconsin Legislature to abide by a neutral system the way the Iowa model would. The ultimate solution is AB 303, approved with bipartisan support. The Iowa model turns over the task of redrawing voting districts following each major census to a nonpartisan state agency insulated from politics. The agency must draw districts that reflect changes in population and are as contiguous as possible while following the boundaries of communities. The agency is forbidden from considering the impact of the lines on politics.

In Iowa, the Legislature still approves the agency’s maps but can’t amend them. And if lawmakers want revisions, they must state in writing their concerns.

To their credit, Reps. Todd Novak, R-Dodgeville, and Travis Tranel, R-Cuba City, have joined Democratic lawmakers in sponsoring AB 303. Rep. Jon Plumer, R-Lodi, said last week he supports the bill, too, and will vote for it. Other Republicans have expressed interest.

With split government at the statehouse, the Legislature has more reason than ever to compromise on a fair process. Lawmakers should send AB 303 to Gov. Tony Evers’ desk.

Tell your representatives to pass AB 303, the Iowa model for nonpartisan redistricting:

On this week's "Center Stage" political podcast, Milfred and Hands "ooh" and "aah" at the fireworks erupting during final debate over the state budget, with Gov. Tony Evers signing -- and partially vetoing -- the state's two-year spending document this week. Assembly Speaker Robin Vos, R-Rochester, and state Sen. Tim Carpenter, D-Milwaukee, trade insults and joust over state policy and spending, with Milfred and Hands providing smart commentary from the sensible center of Wisconsin politics.