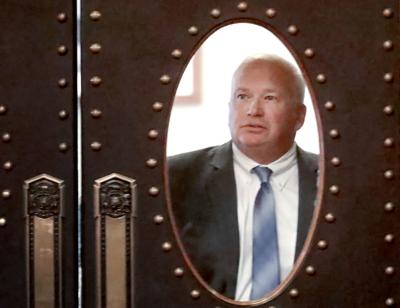 The leaders of the Legislature’s budget committee didn’t like it last week when Gov. Tony Evers tried to pressure them to release money that’s in the state budget to help the homeless across Wisconsin.

Sen. Alberta Darling, R-River Hills, and Rep. John Nygren, R-Marinette, wrote that the Democratic governor’s call for a special meeting of the Joint Finance Committee would have “a chilling effect on our ability to work together.”

We’re all for bipartisan cooperation at the statehouse. But Darling and Nygren need a reality check: What’s really going to be chilling are the freezing if not sub-zero temperatures for homeless people who are stuck outside this winter without housing.

That’s a much more chilling experience than anything Darling or Nygren face in their scheduling disagreement with Gov. Evers.

Thousands of people across Wisconsin, many of them single mothers with children, need help getting out of cold. A special report by the State Journal and other newspapers across the state showed with telling statistics and stories that state government is at a critical point in addressing this distressing problem. Our state spends — and does — far less than neighboring states such as Minnesota to ensure its citizens have a place to call home during harsh winters.

Center Stage: Sing along with this year's political Christmas carols

Darling has co-sponsored some of the homeless bills, including Assembly Bill 119, which would provide $500,000 more annually to homeless shelters. AB 119 has earned unanimous votes of approval from key committees in the Assembly and Senate.

A number of bills to combat homelessness passed the Assembly with broad bipartisan support. Unfortunately, the measures were never voted on in the Senate even though the bills probably had enough to support to pass.

Yet Fitzgerald and a small number of small-minded colleagues, including Sen. Duey Stroebel, R-Saukville, think they know better — even though they haven’t been involved or sought changes to the bills. Stroebel claims the proposals would be “throwing dollars at a complicated social problem.”

Stroebel is right about one thing — homelessness is complicated. But he’s wrong on the rest. The Wisconsin Interagency Council on Homelessness, created by Walker, has gone to great lengths to research best practices, get public input and ensure public dollars will be spent wisely.

Fitzgerald and Stroebel don’t seem to know much or care about the homeless. And they are stiffing desperate people during the holidays, when compassion for the less fortunate is supposed to be a priority.

Voters should demand action. The homeless problem isn’t going to be solved by ignoring it, which seems to be Fitzgerald and Stroebel’s flawed approach.

OUR VIEW: Thousands of desperate people need a hand up with winter arriving early

Homeless shelters get money, now lawmakers should focus on prevention

OUR VIEW: The Senate is still sitting on 7 bills

to prevent the misery of homelessness

A very bad week for the Senate GOP