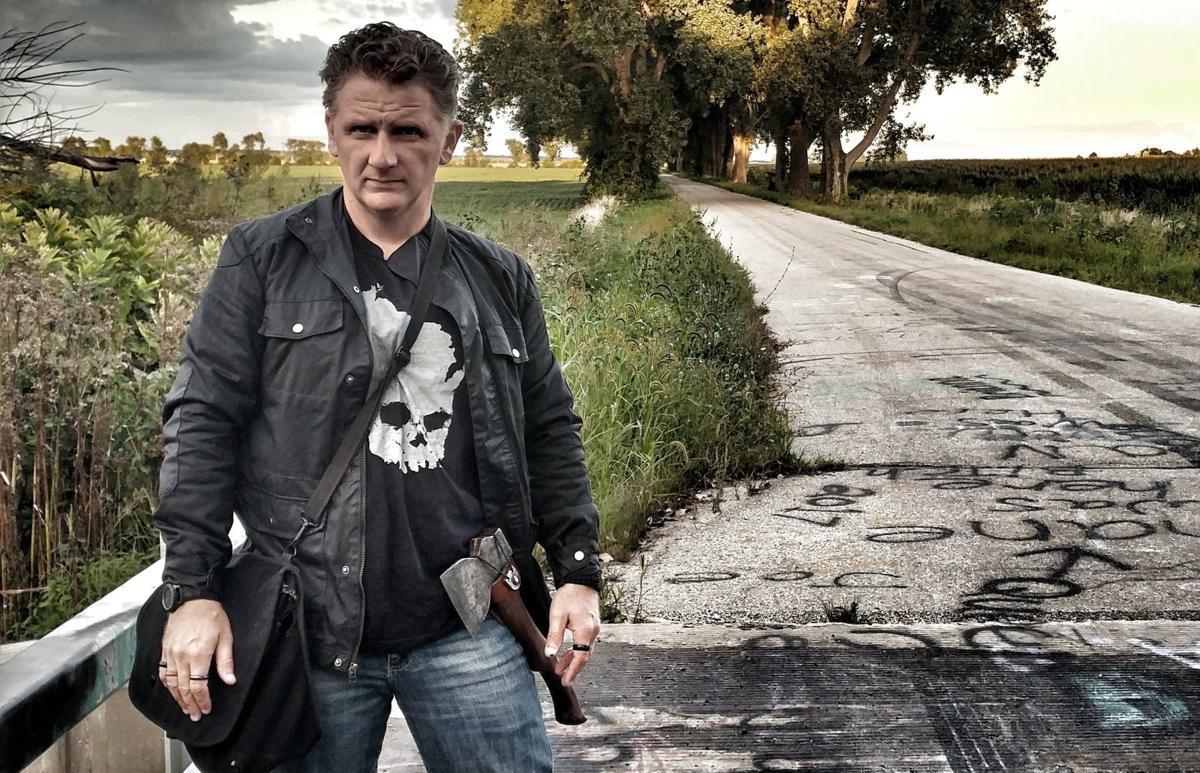 Paranormal researcher Chad Lewis will present his "UFOs of Wisconsin" program at 6 p.m. Aug. 28 at the La Crosse Public Library. 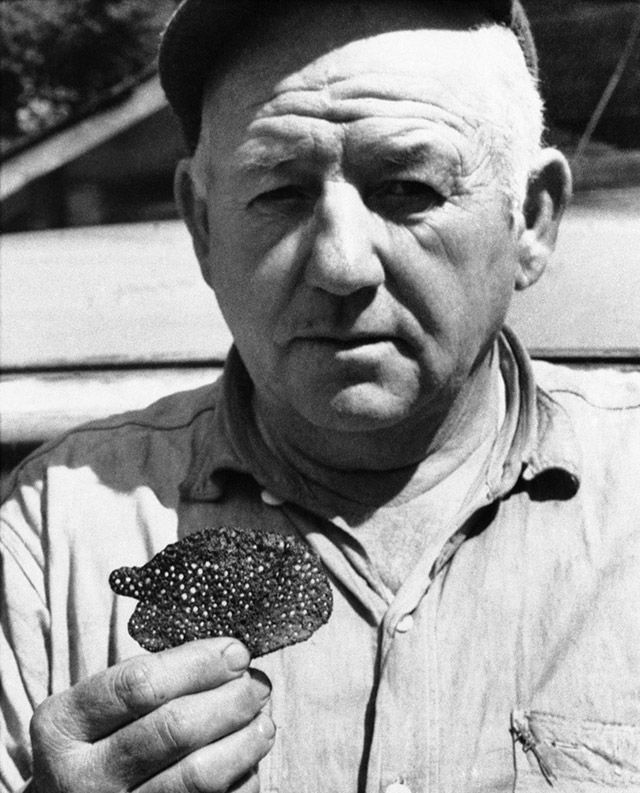 Joe Simonton holds a pancake he says was given to him by an alien. The tale of the Eagle River man's encounter with the otherworldly will be featured in the "UFOs of Wisconsin" program being hosted by paranormal researcher Chad Lewis at the La Crosse Public Library.

It was late morning on April 18, 1961, when a humble plumber in Eagle River, Wis., received a most unusual gift: a plate of bubbly textured, wafer-thin pancakes, served up by a kindly creature of the extraterrestrial kind. Or so he claimed.

The day had started out normally for Joe Simonton, enjoying an early lunch at home on his chicken farm when a UFO descended onto his property and began hovering just above the ground.

A trio of creatures appeared, one clutching an empty jug and gesturing for Simonton to fill it. Seemingly unfazed by their unearthly presence, the man regarded by the community as perfectly sane and down to earth chose not to flee screaming but to run the tap and return the vessel of water to the creatures, who in the meantime had begun cooking something on a flameless grill, according to Simonton’s account.

In gratitude, one of the creatures offered Simonton a quartet of “space pancakes” before setting off into the atmosphere. Remarkably unsuspicious, Simonton had a taste.

“He said it tasted like cardboard,” notes paranormal researcher Chad Lewis, who will share this bizarre tale and others during the “UFOs of Wisconsin” program, which will feature photos and drawings from alleged witnesses and investigative findings, at 6 p.m. Aug. 28 at the La Crosse Public Library.

The story doesn’t end there. Neighbors who say they spotted the spacecraft enroute to Simonton’s farm called the authorities, and members of the U.S. Air Force with Project Blue Book, a program created to investigate and explain UFO sightings, soon arrived. They found Simonton to be a “credible witness but thought he had gone stir crazy on his farm and made it up,” Lewis says.

The Air Force turned the pancakes over to the Food and Drug Administration, which determined the crispy concoctions were regular buckwheat flapjacks.

In a news segment filmed at the scene, available for viewing on YouTube, Simonton tells reporters, “If that was their food, God help them, because I took a bite of one of them and it tasted like a piece of cardboard. If that’s what they lived on, no wonder they were small. ... (When they left) I stood there in the driveway with a pile of greasy pancakes and my mouth open wondering what the heck I just saw, what happened.”

While the story remains one of the most epic Lewis, of Eau Claire, has ever heard, it is not the only case of paranormal activity to be reported in Wisconsin. In fact, three cities claim to be the UFO capital of the world, and one of them, Elmwood, Wis., inspired Lewis’ career path. Having heard about odd happenings in the woods of the Pierce County village, he developed an interest in “why some people believe and why some people don’t.”

By the time he started graduate school at UW-Stout for his master’s in psychology, Lewis had heard from many telling him they had seen ghosts or space invaders. He was deeply intrigued.

“I came to the conclusion very early if I’m going to study the weird, nothing is too weird,” Lewis says. “I really try to approach it as sorting fact from fiction. That they believe this happened to them is fascinating, and it’s something you can’t prove or disprove.”

Lewis says in the past two decades he has investigated thousands of places where outlandish sightings were reported. His adventures include tracking vampires in Transylvania, scouring for ghosts in haunted castles and scoping out the Loch Ness Monster, experiences he has recounted in books, lectures and appearances on the the Discovery Channel’s “A Haunting,” “Weird or What” with William Shatner, ABC’s “Scariest Places on Earth, Monsters and Mysteries in America” and “Ripley’s Believe it or Not” radio.

Despite his numerous investigations, Lewis says he has yet to experience the paranormal himself, noting, “You can hear from people who say their home is haunted but when you get there nothing happens.” He sees himself more as an explorer of folklore, but is open-minded and says many of those he talks to share similar details and don’t cave to attempts to “lead” them.

Of those claiming to be abducted, Lewis says, “If you believe their story, you have to believe life is out there other than us, and not only are they out there but they are visiting us, and for me that’s the scariest thing. I don’t know if it’s happening but I don’t think they made it up. These are normal, rational people who experienced something they can’t explain.”

At his programs, Lewis draws skeptics, die-hard believers and those just looking to be entertained. His presentation is meant to let the audience come to their own conclusions, and Lewis is always eager to hear about any personal encounters.

Forty years ago, Wheeler was patrolling and saw what appeared to be a fire in a quarry. Upon closer look, the officer said he found the source of the light was a UFO the size of a two-story building. He radioed it in before a beam of blue light struck his squad car.

A passerby later discovered Wheeler in his vehicle, the lights, stereo and spark plugs fried. Taken to the hospital, Wheeler claimed his failing health was due to injuries inflicted by aliens. He died within months of the incident. The ordeal and dozens of other reports of close encounters that same year inspired Elmwood’s annual UFO Days celebration.

Lewis hopes to spark some local excitement with “UFOs of Wisconsin,” and some may leave the program with goosebumps, others with skepticism and most with plenty of conversation fodder. None will ever look at pancakes the same.

Emily Pyrek can be reached at emily.pyrek@lee.net.

Paranormal researcher Chad Lewis will present his "UFOs of Wisconsin" program at 6 p.m. Aug. 28 at the La Crosse Public Library.

Joe Simonton holds a pancake he says was given to him by an alien. The tale of the Eagle River man's encounter with the otherworldly will be featured in the "UFOs of Wisconsin" program being hosted by paranormal researcher Chad Lewis at the La Crosse Public Library.