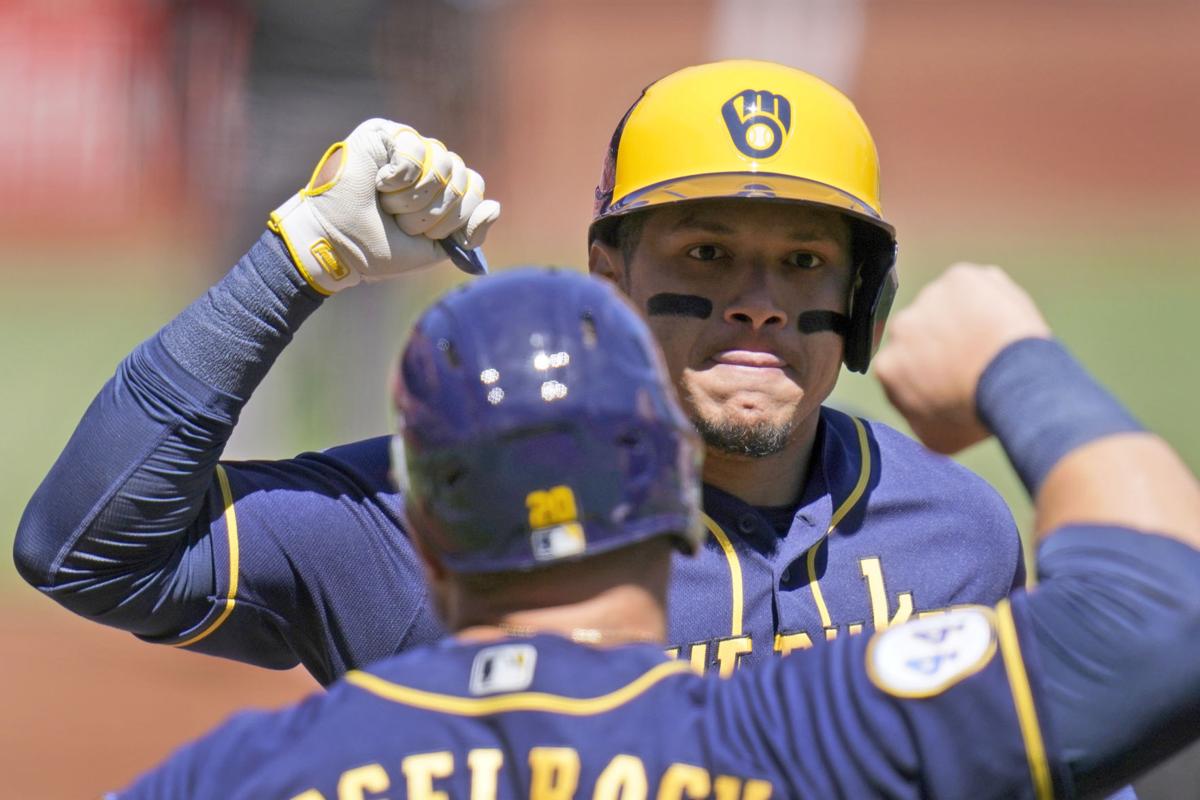 Brewers' Avisail Garcia is congratulated by Daniel Vogelbach after hitting a two-run home run during the first inning Sunday. 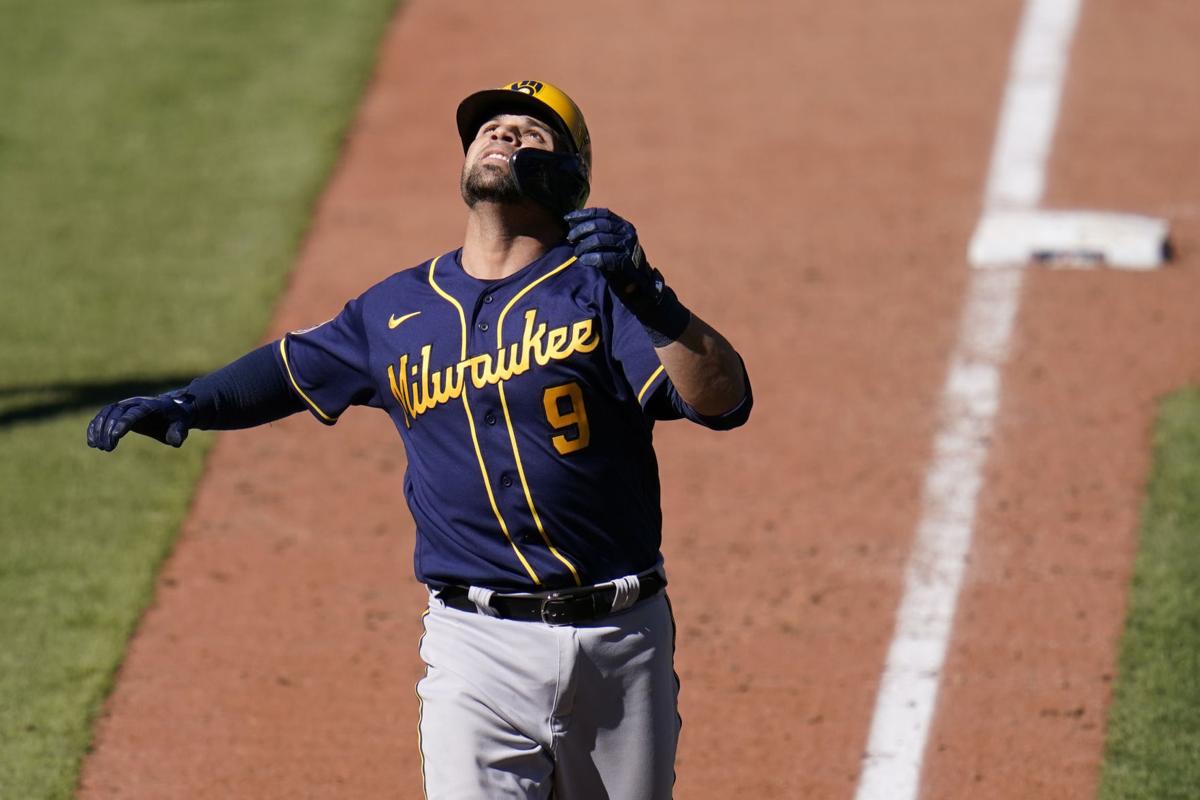 Brewers' Manny Piña runs the bases after hitting a 2-run home run during the ninth inning.

García homered for the second day in a row, Travis Shaw and Manny Piña also connected and the Milwaukee Brewers beat the St. Louis Cardinals 9-3 on Sunday at Busch Stadium.

García, who homered and drove in five runs in a 9-5 win Saturday, and Shaw hit early drives that helped the Brewers build a 7-0 lead in the second inning.

“Any time you score that many in the top of the first, it kind of settles everybody into the game,” Shaw said of the four-run first inning. “We poured some more on in the second. The pitching held on, so it was a good day.”

Austin Dean had a two-run double for the Cardinals, who have lost two in a row after a four-game winning streak.

The Brewers batted around in the first inning against Daniel Ponce de Leon (1-1). Lorenzo Cain began the game with a first-pitch double, Daniel Vogelbach followed with an RBI single and García homered.

The outburst helped Anderson relax on the mound. He drew a bases-loaded walk in the opening frame to give him an RBI before he ever took the mound.

“You don’t anticipate that, but it’s a good problem to have,” Anderson said. “It was good to see the offense clicking on all cylinders. A little tough to get into a rhythm. Not the greatest outing by any stretch. But I was able to grind through five.”

Garcia hit homers in back-to-back games for the first time since May 22-23, 2019, when he was with the Tampa Bay Rays.

Shaw hit a three-run homer off Ponce de Leon in the second. Shaw left the game as a precautionary measure after fouling a ball off his shin during a fourth-inning plate appearance.

“It’s a little sore, but should be good to go tomorrow,” Shaw said. ”Overall, not terrible.”

Shaw went 5-for-10 in the series with four RBIs.

The Brewers won two out of three games against NL Central rivals Chicago and St. Louis on the trip. Their starting pitching shined in both series.

“It’s a strength of the team,” manager Craig Counsell said. “And they’ve delivered thus far this season. They’ve all done their job and each time out given us a chance to win.”

Anderson allowed one run on four hits. He struck out one and walked two.

“You get on a roll and you try and pass the baton on to the next guy,” Anderson said.

Piña added a two-run homer in the ninth.

“I could not get going,” he said. “I did my usual warmup, felt pretty good getting out there. I got on the mound and there was just nothing there.”

Milwaukee outfielder Christian Yelich left the game in the second inning with back soreness. He is considered day-to-day, according to Counsell. ... Jace Peterson started at second base in place of Kolten Wong, who is on the 10-day injury list with an oblique issue. Peterson underwent cryotherapy on a sore thumb after spring training was completed. “It seems to be working,” he said.

Brewers right-hander Freddy Peralta (1-0, 0.00) will be opposed by Cubs right-hander Adbert Alzolay (0-1, 7.20) in the first of a three-game series on Monday in Milwaukee. Peralta is 3-1 with a 3.78 ERA in seven lifetime appearances against Chicago.

Brewers' Avisail Garcia is congratulated by Daniel Vogelbach after hitting a two-run home run during the first inning Sunday.

Brewers' Manny Piña runs the bases after hitting a 2-run home run during the ninth inning.