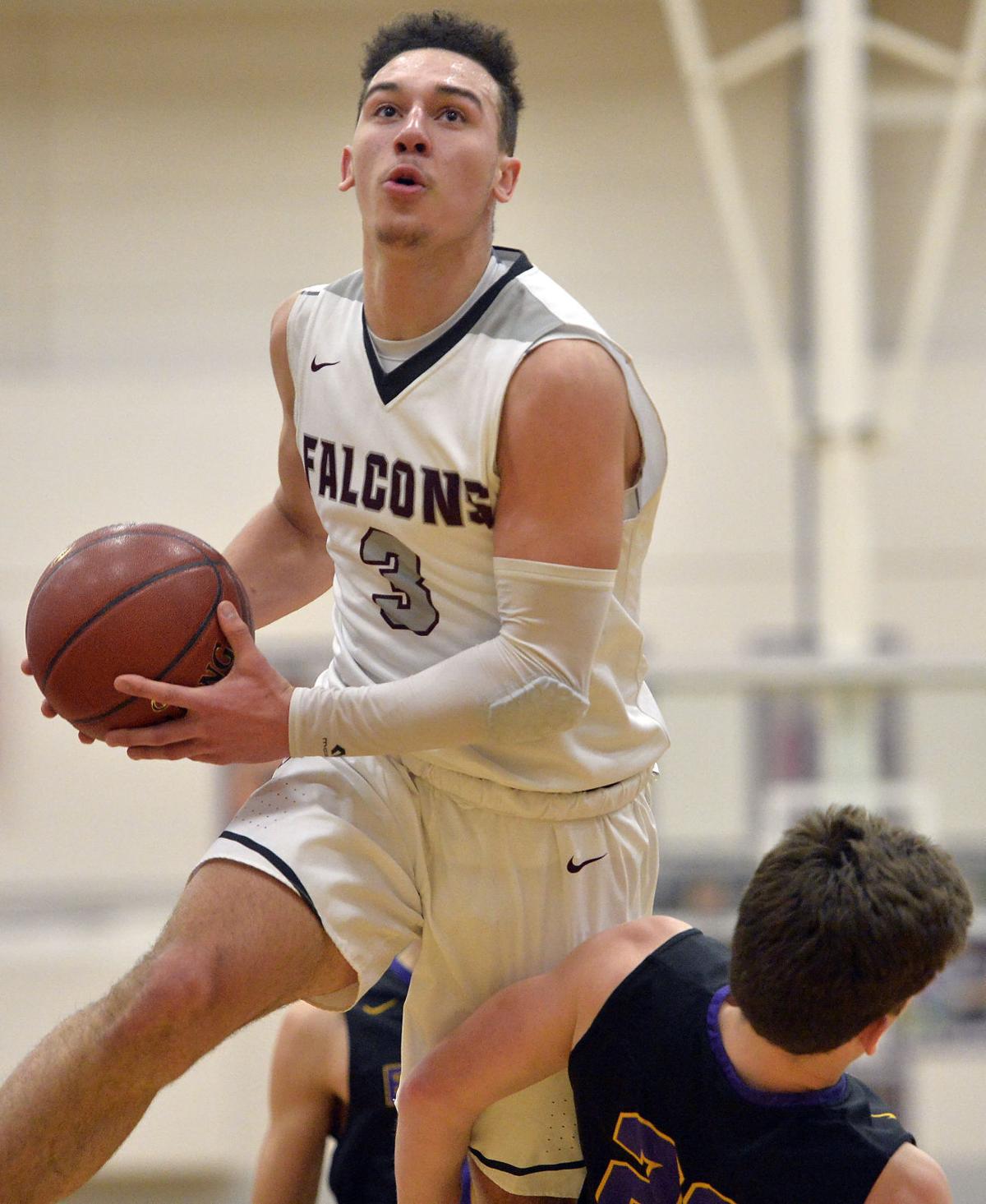 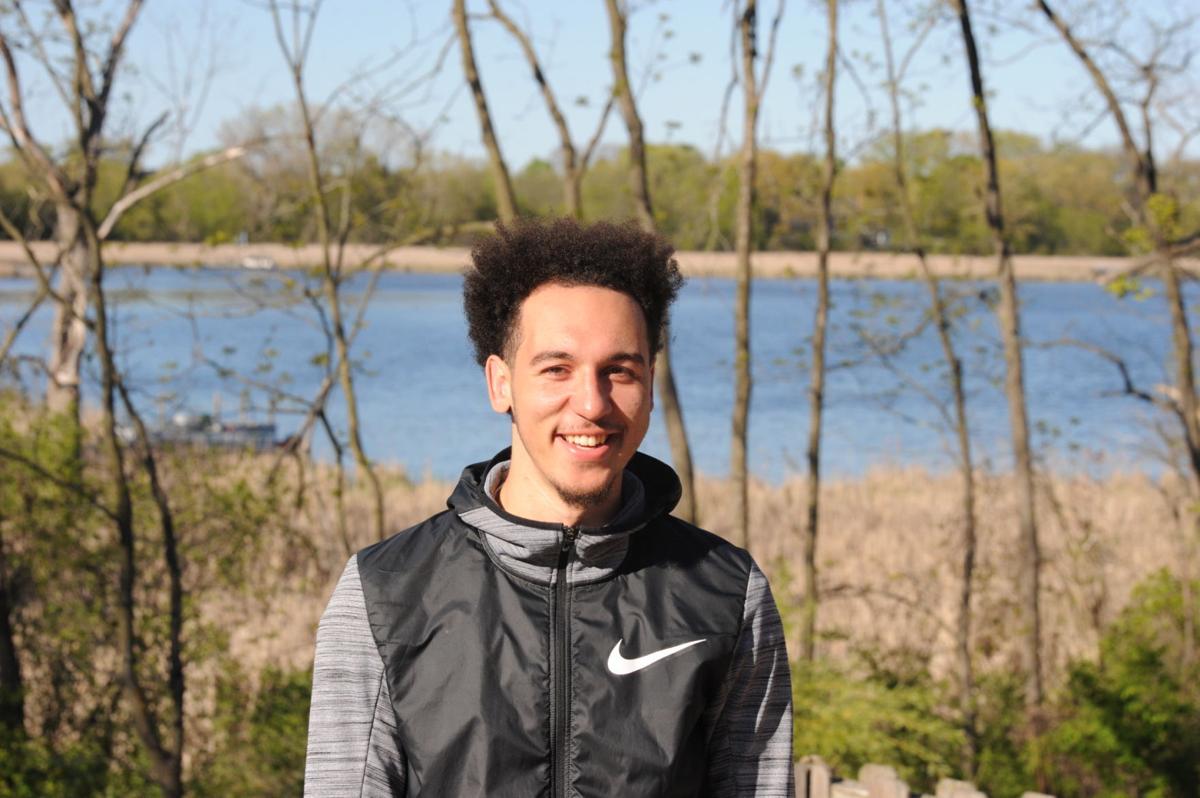 MIKE RAMCZYK For The Kenosha News

SALEM LAKES — It’s a story of determination, patience and the relentless pursuit of dreams.

Jaeden Zackery, a 2019 Central graduate who led the Falcons’ boys basketball team to unprecedented heights, always knew he wanted to play big-time college basketball, even when he started dribbling as a little boy.

“I really fell in love with basketball since the start,” said Zackery, 19, who lives in Salem Lakes, about five minutes south of Central. “It was always my go-to, but I really noticed I loved it more in my senior year of high school and prep school.

“It kind of opened my eyes and made me realize I really do love basketball. I’ve always had a dream to play basketball at a high level, and I wouldn’t short myself on that dream. That’s what pushes me.”

In early May, Zackery got a direct message on Twitter from a Boston College assistant coach saying the team wanted him to play point guard.

The big day finally came for “JZ,” who posted “100% committed,’ with a photo of him in a Boston College jersey, on his Twitter feed May 10.

It was the pinnacle of an improbable journey that began with limited recruitment coming out of high school and included stops in Pennsylvania and Florida, along with the challenges of the COVID-19 pandemic.

Now, Zackery is headed to play in the Atlantic Coast Conference against the likes of college basketball blue-bloods Duke, North Carolina and Louisville.

“After senior year (of high school), I ended up going a whole different route, and it definitely all paid off,” Zackery said from a basement bar stool in his Salem Lakes home recently. “I already have a year of college under my belt. It’s good to know you have a good chance to play.

“(Boston College assistant) coach (Chris) Markwood just got the job. I got a text from (Markwood), he followed me on Twitter. They had no point guard. Only one is a senior. They got my number from one of my (junior college) coaches and texted me.

“The way he was saying it, it was like, ‘All right,’ his first year, my first year, I’ll probably grow with them.”

Zackery could’ve taken offers from programs in lower divisions out of high school, but he bet on himself by taking an unorthodox route in hopes that, eventually, a few Division I offers would lead to more, and he was right. He started getting Division I offers just about every day after playing in junior college this past season, and at least 10 mid-majors reached out.

Zackery began to gain national attention with his stellar play for Scotland (Pa.) Prep School during the 2019-20 season, so he transferred to National Junior College Athletic Association Division I program Chipola College near the Florida Panhandle for the 2020-21 school year.

In Florida, Zackery dazzled with his explosiveness to the rim, passing abilities and outside jump shot, something he worked tirelessly on to improve from his high school days.

Zackery didn’t take many 3-point shots for the Falcons, where in 2018 as a junior he led them to to the WIAA Division-2 State Tournament, the only state appearance in program history.

In early April this year, Chipola College won the Florida Junior College State Tournament, and Zackery was named MVP with 21 points and five assists in the state championship victory.

Then, he played in the NJCAA Final Four in Kansas.

In three games at that tournament, Zackery averaged 19.0 points, 5.0 assists, 3.7 rebounds and 2.7 steals while shooting 6-of-10 from 3-point range, as Chipola had its season end with a three-point loss in the national semifinals.

But the word was officially out: Zackery was ready for the next level.

“Jaeden Zackary is the ultimate floor general, and not just when the ball is in his hands,” Jones said. “He’s a nightmare leading the break because of his elite vision and his ability to finish through defenders. His high IQ is also a reason you want him initiating your half-court offense and anchoring your defense.

“’JZ’ has a strong, sturdy frame, but he is also deceptively quick and athletic. No, he’s not flashy, but he is a DUDE. JUCO State Champ/MVP. If you’re not recruiting him, you should be!”

Chipola College was ranked as high as No. 7 in the national rankings, and Zackery said his conference was one of the best juco leagues in the country.

Jimmy Butler and Dennis Rodman, for example, are just two names that played at junior colleges and made it to the NBA, but Zackery is focused on working even harder now.

He’s still considered a freshman and has four years of eligibility, since the pandemic gave everyone an extra year.

Zackery admitted that coming out of Central and not really being recruited by any Division I schools was tough, so he wasn’t sure what to do.

“How it started to go toward the end of the season, the ‘dead period’ was June, and we couldn’t visit. Around the state and national tournaments, scouts watched online. I didn’t have a highlight tape until after the season.”

Preparing for the East Coast

Zackery said he lifts weights at a gym in Mundelein, Ill., about a 30-minute drive from his home in Salem Lakes, and puts up hundreds of shots whenever he can with his dad, Marcus, at the Pleasant Prairie RecPlex or at Central.

Marcus Zackery coaches a youth traveling basketball team at the RecPlex, so Jaeden sometimes joins and works on his game.

More of a driving point guard in high school that was electric on the fast break, Zackery is developing his outside shot at the collegiate level.

“I’ve developed a shot a lot more,” he said. “This year, teams packed it in because I’m good at driving. I’m doing well at all three levels. I wasn’t able to get to the hole as much, so I started shooting. I got in the gym more and worked more on form for shots.”

Zackery said adult life has been fun, and his parents, Marcus and mom Andrea, came out to Pennsylvania to watch him play a few times when he was in prep school.

They were also able to watch the big games at Chipola.

Zackery said his teammates helped him keep his head on straight and focus on basketball, despite the natural temptations of being young and without parental supervision near Panama City Beach.

“We weren’t in a big part of Florida, and the coach had a good hold over us,” Zackery said. “He’d schedule meetings when we were going to go to the beach. Not everybody had cars, and we were far away from any cities.”

Goal is to put in work

Zackery said it will take a lot of hard and extra work to succeed in the ACC, arguably the best conference in the country.

He is expecting a grind, much like he’s had his entire life on the basketball court.

“I want to play, but I know it’s something you have to work into,” Zackery said. “If they have a senior guard or someone, I want to learn from them, because they have experience. When I posted on Twitter, a few players texted me on Instagram.

“It’s been work this whole time until now, so I want to keep that same mentality.”

Zackery said he plans to go to Boston College on June 21, come home for the July 4 holiday and return for the season in late August. He will live with another freshman teammate in the dorms. He said the school is right next to the city of Boston, and “it will be a good experience.”

“Most importantly, my parents have pushed me to this point,” Zackery said. “All the coaches I’ve had, they’re always texting and checking up on me, recruiters on social media. ... I want to thank them.”

From Riverview School in Silver Lake, where his mom is the principal, to Central’s first State Tournament, out east to Pennsylvania, down south to Florida, and now back to the East Coast in Boston, Zackery has made a lasting impact in the hearts and minds of community hoops lovers.

For all of the kids growing up in the area that want to be the next “JZ,” Zackery has a simple message: Believe in yourself.

“Coming from a small town, just bet on yourself, whatever you believe in, just push for that, that’s what I did coming out of high school and prep school,” Zackery said. “Nobody thought I’d be going to the ACC, and I didn’t even think that for the most part.

“Whatever you feel you can get to, push yourself to that point.”

Michael Finley becomes just the third Badgers player to have their number retired, joining Frank Kaminsky’s No. 44 and Ab Nicholas’ No. 8.

Kyle Blackbourn will serve as the Badgers men's basketball team's new director of recruiting and scouting. 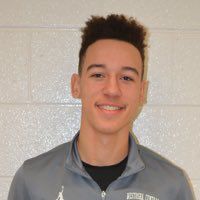