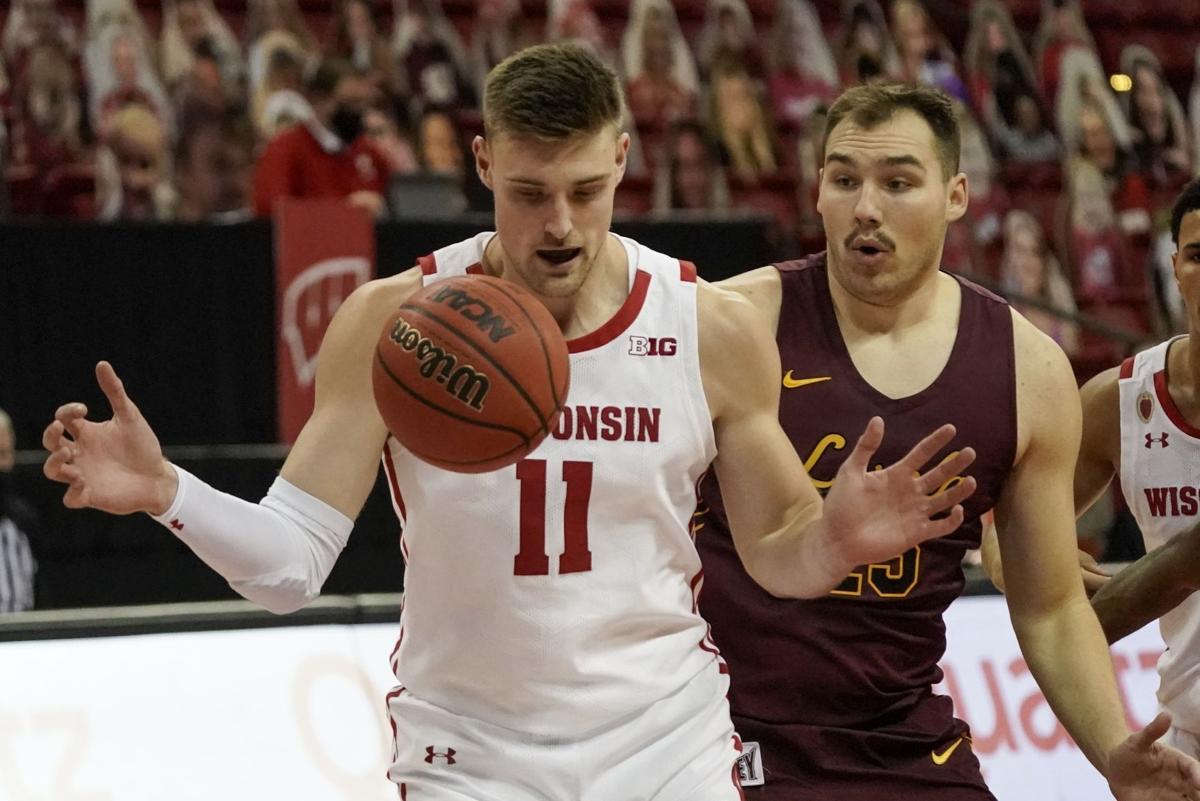 Wisconsin's Micah Potter and Loyola Chicago's Cameron Krutwig go after a rebound during their game last season in Madison, Wis. 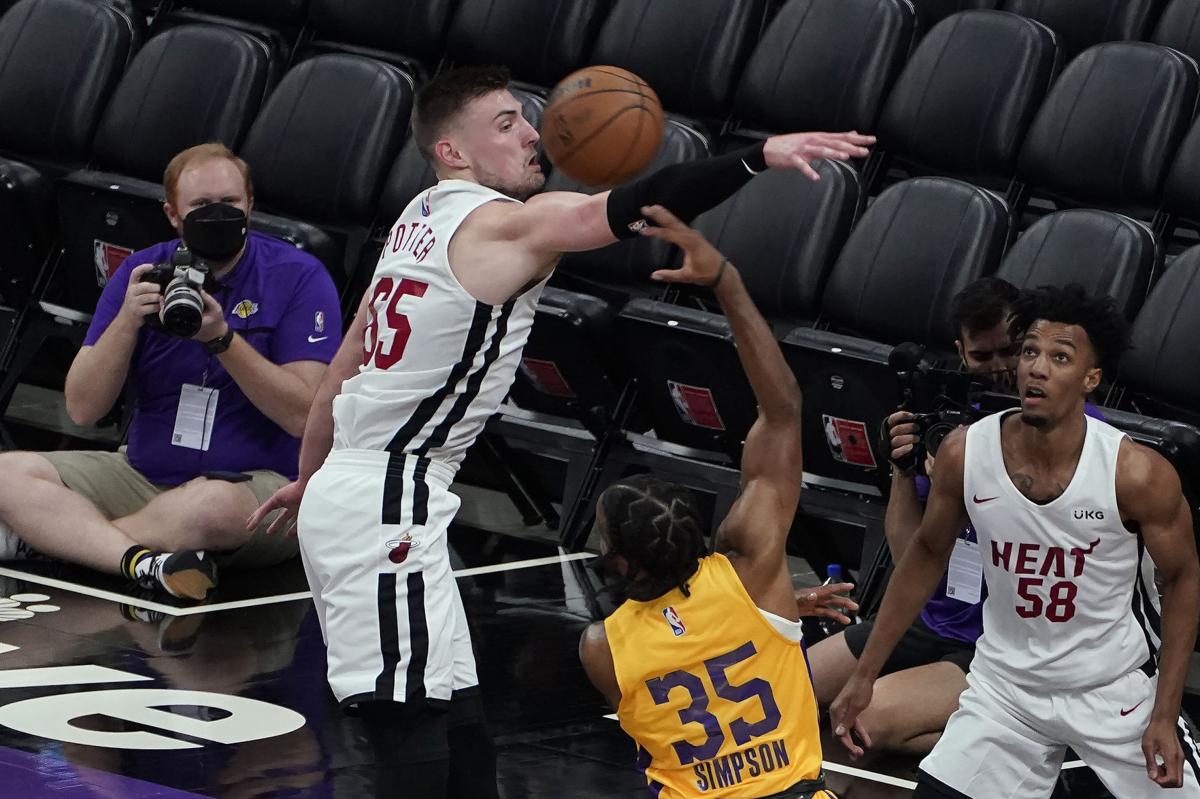 Three former Badgers competed in the 2021 Summer League, with two of them leading their respective teams in scoring during one of their four matches. Micah Potter played with the Miami Heat, D’Mitrik Trice was on the Milwaukee Bucks’ roster and Class of 2017’s Vitto Brown suited up for the Phoenix Suns.

While all three players have different deals and paths in front of them, they all are chasing a coveted NBA spot. Here’s how the three former Badgers performed in Summer League and what it could mean for their professional careers.

Potter entered Summer League with the most certainty of appearing on an NBA roster once the season starts. The Heat signed him in July to an Exhibit 10 deal — he either will have a roster spot on the Heat, their G-League affiliate or a swing spot come the beginning of the NBA season.

Potter shot 27.3% from 3-point range, which was a 10% drop from his performance as a senior at UW. He also struggled with ball control, averaging 2.3 turnovers per game.

His breakout performance came in the Heat’s last game against the Mavericks on Tuesday. He led Miami with 15 points and 10 rebounds.

The offense lands some counterpunches on the defense after a slow start to fall camp.

Trice wasn’t offered a deal past Summer League, but the Bucks did offer him a roster spot to play in Vegas. He told the Wisconsin State Journal in July that even just the opportunity to play in Summer League would help him garner professional interest.

Trice scored 24 points on 10-for-16 shooting, including 3 for 6 from beyond the arc, in his final game. He added three assists and one rebound in the loss to the Nuggets on Monday.

He played in four games for the Bucks, averaging 12 minutes, 8.0 points, one assist and one rebound per game.

Landing a spot on a Summer League squad as a 26 year old is uncommon, but Brown accomplished it. Brown returned to the U.S. to play for the Suns in Vegas after multiple seasons in the G-League and one overseas in France.

Where: Exhibition game at the Kohl Center

Series: The Badgers last played Whitewater in an exhibition in 2008. UW beat the Warhawks 64-47.

Where: Home opener at the Kohl Center

Series: This is the first time the Terriers and Badgers play each other.

2020-21 season: The Phoenix finished seventh in the Horizon League at 8-12 in the conference last season.

Series: This will be the 15th time the teams play, with UW holding a 13-1 edge in the series.

Where: Gavitt Games matchup at the Kohl Center

Series: The two teams have played each other four times. The Friars hold a 3-1 edge over the Badgers. The last time they faced off was in 1996, when Providence defeated UW by two points.

Series: This is just the second meeting between the programs. The Badgers defeated the Aggies 71-69 at home in 1984.

Where: McCamish Pavilion in Atlanta Georgia

Series: ​​The programs have split their two previous meetings. The Yellow Jackets won the last meeting, a 62-61 victory in 2001.

Series: The Badgers beat Nicholls State 86-43 in 2014 in their lone previous meeting.

2020-21 season: The Bears were the third best team in the northern division of the Mid-Eastern Athletic Conference, but only three teams had better records then them at the conclusion of the season. They finished with a 7-5 record and lost to Norfolk State in the championship game of the MEAC Tournament.

2020-21 season: The Redbirds finished last in the Missouri Valley Conference after only winning four games during the conference season and finished 7-18 overall.

Series: UW holds the 2-1 edge over Illinois State in the two teams all time series. The Badgers and the Redbirds played each other in back-to-back seasons in the mid 1990s.

The guard, who spent four seasons in the men's basketball program, transferred to South Dakota following the 2020-21 campaign.

Wisconsin's Micah Potter and Loyola Chicago's Cameron Krutwig go after a rebound during their game last season in Madison, Wis.