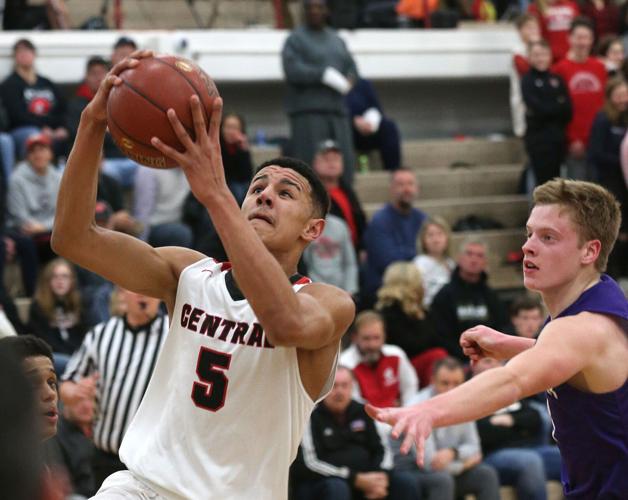 Johnny Davis rises up for a shot during a game for La Crosse Central in his senior year during the 2019-20 season. 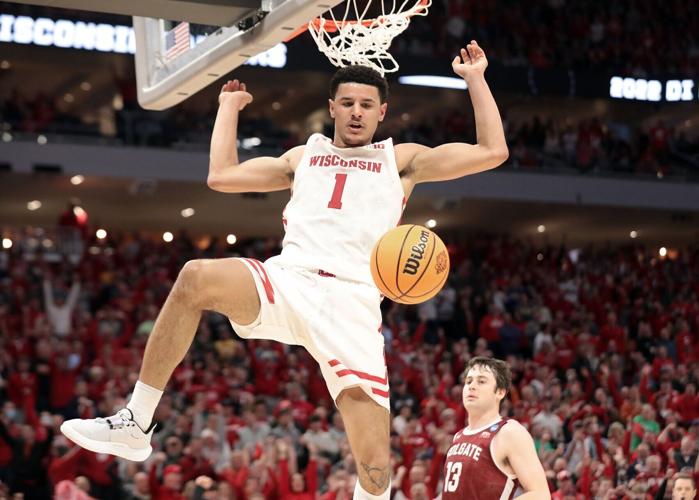 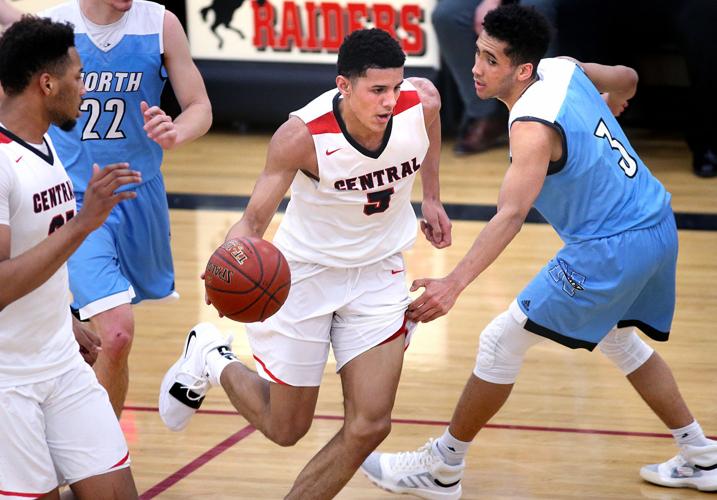 Johnny Davis will have his life changed forever on Thursday.

That, of course, was always the end goal.

Basketball became much more than just a hobby – or something fun to do – years ago for the 20-year-old Central High School graduate.

His desire to be the best has never been questioned, and affirmation of that dedication will arrive when Davis hears his name called as part of the NBA Draft at the Barclays Center in Brooklyn, New York.

“I’ve been ready for this,” the 6-foot-5 guard said from the Minneapolis-St. Paul International Airport on Monday. “It still doesn’t feel real, though.”

It will be as real as real gets when Davis is given his next stop after a meteoric rise in the national spotlight during his sophomore season at the University of Wisconsin.

The question becomes that landing spot, which has been speculated to be anywhere from No. 6 (Indiana) or 7 (Portland) to No. 12 (Oklahoma City) over the past month. More recent mock drafts seem to indicate a strong possibility of Davis being selected 10th by the Washington Wizards.

Regardless, it’s new ground for a city basketball player and a significant accomplishment for the state of Wisconsin.

Glen Selbo, a 1943 Logan graduate, was the last player from a La Crosse high school to be drafted when he went second overall to the Toronto Huskies in the 1947 Basketball Association of America draft in 1947.

That also made Selbo the first Wisconsin Badger selected in a professional league, and Davis will become the 43rd player to spend at least a portion of his collegiate career in Madison before hearing his name called in the draft.

The path Davis has taken to this point began under the tutelage of his dad, Mark, who played at Old Dominion and was picked by the Cleveland Cavaliers in the fourth round of the 1985 draft.

This experience is a little different for dad, who praised the work of youth coach Shannon Austin and Central coach Todd Fergot did with both Johnny and Jordan over the years.

"This is so exciting," said Mark, who played 31 games with the Milwaukee Bucks, two with the Phoenix Suns and added to his career with teams overseas. "This (process) is so much more than than I expected it to be.

"We're getting so many people wishing Johnny luck and sending cards in the mail. It's crazy."

Teaching Johnny the competitive nature of the game has never been necessary, and that has gone long way in traveling a path that was started by Mark after his playing days concluded.

"The first time I saw them play, I think they were 4 years old," Fergot -- who packed up with his family and left Tuesday morning to drive to Brooklyn -- said of the brothers. "It was part of what was the Junior Raiders program that we had.

"What I remember most was that they were playing one-on-one, and whichever brother lost, he wouldn't even talk because he was so mad about losing. They were both like that, but especially Johnny. He didn't like to lose."

Mark helped foster that by pushing the brothers when he felt it appropriate in their younger years.

"They gravitated toward it naturally because we'd run into friends and they tell them that I was a basketball player and talk about it," Mark said with a laugh. "That made them want to be better than me. I would always talk trash to them, even when they were in fourth grade, and tell them they weren't going to be better than me unless they worked at it.

"Now, they're trying to prove me wrong."

That competitive nature grew during shooting contests and anything else they did together out at the family basketball hoop.

"Oh, no, I wasn't going to let them win," Mark said. "There was no way. I'd send them into the house crying, and my wife (Sarah) would yell at me."

Johnny said that account of those days was accurate. That trash talk, he said, also continues.

"I don't remember us playing a lot of one-on-one, but when we did, he made sure we knew he was still the man of the house," said Johnny said. "It was still a lot of fun and games for us, though."

Mark, for the most part, stressed that he wanted his kids to play hard. Mistakes were going to happen, and not every shot was going to fall through the hoop. But there were no excuses for turnovers or getting beat for a rebound.

That carried over to just about every aspect of Johnny's basketball career and has fueled him through a high school career that included 94 wins, 13 losses and a WIAA Division 2 state title to a roster spot on the U19 Team USA and a gold medal in the 2021 FIBA U19 World Cup to becoming the Big Ten's player of the year for the Badgers in his sophomore season.

It took him to Los Angeles to film a national commercial for Taco Bell and made him an invitee to the draft green room — something reserved for top prospects — of the Barclays Center.

The commercial, by the way, took 10 hours to film, but it has to be a pretty handy tool to show future employers and demonstrate his appeal to a mass audience. Those making the commercial wanted Johnny to wear a purple suit, but he said in an interview that he was chilly to that suggestion because the color matched his fiercest high school rival — Onalaska.

Wisconsin's season didn't end the way he wanted it to end — the Badgers lost a 54-47 second-round game to Iowa State in Milwaukee with an injury limiting what he could do — but he had no choice but to move forward.

While it seems like that would be easy with what awaited, it wasn't.

"It definitely hurt with the way it ended," Johnny said. "There was no way I wasn't going to play the game (despite an ankle injury), and it really stuck with me for a while afterward to know we had a good enough team and a good enough year for a longer run in the tournament, but we became worn down at the end of the season."

Once he put it behind him, the focus became the NBA and workout programs with peers as they prepared together for the biggest night of their respective careers.

Johnny performed well enough to get workouts with Washington, San Antonio (ninth), Detroit (fifth) and Indiana. Whether he goes to one of those teams or another, Johnny will go to bed on Thursday as an NBA player.

The fit is more important than the draft position, he said. A team that needs him on the court immediately is the preference, and his defense, shooting and tenacity are the selling points. Mark thinks teams selecting from the fifth to 10th spots present that kind of opportunity.

How Johnny will make his first impression on that team's fans won't be shared until draft night. The suits worn by players on NBA draft night has become as interesting as their final destinations. Some players go loud, but few remain traditional.

Aside from not wearing purple, Johnny wouldn't share his plan.

Todd Sommerfeldt can be reached at todd.sommerfeldt@lee.net or via Twitter @SommerfeldtLAX

Here's where some mock drafts have Johnny Davis being selected Thursday night:

U.S. swimmer rescued by coach after fainting at world championships

Johnny Davis rises up for a shot during a game for La Crosse Central in his senior year during the 2019-20 season.