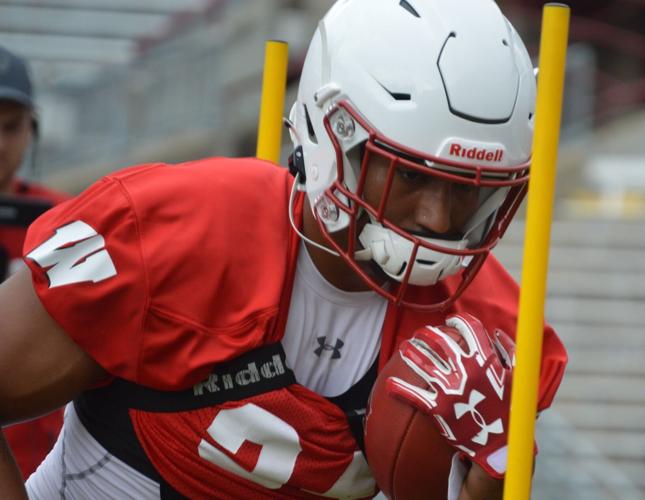 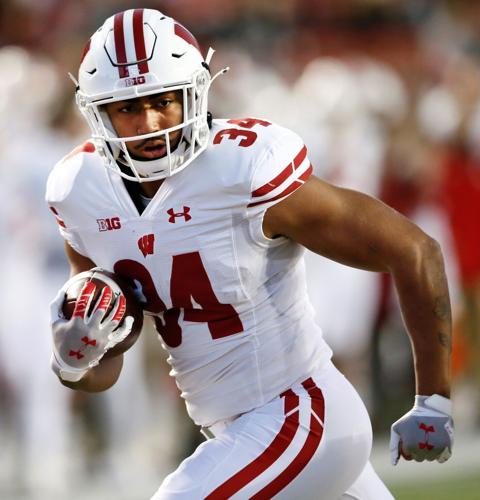 Jackson Acker scores on an 18-yard run during the third quarter against Rutgers last season in Piscataway, N.J. UW won 52-3.

Those attributes bode well for Jackson Acker’s continued adjustment to a different yet prominent position in the University of Wisconsin backfield.

Johnson said in late March that Acker, a Verona Area High School graduate, was learning roles at two positions: running back and fullback. UW unveiled its 2022 roster last week, and the program designated the redshirt freshman as a fullback.

“When they first pitched the idea last year, they made it clear that I wouldn’t just be a blocking fullback,” Acker said. “They’d get me out, give me balls, have me run routes. And so I feel like the prior experience I did have at tailback and running routes will definitely help a lot, and it’ll carry over to this new position.

“So as of right now, I feel like the biggest thing is just getting down blocking techniques and all that. But I feel great. I feel comfortable at this position.”

He gained 34 yards on six carries with a touchdown in two games as a running back last season. He worked up to 240 pounds during spring practices and starts fall camp listed at 6-foot-2, 238 pounds. The toughest aspect of the switch from running back to fullback involves one of the position’s main responsibilities.

“As a running back, you never really had to put a body on someone like that,” Acker said. “You’d be the one getting hit. You would be the one hitting people.

“The passing, catching sort of carried over from that tailback experience. But I feel like blocking is definitely the biggest thing for me to work on.”

Johnson likes Acker’s willingness to adjust and learn. What stood out to the coach in the spring was the young back did not commit many mental errors.

“You need padded practice, and you need reps blocking,” Johnson said. “He’s a smart player, and he is learning the offense, learning the run, learning the pass, learning the protection, and then kind of just going from there day-to-day on blocking and how to become a better blocker and a more consistent blocker. And so he’s done a good job.”

Acker has the potential to be the next in a line of players who have played a significant role at fullback. The list of standouts includes Derek Watt, Austin Ramesh, Alec Ingold, Mason Stokke and John Chenal, who all have been featured and excelled in various ways at fullback during Paul Chryst’s tenure as UW’s coach. Watt and Ingold moved on to sustained careers in the NFL.

“We’ve been pretty fortunate recently where we’ve had the starter and we’ve had a pretty good backup, where this one is a little bit more of a gap” between Acker and the potential backups, Chryst said. “… I’m thinking about Jackson Acker, really talented, like him, but different than when Alec Ingold ran there behind Derek Watt.

“Chenal was behind Alec, Mason Stokke was a good player for us. So there’s a little bit of a gap there (behind) Jackson, but I like what he’s got and I think it’s our job to adjust accordingly as he continues to grow.”

James Mueller, 76, and Donna Mueller, 75, of Janesville died of their injuries after the lightning strike in Lafayette Park, directly outside the White House complex,  police reported.

Jackson Acker scores on an 18-yard run during the third quarter against Rutgers last season in Piscataway, N.J. UW won 52-3.