As Packers proceed with caution, could Aaron Rodgers miss all of preseason with sore back?
0 comments
Share this
{{featured_button_text}}

Yes, the Green Bay Packers quarterback confirmed Sunday, he is the same guy who played all of last year with a fracture in his knee, suffered in the first half of the season’s first game. And yes, he said, he is indeed the same guy who played with a mobility-limiting torn calf muscle late in the 2014 season, including a pair of playoff games.

So yes, he said, if his team was playing games that would be counting in the 2019 NFC North standings, he would be sucking it up and playing through the back tightness that has been bothering him since last week. In fact, he said when he meandered through the locker room Sunday afternoon, he would have practiced Sunday instead of spending practice getting further treatments while backups DeShone Kizer, Tim Boyle and Manny Wilkins manned the quarterback position.

But because the 35-year-old Rodgers’ sore back is a legitimate issue, one that kept him out of last Thursday night’s preseason loss at Baltimore and had him in the visitors’ locker room of M&T Bank Stadium getting treatment on it before kickoff even after being scratched from the starting lineup, his status for the Packers’ Week 3 preseason game against the Oakland Raiders is still up in the air.

“You’d like to get him some game action, but, again, he’s a veteran guy who’s played a lot of football,” coach Matt LaFleur said after Sunday’s practice. “I mean, 14 years in the league, there’s not much that he hasn’t seen. So it’s not overly concerning to me.”

Rodgers, who stood on the sideline for the first half of the Packers’ 26-13 loss to the Ravens, said he went back into the locker room during the second half to get more treatment and get him off his feet. LaFleur had been expecting Rodgers to practice on Sunday after the players had Friday and Saturday off, but the team decided to hold him out instead.

LaFleur once again called the decision “precautionary” and knocked on wood — literally — when asked after practice if he was concerned about the issue lingering into the regular season, which the Packers will kick off Sept. 5 against the Chicago Bears at Soldier Field.

“I hope it’s not,” LaFleur said. Asked what the plan is for the rest of the week, LaFleur replied, “Day by day.”

The Packers have two more practices this week before leaving for Canada and their preseason matchup with the Raiders at Winnipeg, Manitoba’s IG Field, home of the CFL’s Winnipeg Blue Bombers. They’ll hold the final open practice of training camp on Monday, then have a closed-to-the-public practice on Tuesday before departing for Winnipeg on Wednesday.

If the Packers decide they’d be putting Rodgers at risk by playing him in a game that’s being staged at a non-NFL field or if his back doesn’t improve enough before they depart Wednesday, they could conceivably get him some work in the preseason finale on Aug. 29 against the Kansas City Chiefs at Lambeau Field — even though the vast majority of NFL teams, including the Packers, hold their starters out of their last preseason game.

The issue with playing Rodgers against the Chiefs is, because their opener against the Bears is on a Thursday night, playing Rodgers would reduce the amount of rest he’d get in advance of the opener. Also, would the Packers play all their offensive starters along with Rodgers? If not, then what would the point be of having him play?

“That’s something maybe we’d consider,” LaFleur said of playing Rodgers against the Chiefs. “But with the way our opener falls on Thursday, I don’t know. I mean, I’d have to put more thought into that. Right now, I’m just kind of taking it day by day to see where we’re at.”

Since he’s playing in a new offense for the first time since Mike McCarthy was hired in 2006 — Rodgers’ second season as Brett Favre’s understudy — presumably there’d be some value in him getting game reps with the other starters.

That said, much of the value would be procedurally — hearing LaFleur call the play in his helmet speaker, passing the play on to the rest of the offense and breaking the huddle, getting up to the line of scrimmage and experiencing the in-game timing of the offense. Because most teams, including the Packers, run bland schemes in preseason, it’s not as though Rodgers would be running a lot of the plays he’ll run against the Bears.

“I think for him, we just have to always push him mentally — whether he’s out there (on the field) or not — and always test him or push him because I think that’s something he thrives on and he loves,” offensive coordinator Nathaniel Hackett explained. “He’s played a lot of football in his career, and I think it’s just about continually pushing him mentally no matter what. All the time, I think that’s what would really drive him and get him ready.

“Whenever you look at the preseason, it’s a give-and-take. It’s a risk/reward. Look, of course you always want certain people out there. But at the same time, you want to be ready for that opening day. I think that’s always the most important thing.

As the Green Bay Packers mark the 100th anniversary of the August 1919 meeting in Green Bay where the team was first organized, Lee-Wisconsin …

Photos: With Aaron Rodgers out, Packers can't hang with Ravens in preseason matchup

As quarterback Aaron Rodgers sat out with back tightness, the Green Bay Packers lost to the Baltimore Ravens, 26-13, in a preseason matchup Th…

Photos: Packers legend Bart Starr led a full life — on and off the field

The Green Bay Packers announced Sunday that Bart Starr, the quarterback and catalyst of Vince Lombardi's powerhouse teams of the 1960s whose s…

Check out photo galleries from every game of 2019, from the preseason through the end of the regular season and the playoffs — if the Packers …

Video: Will the Packers bounce back this season?

Video: Is Aaron Rodgers being drafted too high in FF?

Video: Who will win the NFC North? 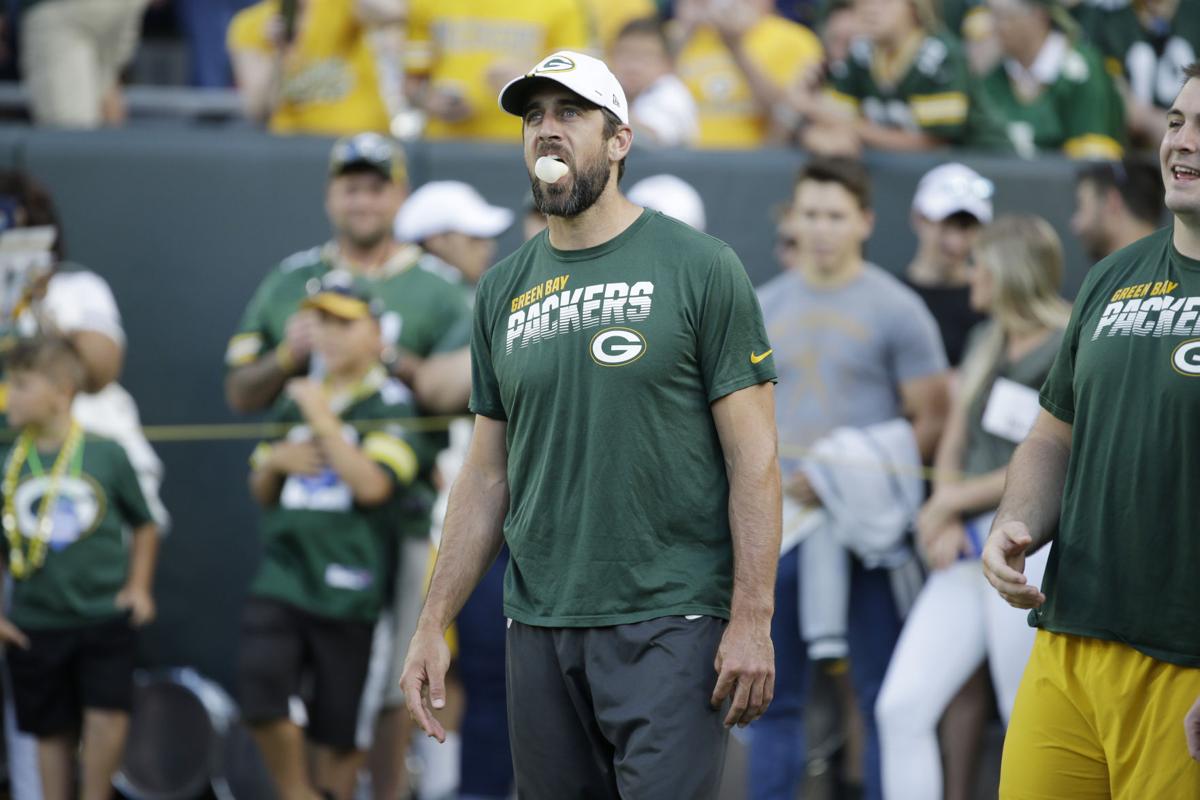 Packers quarterback Aaron Rodgers roams the sidelines before the preseason opener against the Ravens. 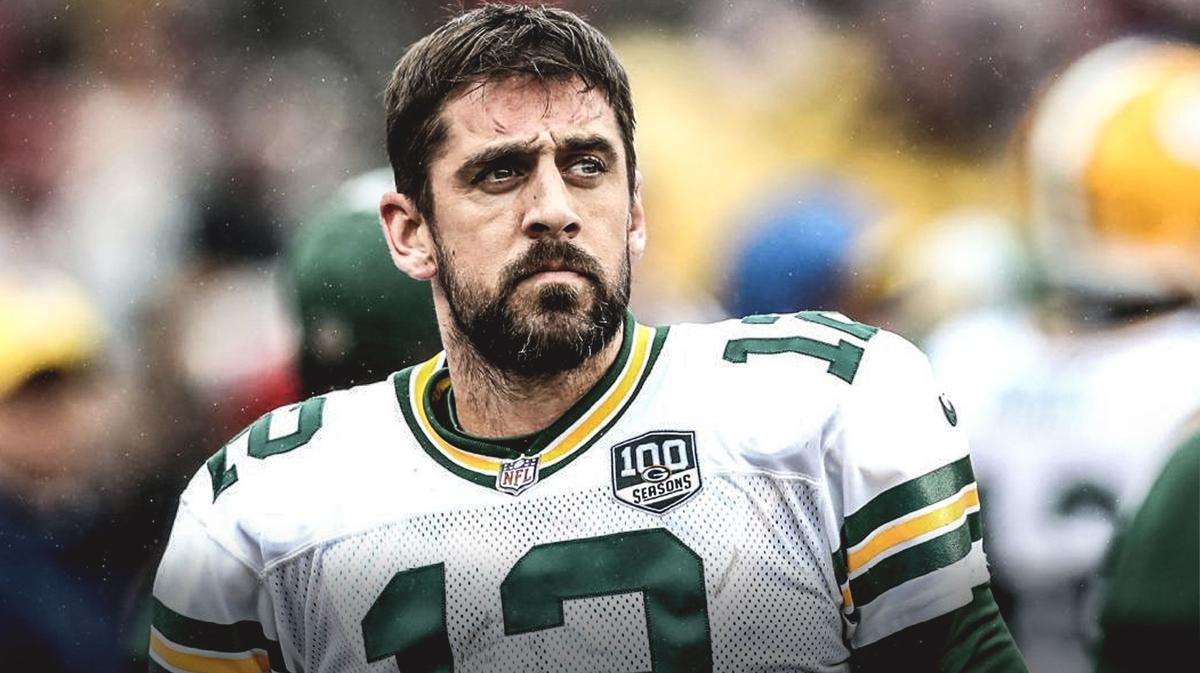