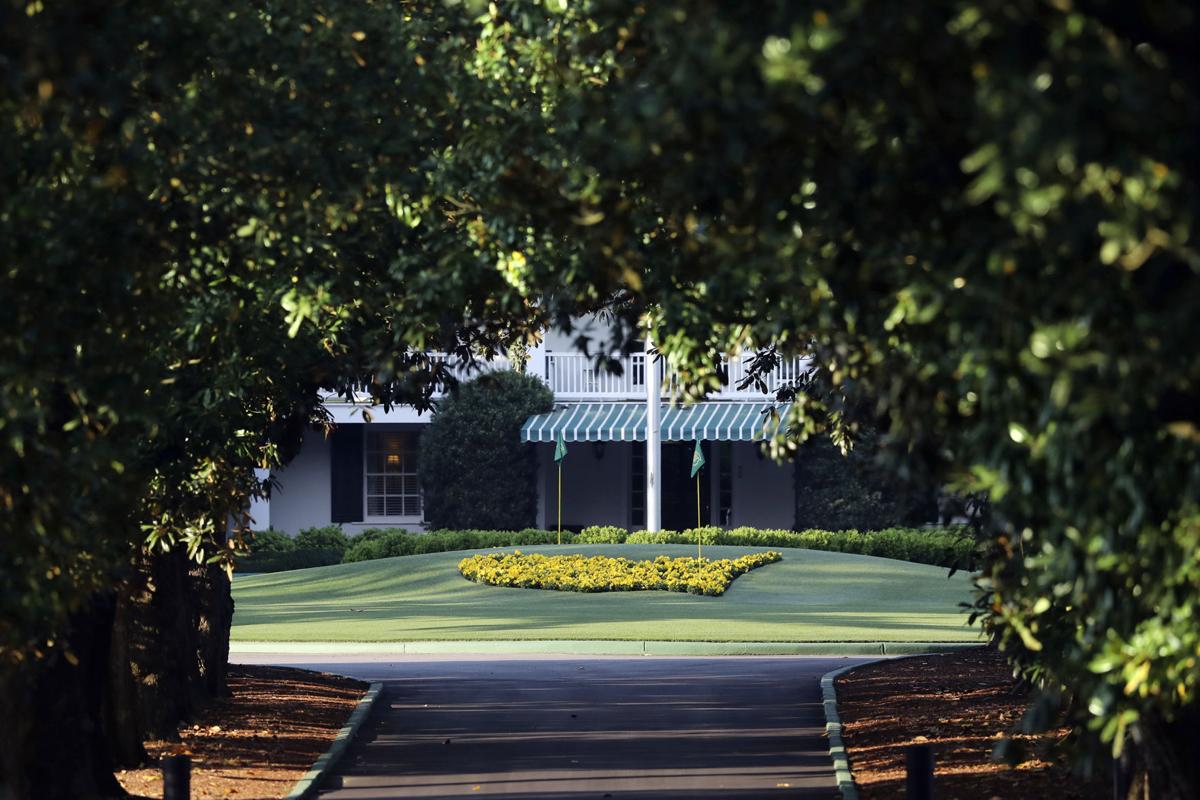 Augusta National Golf Club, seen down Magnolia Lane, is well manicured on what would have been the first practice round for the Masters golf tournament, Monday, April 6, 2020, in Augusta, Ga. 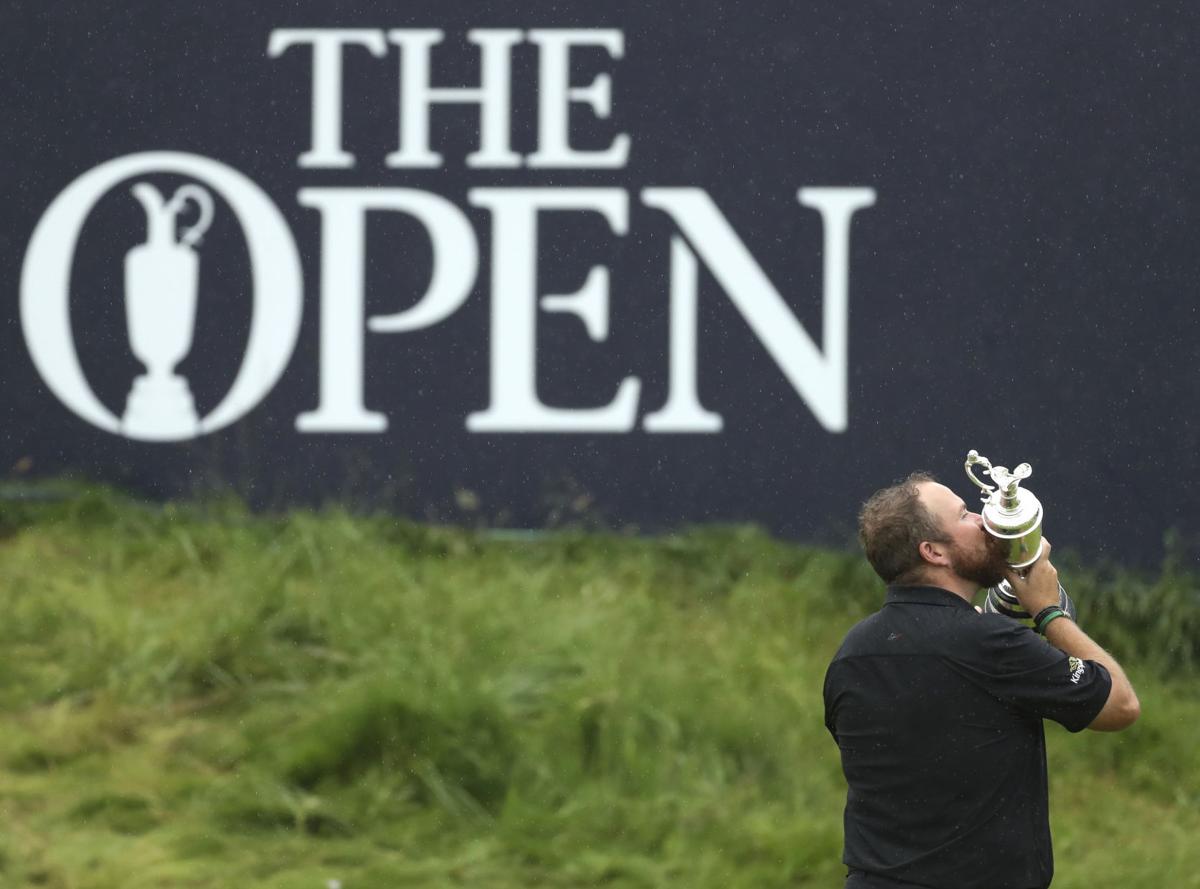 The Masters goes from that annual rite of spring to two weeks before Thanksgiving. The U.S. Open now is scheduled in September for the first time since amateur Francis Ouimet took down Britain’s best at Brookline in 1913 to put golf on the map in America.

And the oldest championship of them all won’t even be played.

Golf organizations tried to salvage a season unlike any other Monday with a series of changes, starting with the British Open being canceled for the first time since 1945. The PGA Championship, which last year moved to May, would go back to August. That would be followed by the PGA Tour’s postseason, the U.S. Open and Ryder Cup in consecutive weeks, and then the Masters on Nov. 12-15.

“Any Masters is better than no Masters,” Augusta native Charles Howell III said.

Still to be determined was when — or even if — golf could resume because of the COVID-19 pandemic that has shut down sports worldwide.

Augusta National Chairman Fred Ridley said the Masters identified November as “intended dates.” CEO Seth Waugh said the PGA of America was “holding” Aug. 6-9 as dates for the PGA Championship at Harding Park in San Francisco. USGA chief Mike Davis said moving from June to September was the best chance to mitigate health and safety concerns — Winged Foot is 5 miles from New Rochelle, New York, a virus hot spot — to have “the best opportunity” of staging the U.S. Open.

The British Open effectively is pushing its schedule back one year, saying the 149th Open still is set for Royal St. George’s on July 15-18, leaving the 150th Open for St. Andrews the following year.

“I can assure everyone that we have explored every option for playing The Open this year, but it is not going to be possible,” R&A chief Martin Slumbers said.

Golf’s major organizations, starting with the PGA Tour and its calendar filled with tournaments, have been trying to piece together a puzzle for the last three weeks. Each agreed to announce their plans together in a show of collaboration.

Still missing is the starting line, along with some details on what could be the most hectic pace golf has ever known.

“We hope the anticipation of staging the Masters Tournament in the fall brings a moment of joy to the Augusta community and all those who love the sport,” Ridley said. “We want to emphasize that our future plans are incumbent upon favorable counsel and direction from health officials.”

Augusta National closed early this year because of the coronavirus and does not open until October. The bloom of dogwoods and azaleas will give way to fall foliage. Instead of being the second full week in April, it will compete against football.

“It feels like in these extraordinary times, we need to do extraordinary things,” said Kevin Kisner, who grew up 20 miles away in Aiken, South Carolina. “We can sacrifice a little bit of our life being perfect.”

The PGA Tour has tentatively planned to complete its FedEx Cup season close to schedule, with the Tour Championship finishing on Labor Day. It is contemplating putting tournaments in dates that previously belonged to the U.S. Open, British Open and Olympics.

“It’s a complex situation, and we want to balance the commitments to our various partners with playing opportunities for our members — while providing compelling competition to our fans,” PGA Tour Commissioner Jay Monahan said. “But all of that must be done while navigating the unprecedented global crisis that is impacting every single one of us.”

It was not immediately clear how the teams from Europe and the United States would be determined for the Ryder Cup, although European captain Padraig Harrington has said he would not be opposed to picking all 12 players.

For the 24 players, that means going from what long has been regarded as the toughest test in golf to what has become the most tiresome three days in golf.

“It’s definitely better than leaving the Tour Championship and going to France, or leaving the Bahamas to go to Australia,” said Patrick Cantlay, referring to the Americans' most recent Ryder and Presidents cup itineraries.

Like everything else, so much remains up in the air until golf get the signal to resume.

Gian Paolo Montali, the general director for the 2022 Ryder Cup, said on Italian radio Monday that officials faced a May deadline to postpone the Ryder Cup to odd-numbered years (as it was before the matches were postponed by the Sept. 11 attacks). He described the chances as 50-50. Montali also said players already have vetoed a Ryder Cup without its raucous fans.

Other details must be sorted out, such as U.S. Open qualifying. The next tournament on the PGA Tour schedule is Colonial on May 21-24, though that appears unlikely.

Ridley said every player who has received invitations to play the Masters in April will stay on the list. He said the Augusta National Women’s Amateur was canceled, and every player can keep their spots for next year provided they don’t turn pro.

As for the British Open, Shane Lowry gets to keep the claret jug longer than anyone since Dick Burton, who won in 1939 at St. Andrews in the last Open before World War II. Burton went from “champion golfer of the year” to member of the Royal Air Force.

Lowry said in a video tweet he understood and supported the R&A’s decision.

“You can trust me when I say the claret jug is going to be in safe hands for another year,” Lowry said.

Augusta National Golf Club, seen down Magnolia Lane, is well manicured on what would have been the first practice round for the Masters golf tournament, Monday, April 6, 2020, in Augusta, Ga.