Pat Miller and Derek Gray shared a 45-minute conversation focused on the future Sunday prior to the first session of a summer basketball camp at UW-Whitewater.

Miller, the school’s longtime men’s coach, believed Gray’s best basketball days were ahead and that his trajectory would continue to rise with further improvement and another strong season for the Warhawks in 2022-23 — placing him on a path to a potential NCAA Division I opportunity.

Miller enjoyed his talks with Gray, often for the perspective offered by the former Madison La Follette athlete.

“He was a great kid,” Miller said on Tuesday night. “He was very intelligent. He and I had long talks about basketball, life and family. He was a very engaging, sincere person. He was loved by his teammates. He had an ability to connect with people. And he showed up and played hard — to do what he could for the team.

“There are not enough good things I can say about him. The shock of this is beyond words.”

The 6-foot, 170-pound Gray, a psychology major who had played two seasons at UW-Whitewater and was selected as a first-team all-conference player in the Wisconsin Intercollegiate Athletic Conference last season, died Sunday night.

Gray participated at the camp, which was for fourth graders through high school students, and collapsed during a game, said Miller, who was present.

Miller said extensive emergency efforts were made in the gym and Gray was transported to Mercyhealth Hospital and Trauma Center in Janesville. But the 20-year-old died after what Miller described as a cardiac episode (an official cause of death wasn’t immediately announced).

“To see it end this way is beyond words,” Miller said. “It’s unbelievably sad.”

“I’m very sad,” Robinson said Wednesday. “It’s a devastating situation. It sounds like there was no prewarning.”

“That’s the type of kid he was,” Robinson said.

Robinson couldn’t believe it when he heard the news about Gray.

“All of us are at a loss for words,” Robinson said. “I’m kind of in shock. I really feel for his family — his mother, brothers and his father.”

A tweet from Warhawk Athletics on Tuesday night said: “Warhawk Nation mourns the loss of Derek Gray, a student-athlete on the Warhawk men’s basketball team, who passed away unexpectedly on July 24th, 2022, playing the game he loved.”

“Derek was a giant of La Follette basketball and Lancer athletics, and was at his best in the toughest games and most challenging moments," La Follette assistant principal Cullen Haskins said in a statement Wednesday. "He was a true `gamer.’ His toughness and tenacity on the court will always be remembered, and his kindness and smile off the court forever missed.

“As a well-known student-athlete and basketball standout, his presence and impact on the La Follette community was far-reaching. His life, both on and off the court, had an enormous impact on all those who knew him. As we process this tremendous loss for our community, we ask you to join us in keeping Derek’s friends, teammates and family in our thoughts.”

Older brother Donneil and twins Derek and David Gray were part of the La Follette boys basketball program — the three playing together on the varsity during the 2018-19 season.

After Donneil graduated, Derek and David were mainstays on the Lancers’ highly ranked 2019-20 team that won the Big Eight Conference championship and advanced to a WIAA Division 1 sectional final against Madison East — a much-anticipated game March 14, 2020, that wasn’t played when the WIAA canceled the season due to the COVID-19 pandemic.

“I loved Derek,” Miller said. “Interestingly enough, I went to watch another player (when Gray was a high school senior) and in the first 10 minutes of the game, I asked, `Why aren’t we recruiting Derek Gray?’ I loved his athleticism and how hard he played.”

Robinson said Gray, a guard, was in the Lancers’ program all four years, getting a call-up to varsity as a sophomore and becoming a key contributor on varsity as a junior and a starter and captain as a senior.

“He was a big part of our senior class that led the right way,” Robinson said, “Derek, every year, kept getting better.”

In a January 2019 story in the State Journal, Robinson said about the Gray brothers: “They are very competitive. That’s something that is consistent across the board with all three of them. They want to win. They want to compete.

“They are very coachable kids. That is something I think is a huge attribute to have. … It’s been a pleasure. These guys play hard and they play together.”

Robinson considered Gray the best transition guard in the state that season; Gray also handled the ball well and could finish at the rim. He was a tenacious defender.

“He led by his actions,” Robinson said.

This past season, Gray was a first-team WIAC selection for the Warhawks (15-11), who advanced to the conference tournament semifinals. He was named to the 2022 D3hoops.com All-Region 9 third team.

“I can’t tell you how much I enjoyed coaching him,” said Miller, who added “the sky was the limit for him.”

Gray, WIAC athlete of the week three times during the regular season, averaged 17.8 points per game and ranked second in the conference in steals (46), steals per game (1.84) and field goals attempted (377); third in field goals made (163), free throw percentage (80.6%) and total points (444); and fifth in points per game. He appeared in 25 games, all as a starter.

“Words cannot describe how we all feel about the loss of Derek,” UW-Whitewater athletics director Ryan Callahan said in a release Wednesday. “He was an amazing young man with a bright future. My heart goes out to his family and all that were fortunate enough to get to know Derek.”

Three times Gray scored 30 or more points, including 36 in a victory over nationally ranked UW-Oshkosh on Jan. 5.

Gray scored 17 points in an exhibition game against the University of Wisconsin last October.

“He was a tenacious competitor,” Miller said. “You saw what he was capable of against the Badgers.”

Miller said Gray showed significant improvement last season, particularly in his 3-point shot. He appeared in eight games, including three as a starter, and averaged 5.8 points and 3.1 rebounds per game during the 2020-21 season.

The university announced the UW-Whitewater flag will fly at half-staff Friday in Gray’s memory. Counseling services are available for students, faculty and staff.

The UW-Whitewater men’s basketball Tip-Off Club organized a GoFundMe fundraiser, which “will go directly toward funeral expenses for a life gone too soon.”

Condolences were offered on social media. For instance, the Playmakers Basketball Club tweeted: “Rest in peace Derek Gray. Our hearts and prayers go out to your family, the Madison La Follette and UW-Whitewater community. He was a special player. But even more he was a great son, brother, friend and teammate. He will be deeply missed.”

At La Follette, the Gray brothers demonstrated not only brotherly love but togetherness and toughness, nonverbal communication on the court.

They started playing on teams together in fourth or fifth grade — Derek and David playing up a year to compete alongside Donneil. But 2018-19 was the first season they played together in high school.

“People haven’t realized how good we could be at the same time because we haven’t had a chance to be on the court for a good amount of time together,” Derek said then.

Their mother previously described all three as excellent students, calling them outgoing, motivated and driven, yet humble. Derek was considered the quietest of the trio.

And a situation that was difficult to comprehend.

“He’s left a legacy in our program that will be remembered and emulated by players for generations to come,” Miller said. “I wish to extend my deepest condolences to his mother, Traci, as well as his entire family, friends and all that are grieving from this loss.”

Lodi's Lucas Heyroth, a University of Wisconsin commit, is the State Journal's All-Area athlete of the year for boys track and field. See who joined him in baseball, golf and tennis.

Here are the first team and honorable mention boys track and field selections from the State Journal coverage area.

Here are the first team and honorable mention baseball selections from the State Journal coverage area.

Here are the first team and honorable mention softball selections from the State Journal coverage area.

Here are the first team and honorable mention girls track and field selections from the State Journal coverage area. 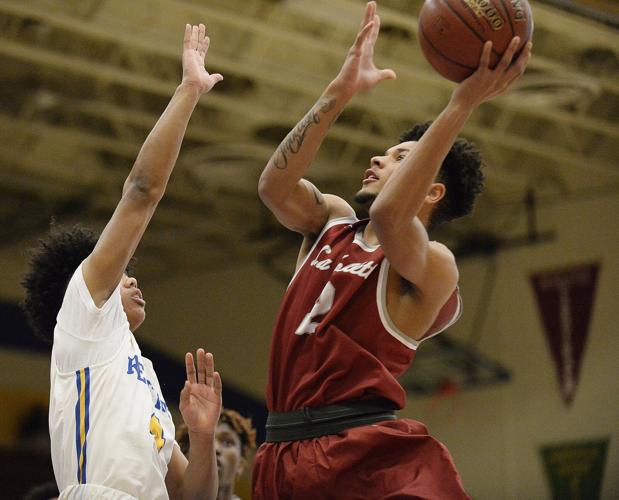 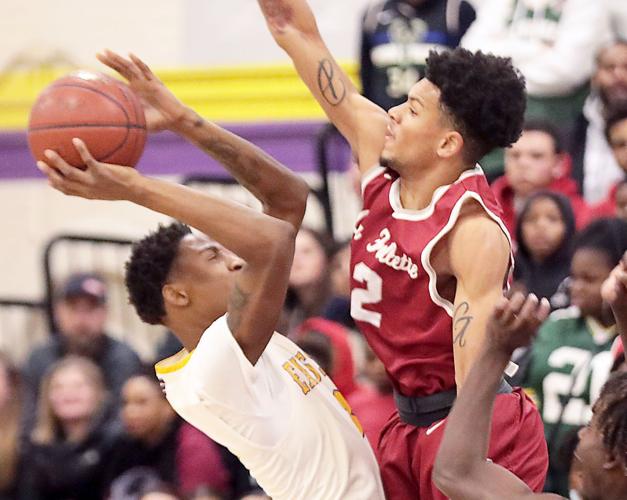 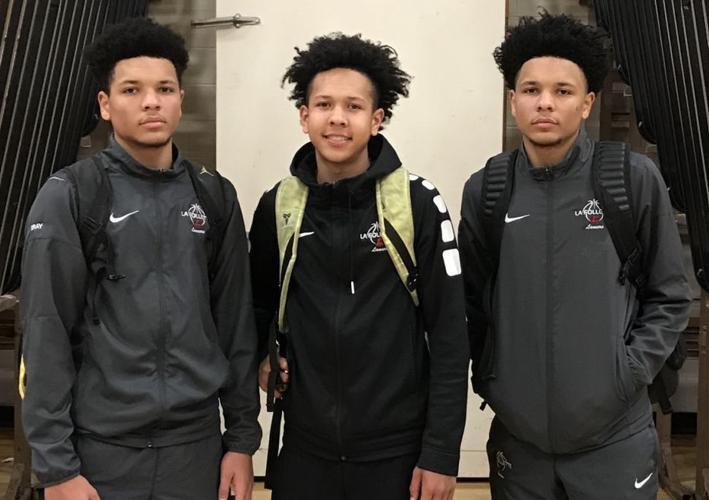 Junior David Gray, left, senior Donneil Gray, middle, and junior Derek Gray are key contributors for the Madison La Follette boys basketball team, which is 10-3 overall and tied for second in the Big Eight Conference with an 8-2 record. 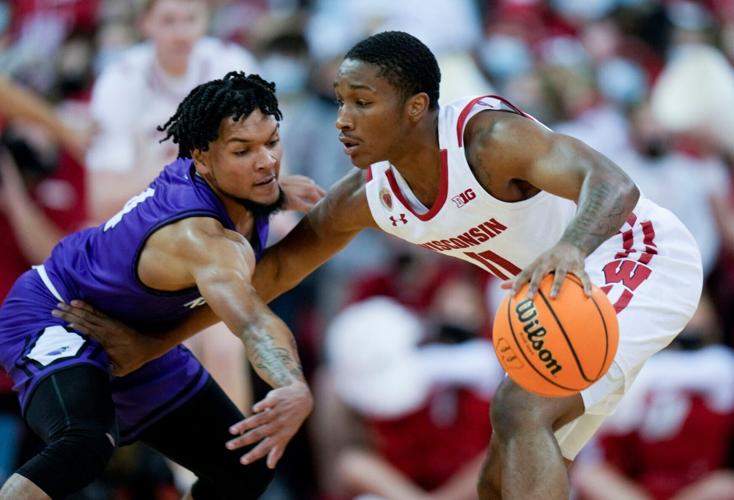 UW guard Lorne Bowman II looks for a way around UW-Whitewater guard Derek Gray on Oct. 29, 2021, at the Kohl Center. 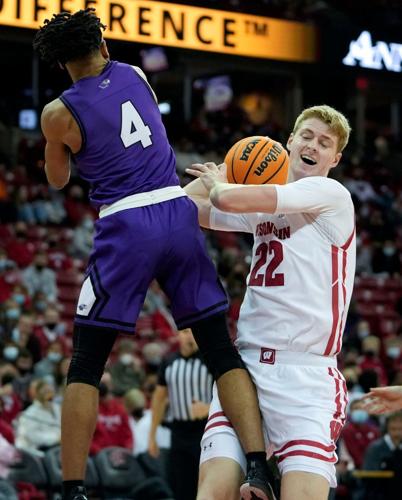 Wisconsin Badgers forward Steven Crowl (22) has his shot blocked by UW-Whitewater guard Derek Gray (4) in the 2nd half. The University of Wisconsin hosted UW-Whitewater at the Kohl Center in Madison, Friday, Oct. 29, 2021. Photo Steve Apps for the State Journal.