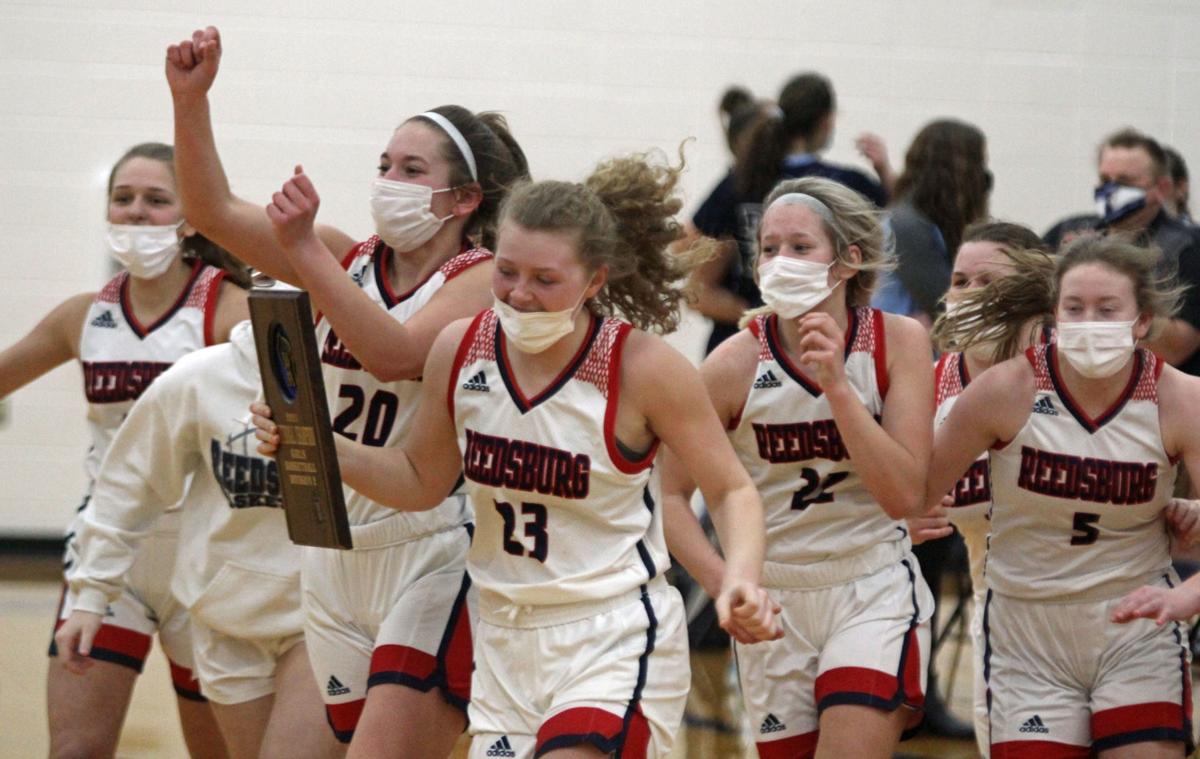 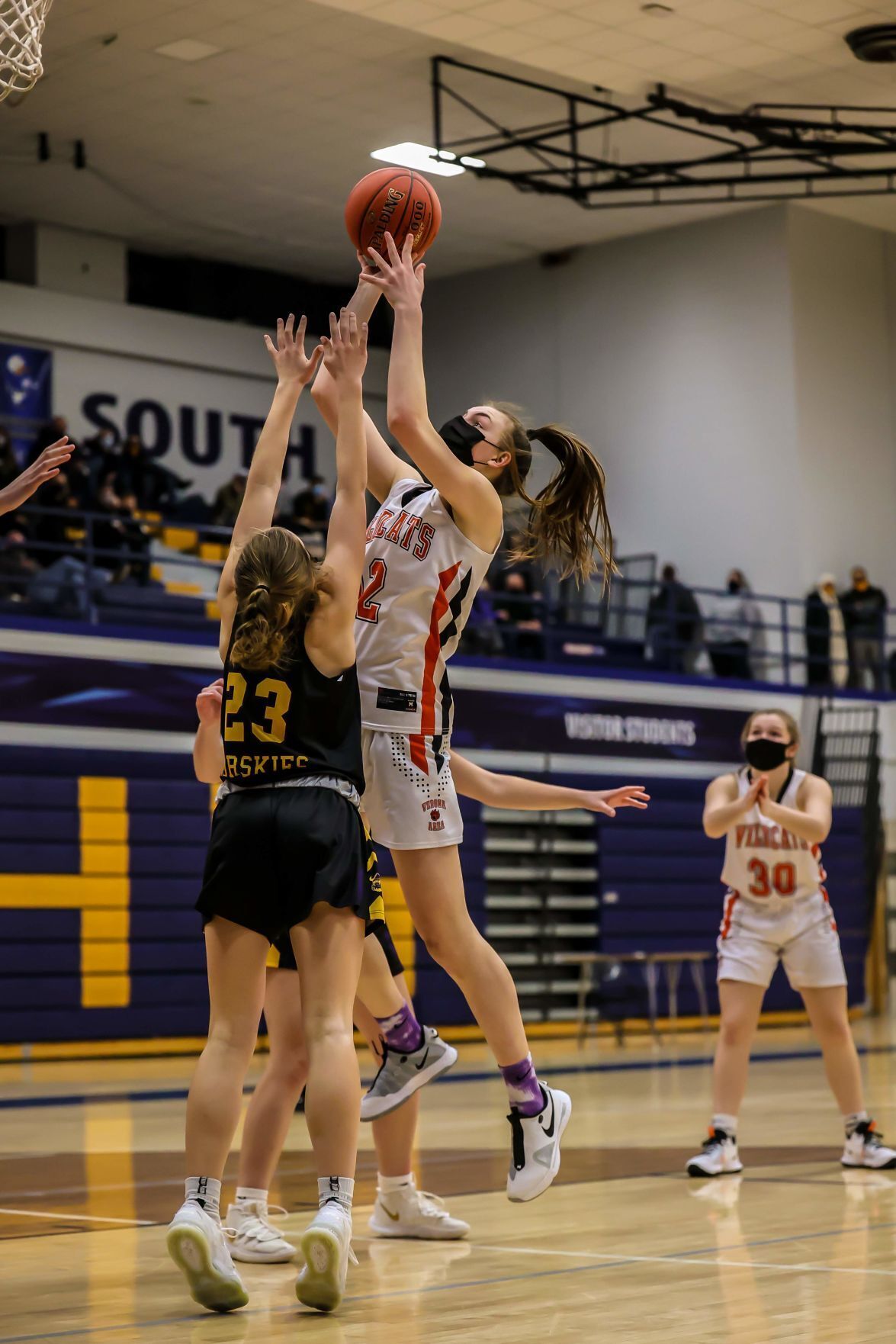 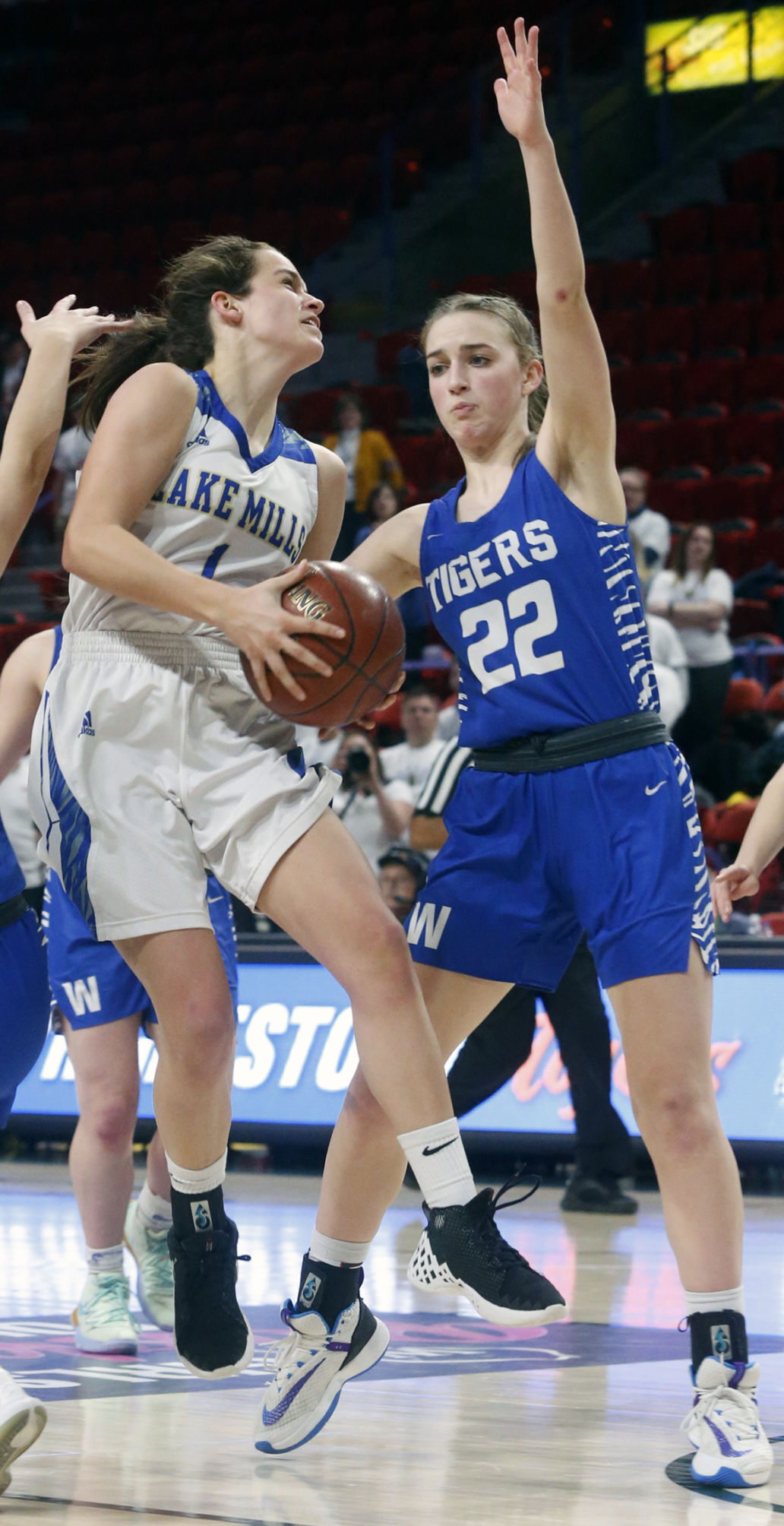 When: Thursday through Saturday.

Where: Due to COVID-19 restrictions, the tournament has been relocated to two sites: the La Crosse Center (Division 5 on Thursday, D4 on Friday and D2 on Saturday) and Menominee Nation Arena, Oshkosh (D3 on Friday, D1 on Saturday).

Three-point Challenge: This year’s 3-point shooting contest has been canceled due to COVID-19 concerns.

Tickets: Any tickets not initially sold through schools are offered through links on the WIAA.WI website or through Ticketmaster (800-653-8000). The ticket price, including processing fee, is $13 per session.

On the air: Each game of the tournament will be televised and streamed live on a statewide network, including Ch. 27 in Madison. The “Magic of March” app offers streaming and other coverage on Apple or Android phones and tablets.

On the Web: Scores, schedules and statistics, as well as tournament history, can be found at www.wiaawi.org/Sports/Winter/Girls-Basketball/Tournament

Media conferences: Postgame media conferences will be shown live without subscription on the WIAA.tv portal of the NFHS Network immediately following each game.

Last year: Last year’s tournament was canceled after four of 15 games were completed, due to the COVID-19 pandemic.

Verona, seeded fourth and unranked, got a late start to the season due to COVID-19 restrictions, never played a home game and faced tight practice restrictions. But coach Angie Murphy’s Wildcats rebounded from losses to Freedom and Hartland Arrowhead in their final two regular-season games to beat DeForest, Waunakee, Wales Kettle Moraine and Arrowhead in the postseason to earn a state trip for the fifth time and the first since the Wildcats won the 2016 championship. The Wildcats have one senior on the roster. Freshman guard Reagan Briggs leads all scorers with 12.8 points per game, followed by Megan Murphy, a sophomore guard (10.6 ppg), freshman guard Taylor Stremlow (10.6 ppg, 6.1 rebounds per game, 5.5 assists per game) and sophomore forward Paige Lambe (10.5 ppg, 6.6 rpg).

Reedsburg, seeded second and ranked third, extended its winning streak to 13 games by rolling past Wilmot and McFarland in sectional play. Coach Mark Simon’s Beavers are at state for the seventh time and the first since a 2012 appearance that ended with a semifinal loss to New Berlin Eisenhower. Reedsburg lost a midseason game to Beaver Dam 63-60 but otherwise has won every game by at least 11 points with a per-game scoring margin of 73.8 to 39.4. Reedsburg beat state qualifier Onalaska 77-51. Junior guard/forward Mahra Wieman leads the Beavers with averages of 20.7 ppg and 6.2 rpg. Her twin sister, Macie, averages 3.8 ppg and 6.1 rpg. Freshman guard Sydney Cherney averages 14.3 ppg, 6.1 rpg and 3.6 apg.

New Berlin Eisenhower, seeded third and ranked second, avenged an earlier loss to Milwaukee Pius XI with a 50-37 win in a sectional final. Coach Andy Monfre’s Lions also avenged a loss to Pewaukee in a regional final. Division 1 state qualifiers Germantown and Franklin are the only other teams to beat the Lions, who take an 11-game winning streak to state. Senior guard Nikki Dienberg averages 13.6 ppg and 6.0 rpg, senior guard/forward Kylie Lemberger averages 13.2 ppg and 4.8 rpg, and senior Cameron Hoffman has a team-high 2.7 apg.

La Crosse Aquinas, seeded and ranked first, won Division 4 titles in 2018 and 2019, and didn’t have a chance to earn a repeat last year. This is the team’s fifth straight state trip. Coach Dave Donarski’s Blugolds have won 36 straight games (96 against Wisconsin opponents) and this year average 70.5 ppg and allow 39.5, with a 50-48 win over Prairie du Chien their only single-digit margin of victory. With 2020 graduate Lexi Donarski tearing things up at Iowa State, the Blugolds continued to win in part because of her sister, sophomore point guard Macy Donarski (20.2 ppg, 3.7 rpg, 6.3 apg). Junior forward Jacy Weisbrod averages 18.5 ppg and 5.7 rpg.

Bangor, seeded second and ranked third, lost its regular-season finale to Royall but downed Auburndale 67-55 in a sectional final to make state for the fourth time in the past five years and fifth time overall, including last year. Coach Merlin Jones’ Cardinals won their second state title in 2018. Sophomore guard Nora Tucker leads the Cardinals with 11.4 ppg and adds 4.0 rpg, and senior guard Megan Miedema adds 11.3 ppg, 5.3 rpg and 4.5 apg.

DIVISION 5 Black Hawk, seeded and ranked first, takes a 75-game winning streak into its fourth consecutive state trip and seventh overall berth. Coach Michael Flanagan’s Warriors won the 2019 title and qualified but didn’t play last year. A win Friday would tie the Warriors with Cuba City for the second-longest winning streak in state history (92 by Milwaukee Pius XI from 1988 to 1991). The Warriors’ only single-digit victory margin came against Mineral Point; other victories include a 62-47 win over Waunakee. They beat Albany in a sectional final, 55-30. Senior guard Bailey Butler, a UW-Green Bay signee, averages 28.6 ppg, 7.9 rpg, 8.4 apg and 6.5 steals per game. The Warriors also got 15 ppg from senior guard Kaylee Marty.

MLB lockout: What you need to know

MLB lockout: What you need to know