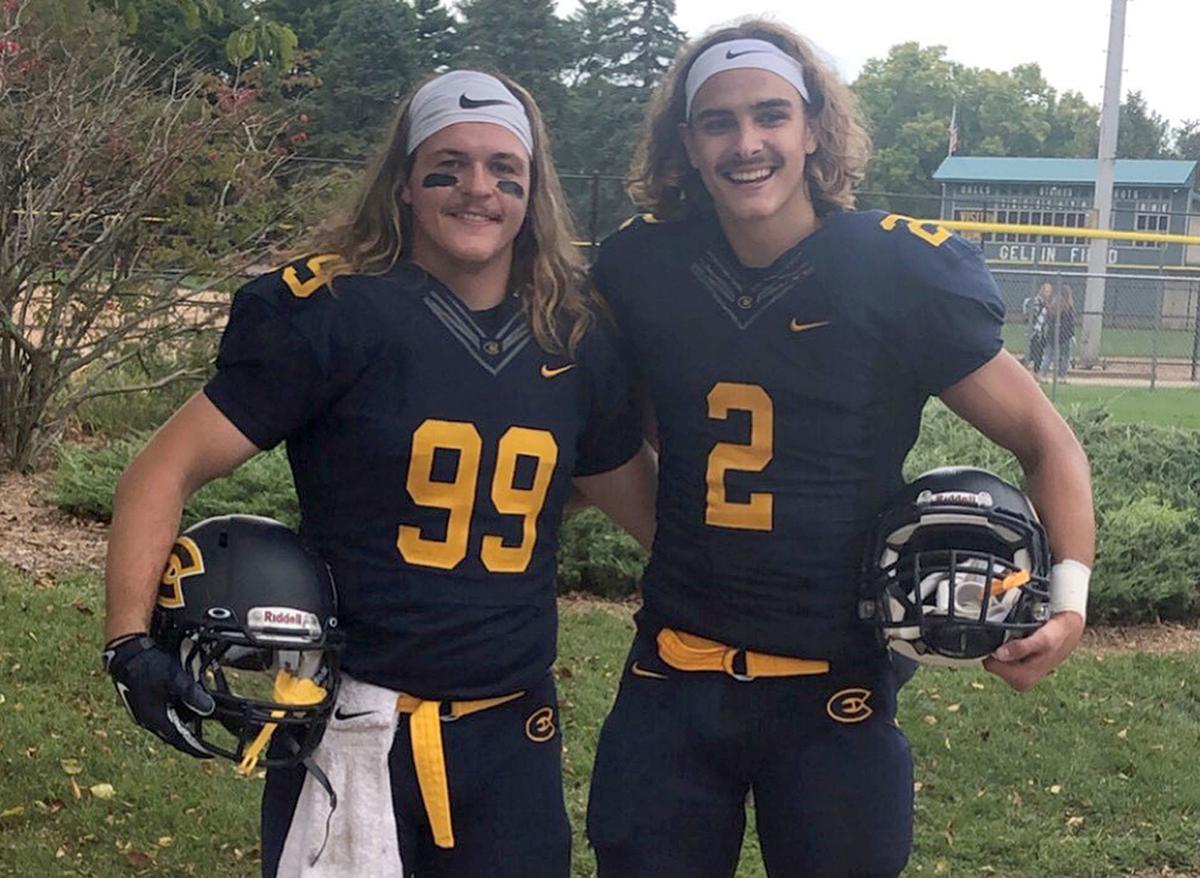 Stanley-Boyd grads Austin (left) and Sam (right) Burzynski will play their final game together on the UW-Eau Claire football team this Saturday. Austin and Sam are the latest in a long line of Burzynski siblings to compete athletically for the Blugolds. 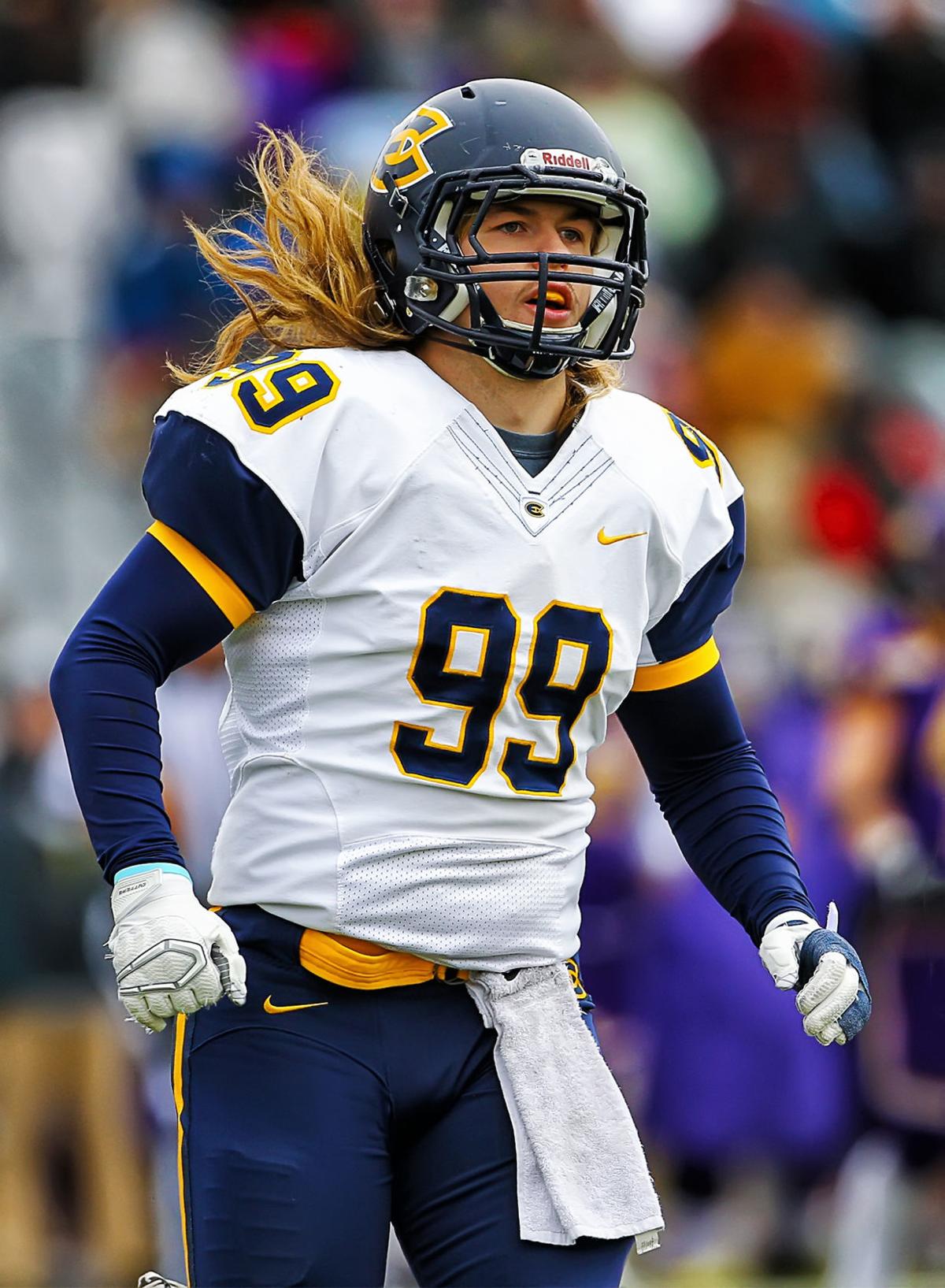 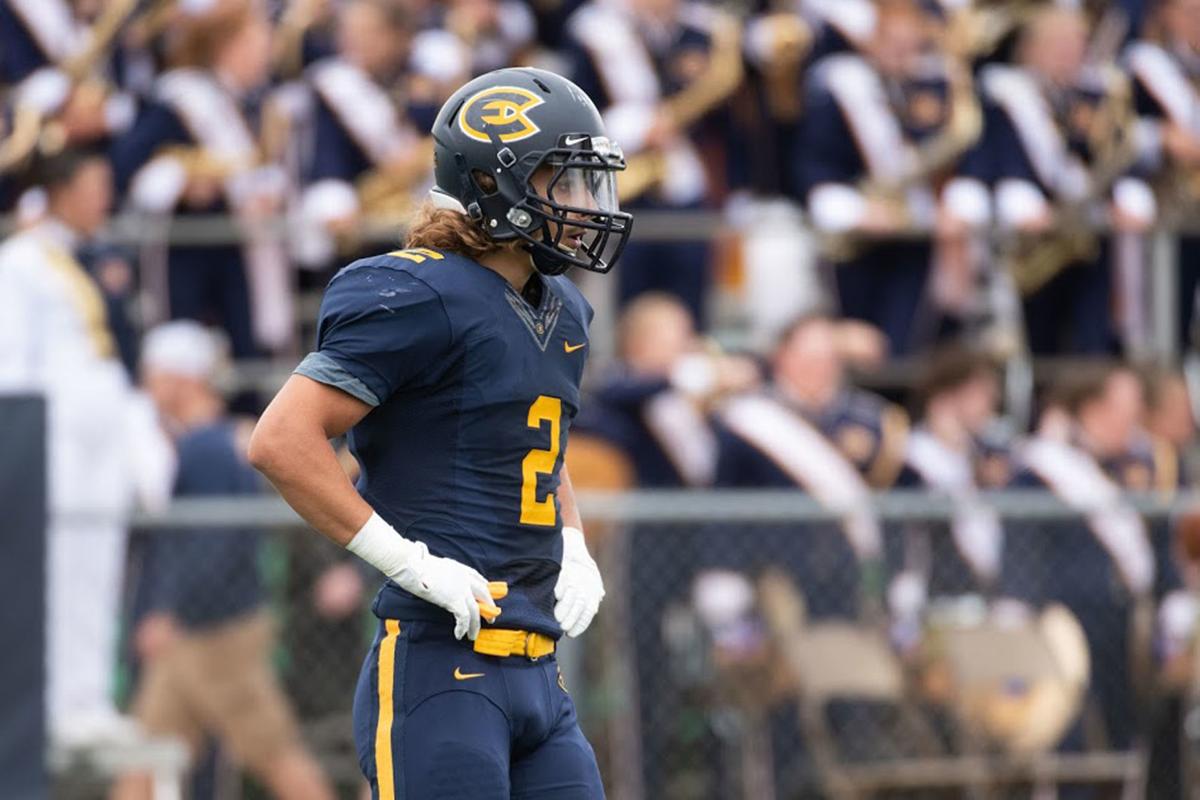 Austin and Sam Burzynski first shared the football field as teammates more than a decade ago.

The two Stanley-Boyd grads will suit up on the gridiron for the final time on Saturday, when UW-Eau Claire hosts UW-Stout at 1 p.m. at Carson Park in Eau Claire in the season finale for both teams.

Austin and Sam are members of the Blugold defense and the youngest of seven siblings — six of whom have competed athletically for the Blugolds.

“They’ve been great,” first-year UW-Eau Claire head coach Wesley Beschorner said of the youngest Burzynskis. “I was really fortunate and those guys being brothers and you could tell right away, they’re just really cool to be around.”

The Burzynski name is synonymous with Blugold athletics.

Six of the seven Burzynski children played a sport at Eau Claire, starting with the oldest brother, Greg, who wrestled for two years with the Blugolds in 2001-2003 before injuries took him off the mat.

The second-oldest brother, Brad, is the lone sibling not to attend UW-Eau Claire. Brad went to UW-Stevens Point and competed with the Pointer track and field team.

Scott was the second child to play at UW-Eau Claire, playing for the football team from 2010-2013, and both Austin and Sam said watching their older brother on the gridiron helped them decide Eau Claire was where they wanted to be.

“I just remember coming to Blugold game days, and that was one of the funnest things, thinking about being able to put on the blue and gold and go out there,” Austin said.

Older sisters Jenny and Juliana played for the Blugolds volleyball team starting in 2007 through 2015 and further established the passion of the two youngest Burzynskis to want to be Blugolds.

Austin and Sam were first on the same team when Austin played youth football in fifth grade and Sam, two years Austin’s junior, served as the team’s waterboy.

“Back when we were that young I thought we have our whole lives to play football together and then it just went by so fast,” Sam said.

Austin and Sam were teammates for two years with Stanley-Boyd in 2013 and 2014, winning a Division 5 state championship in Austin’s junior year before advancing to the semifinals one year later. Sam went on to help the Orioles earn another trip to the semifinals in 2016. Austin and Sam shared their three sports of choice between football, wrestling and baseball. Overall Austin was a 10-time letterwinner between the sports and Sam was a four-time all-conference wrestler and earned three trips to state on the mat.

With a few years between Austin and his older siblings, he said he’s always been closest with Sam. By the time both reached high school, their older siblings were in college or beyond so they naturally bonded. Austin has never been afraid to push Sam, but did so knowing what he’s capable of.

“I always knew I could get on him a little bit, and I always tried to push Sam because he had the potential to be great,” Austin said.

And while there have been some brotherly squabbles over the years, Sam knows the advice he’s received from Austin throughout his life has helped.

“It’s always been (that) he’s teaching me how things work,” Sam said. “Whether it’s a simple scheme question or how does this workout work or whatever.”

Both Austin and Sam have made an impact defensively with the Blugolds.

The 215-pound linebacker Austin has played in 24 games over his career including all nine this fall. He has notched 17 total tackles with a half a quarterback sack. The junior defensive back Sam has played in a combined 19 games over the past two years and has 93 total tackles with a pair of interceptions and a forced fumble. Sam had a season-high seven tackles and the forced fumble in Eau Claire’s signature win of the season, a 21-19 victory over nationally ranked St. Thomas on Sept. 28.

Like the Burzynskis, Beschorner played with a brother during his college football career and referred to Austin and Sam as ‘great kids and great people’.

“Obviously they’ve had a good experience, and they’ve made an impact where they’re at, and that’s what life is,” Beschorner said. “They’ve made a great impact on the people that have been around them – whether it’s their older brothers or older sisters. It’s certainly a Blugold legacy.”

Austin is an education major and said he’s excited to see his involvement with the game can continue after his time as a player comes to an end.

“I think Saturday is going to be a fun day,” Austin said. “It’s going to be filled with a lot of emotion, but I think that I know that there’s more for me in the future. There’s different ways I’m going to give back to the sport of football that’s given me so much in my life.”

The finality has started to hit Sam recently, and he wants to send Austin and all the others seniors out with win over the rival Blue Devils.

“I’m excited to get to play one last game this season. It’s a big rivalry game, and we can’t wait to play them and hopefully have the trophy at the end of the game,” Sam said. “Just one more chance to play football with your teammates, especially the seniors since it’s their last game. It’d be huge to send them out of their career on a win.”

UW-Eau Claire’s last victory in the battle for the War on I-94 Trophy came in 2014 and Austin admitted that the game will be emotional regardless of the outcome.

“I don’t know how I’m going to be at the end of the day on Saturday. It’s going to be bittersweet,” Austin said. “There’s going to be a lot of emotions. I’m just looking forward to suiting up one more time with my little brother.”

Stanley-Boyd grads Austin (left) and Sam (right) Burzynski will play their final game together on the UW-Eau Claire football team this Saturday. Austin and Sam are the latest in a long line of Burzynski siblings to compete athletically for the Blugolds.