“You just run your own race and know that you will come out with a fast time if you run your race, and then you should qualify,” Manning said. “But it’s a little nerve-racking.”

Manning’s time of 16 minutes, 00.011 seconds over 5,000 meters made him the overall sectional winner. He finished just ahead of Middleton junior Griffin Ward, who won the second race in 16:00.219 in the windy conditions.

Alvarado finished third overall (16:00.878) on his 16th birthday, leading Sun Prairie to the sectional crown with 57 points. Sun Prairie had five runners place in the top 18.

“They ran tough,” Sun Prairie boys coach Kevin Hall said. “They ran more competitively today than we’ve seen. Each meet, they have gained a little more confidence. We kind of knew they were one of the best teams we’ve had. They are starting to believe in themselves more.”

Middleton was runner-up with 88 points and claimed the second qualifying berth for the WIAA’s alternate fall season state meet May 8 in Janesville. Verona placed third (104), meaning Manning reached state as one of the five top finishers not on a qualifying team.

“For this season, I just wanted to run my best race every race I have,” Manning said. “COVID really showed to me that we don’t have that many opportunities. … I know I have to make every opportunity count.”

Ward and Middleton senior Ryan Schollmeyer, who finished second in the second race and fourth overall, ran together for much of the race and used a drafting technique to block the wind for each other.

“The wind definitely played a role,” Ward said. “My legs felt great before the race. But then a surge of wind came in. You definitely felt it.”

In the girls races, Middleton junior Lauren Pansegrau broke the 17-minute mark while setting a personal-best time of 16:57.976 in winning the second race and the overall sectional title. 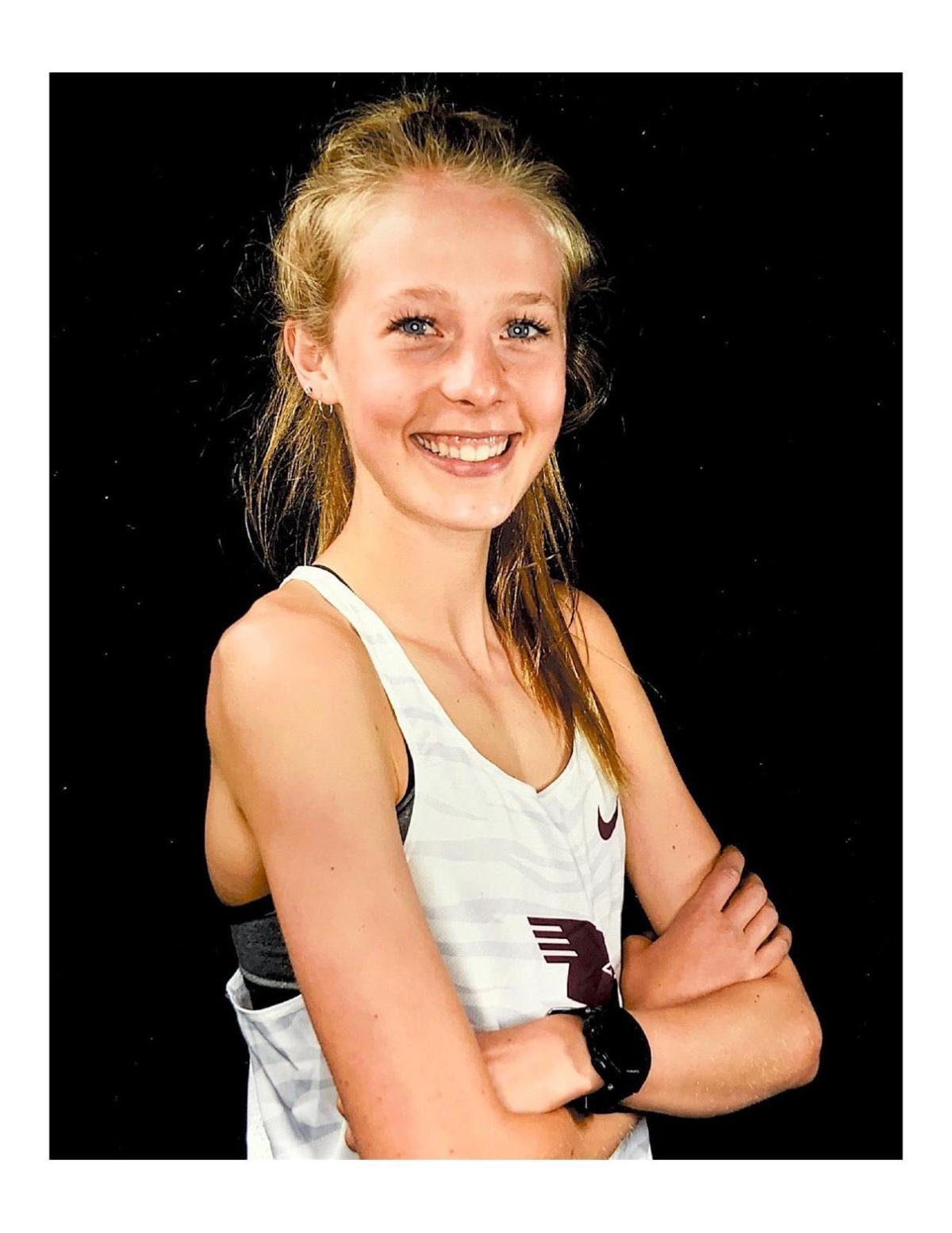 “I was hoping to get a PR,” said Pansegrau, whose previous cross country PR was 17:15. “I didn’t know how good I would do because it’s pretty windy, but I’m really happy with it.”

Middleton girls coach Alexa Richardson and boys coach Brian Finnel said Saturday night that, according to records shared with them, Pansegrau is the first state girl to run a cross country time below 17 minutes over 5,000 meters. Suzy Favor ran 17:07 in 1985, according to a list provided by Finnel that came from William Morgan of TrackTalk.net.

Richardson said: “It really impressed me that she was able to do it on a course like this, running by herself.”

Pansegrau and Middleton sophomore Zaira Malloy-Salgado, second in a personal-best 18:47.3, led Middleton to the team title with 42 points.

Madison West junior Genevieve Nashold won the first race (18:59.9) and sparked the runner-up Regents (56) to the second state spot. Nashold returned after being sidelined for two or three months with a stress fracture in her foot, she said.

Like Pansegrau, Nashold set the pace and ran alone in the front during the race.

“It’s just been hard to come back from the stress fracture because I’m not where I used to be anymore, but I’m happy I can run again,” Nashold said. “I’m really excited about that. It’s so exciting to be able to race. I’m really grateful for this opportunity.”

Madison Memorial was third with 86 points.

The Stoughton boys joined the Oregon girls in crowning team and individual champions at the WIAA Stoughton sectional.

The state meet will take place next Saturday at Blackhawk Golf Course in Janesville, with eight teams of seven runners each and 20 additional qualifiers running in both the boys and girls races.

The host Vikings placed their top five runners among the top 21.

That was 11 seconds better than runner-up Madelynn McIntyre of Brodhead/Juda.

The Glarner Knights scored 92 points to qualify for state.

Columbus sophomore Jaiden Dornaus qualified for state as an individual, finishing 14th in the girls race at Whitewater High School (23:09).

Boys teams advancing to state were Manitowoc Lincoln and Fond du Lac. Columbus had only four runners, led by sophomore Tucker McGee, 14th in 19:02. Individual qualifiers from the region were Whitewater senior Trenten Zahn (fourth in 18:19) and Jefferson junior Mason Marin (eighth in 18:34).

contributed to this report.

The freshman finishes first with a 1-under-par 71 and the Cardinals triumph by 15 shots at University Ridge Golf Course.