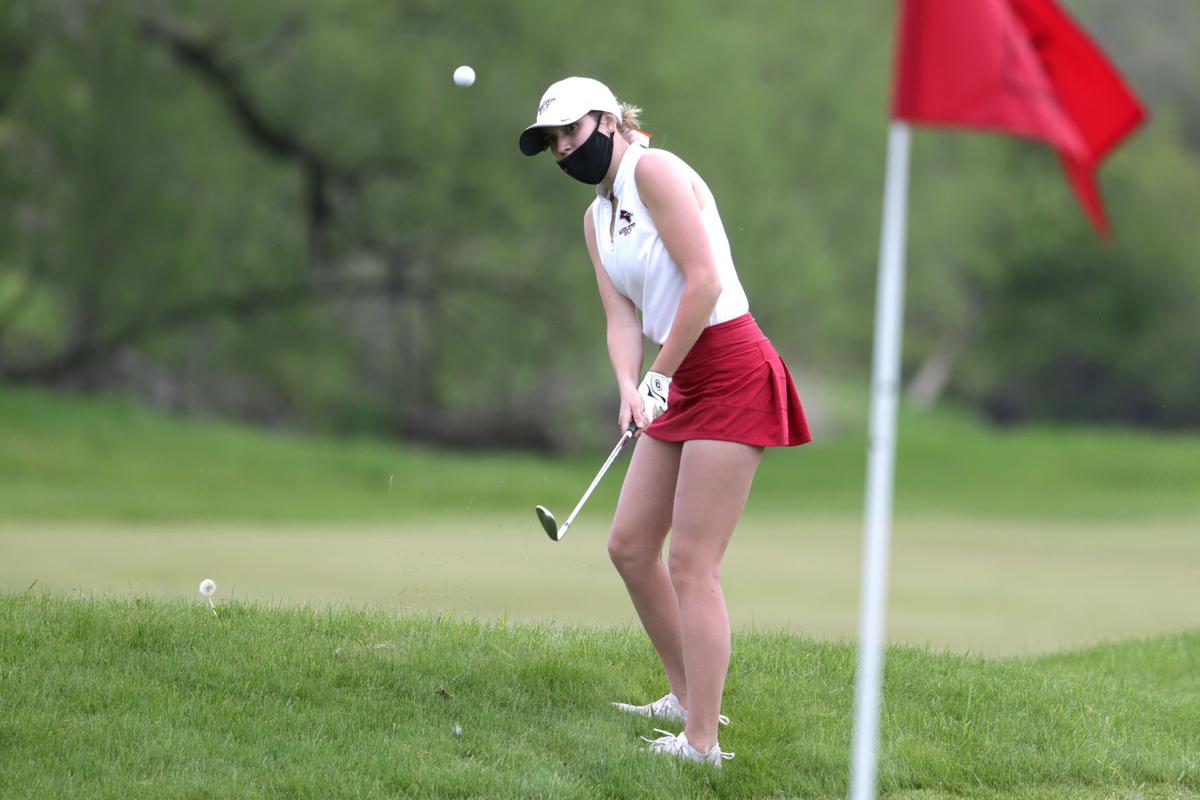 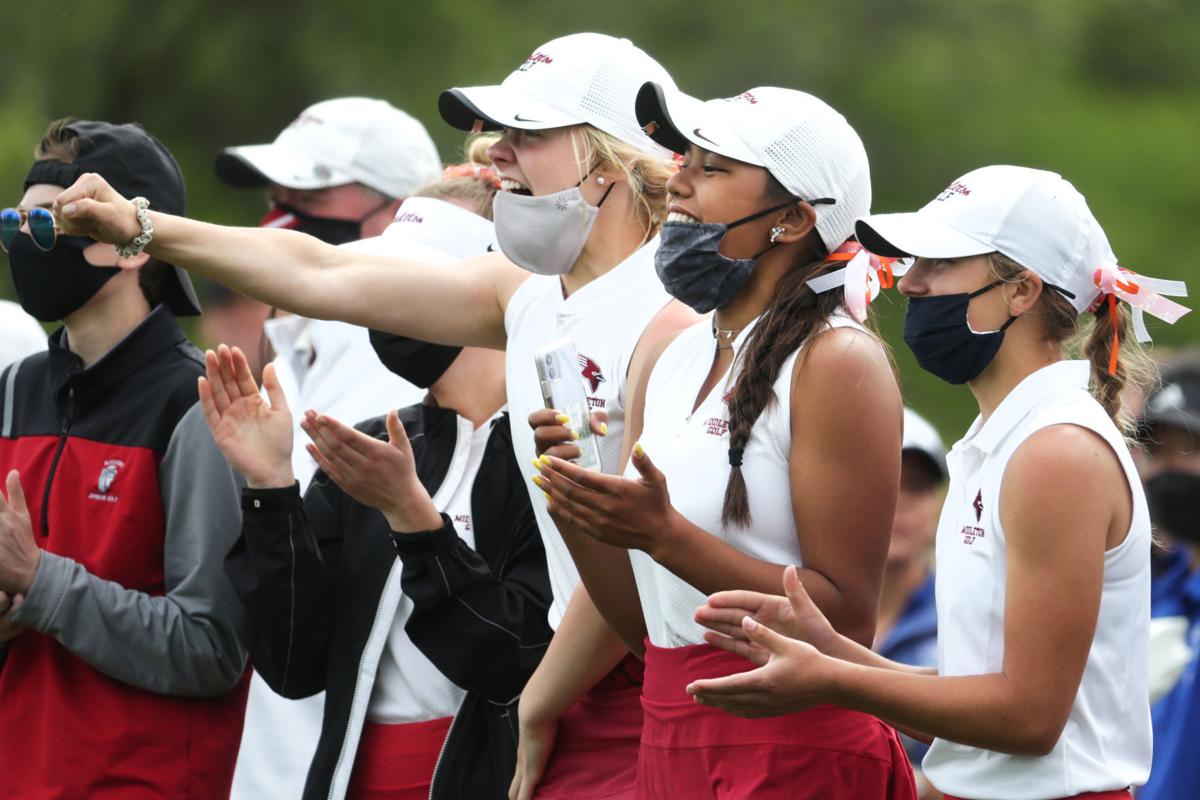 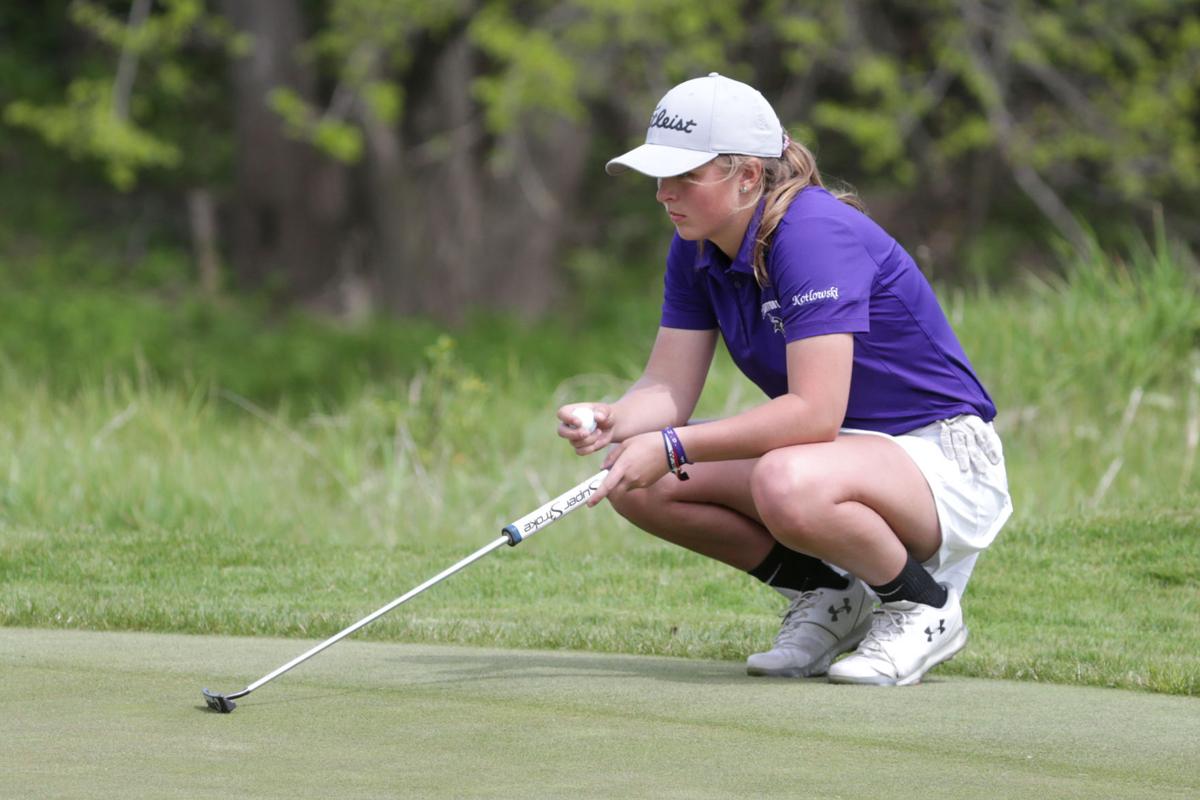 KOHLER — As Middleton senior Glenna Sanderson walked the 18th fairway, she had a sense her final hole Tuesday might decide the team title at the WIAA’s alternate fall season state tournament.

“I didn’t know how close it was, but I knew it was close walking up the 18th fairway,” Sanderson said. “Before that, honestly, I had no clue. I kind of asked, `Is it close?’ And she was like, `Just finish this hole strong.’’’

Halverson didn’t know the exact score, which had Middleton leading by three shots at the Meadow Valleys Course at Blackwolf Run.

“It felt like a long time (on 18) and I don’t think I was breathing,” Halverson said.

But when Sanderson drained a putt from about 7 feet, that all changed. Sanderson’s putt for a double-bogey 6, combined with individual medalist Baranczyk’s par, left Middleton with a one-stroke victory.

It was Middleton’s second consecutive team title after winning the WIAA Division 1 championship in fall 2019.

“Once that putt fell, I started to breathe again,” said Halverson, who kept reassuring Sanderson on No. 18.

“I just was confident standing over my second putt,” Sanderson said. “I had no doubt I would make it. Luckily, it went in.”

Prior to that, she had landed in a bunker, then hit out of the trap onto a knoll, still in front of the green. She knew she needed to chip onto the green (which she did, about 30 feet from the pin) and, hopefully, two-putt.

“The first one was off line,” said Sanderson, who shot a 9-over 81. “I felt like my speed was OK; I played the break wrong. But the second putt, I just told myself, ‘This is to win state.’ And I was just very confident and I had a fluid stroke, and made the putt.”

That resulted in a hug from Halverson, and made a moot point out of Baranczyk’s tap-in for par. Middleton, after shooting 311 Monday, shot 329 Tuesday for a 640 total. Runner-up Bay Port shot 320 Tuesday, finishing with 641.

“She had no idea how much pressure there was on that putt, and for her to make that was pretty clutch,” Halverson said. “She was not making a lot of putts today, so standing there watching her, I just thought to myself, ‘They haven’t been dropping. This one’s going to drop. This is the one.’ And she was confident. She was very confident.”

While other golfers struggled, Baranczyk shot a 2-under 70 and finished at 1-under 143, winning by 11 strokes. The North Dakota State commit claimed her third consecutive individual state title after winning Division 1 titles in the fall of 2018 and 2019.

Frisch’s successful par putt from about 6 feet on No. 18 also proved pivotal to the team outcome.

“In my head, I’m like, ‘This is probably for the win for state,’’’ Frisch said. “So, I had to read it perfectly and hit it perfectly. So, it was a lot of pressure. It was a good putt.”

“I was striking it a lot better than I did (Monday),” said Kotlowski, a UW-Green Bay commit. “I felt a lot better with all my shots into the green. … I had a decent amount of three-putts. If I didn’t have that, I’d be sitting a little bit lower.”

Sanderson and Milton sophomore Hannah Dunk (83), the first-round co-leader who said she struggled with the windy conditions, wound up tied for fifth (156).

The Cardinals were grateful for the opportunity the alternate state meet afforded.

“I didn’t think there was going to be a state championship and so just to have one is amazing,” Frisch said. “And we are so thankful for that. And to win is the cherry on top.”

Sanderson’s sadness when Middleton wasn’t able to play in the fall due to the COVID-19 pandemic turned to joy this spring.

“It’s definitely a lot of excitement, especially with this being our second (consecutive) first place,” said Sanderson, who plans to attend the University of Wisconsin and focus on academics (in the medical field). “We all went out and played golf how we could. It’s a good feeling.”

Halverson was glad to see such a positive ending to the season for Sanderson.

“I mean it was awesome for her,” Halverson said. “Senior year, she didn’t know if she was going to have a senior year. She had battled last season with her foot issues and to be able to have her senior year still and to come in on the last hole and make that putt for us. And really have it all come together for her and see that every shot counts and you just have to stay focused and stay confident, and anything can happen.”