Ten athletics who have helped fuel some of Chi-Hi’s most successful athletic programs will continue with their respective sports at the next level.

Aldrich will play softball at Madison College with the Wolfpack in the National Junior College Athletic Association. The pitcher and infielder for the Chi-Hi softball team was a Wisconsin Fastpitch Softball Coaches Association Large Schools All-State honorable mention selection in 2021 as well as a WFSCA Large Schools all-district pick and an All-Big Rivers Conference first team honoree. Chi-Hi graduate Mallory Sterling was able to help Aldrich with any questions about the program as she wraps up her third season pitching for the Wolfpack.

“I really liked their field and facility and the coach was really nice and reached out to me a lot,” Aldrich said.

Beaudette will be hitting the gridiron for the Blugolds at UW-Eau Claire. Beaudette ran for 251 yards and two touchdowns for the Cardinals in helping the Chi-Hi football team log an 8-3 record — the most wins for the program since 2015 — and advance to the second round of the Division 1 playoffs after a 22-21 overtime win at Stevens Point in the first round. The Blugolds had three Chi-Hi graduates on the roster last fall with Hayden Goodman, Kyler Holmlund and Jake Thompson playing for the Wisconsin Intercollegiate Athletic Conference program for coach Wesley Beschorner.

“I’d say the fact that it’s 15 minutes down the road and Coach B was the first to reach out to me, so that kind of meant a lot personally,” Beaudette said of the reasons for his decision.

Bergh stays on the softball diamond in college as she heads for Winona, Minn. to play at St. Mary’s University. The catcher Bergh was selected to the All-Big Rivers Conference team last season as an honorable mention and will stay a Cardinal with St. Mary’s as she prepares to play in the Minnesota Intercollegiate Athletic Conference for successful coach John Tschida.

“I was really excited to go to St. Mary’s because of the coach,” Bergh said. “I really wanted to play for him and I’ve been following him. He used to coach at St. Thomas and then he moved to St. Mary’s and I reached out to him and he came to my games. I was super excited because Winona is a perfect spot from home – not too far away but not too close.”

Bero will also continue on the softball diamond with Riverland Community College in Austin, Minn. The first baseman Bero has flexed her muscle as a hitter this spring for the unbeaten and state-ranked Cardinals and will join a Blue Devil program that plays as a part of the NJCAA.

“It’s just one of those where it’s not too far from home but it’s not too close. The coaching staff reminds me of what we have now with (Chi-Hi co-coach Jared) Faherty and having (Chi-Hi co-coach) Chelsea (Seckora) is nice,” Bero said. “Being able to go to a school where it’s small enough but I’m able to do what (with the) program and just kind of rock with it.”

Cota is heading to Bay College in Escanaba, Mich. to play baseball for the Norse. Cota, an infielder for the Cardinals, will join the Norse and compete in the NJCAA as well as he heads to the upper peninsula in Michigan.

“I liked the teammates that they have and their coaches were really nice and (they) always reached out,” Cota said.

Gavin Goodman will head to Menomonie to join the UW-Stout football program. Goodman was a first team All-Big Rivers Conference specialist last year that logged 27 tackles, four interceptions (one returned for a touchdown) and one kickoff return for a touchdown with the Cardinals. The decision will also give him the chance to play against his older brother Hayden as a part of the War on 94 rivalry series between the Blue Devils and Blugolds. Gavin’s father John graduated from UW-Stout and mother Donna is a UW-Eau Claire grad.

“It was the coaching staff and the culture of the team and the players,” Goodman said. “I’m going to have my good buddy (Krista) going to Stout and we’re going to be rooming together next year.”

Goettl will stay on the football field but will do so while attending the United States Merchant Marine Academy. He was one of 280 accepted into this upcoming year’s academy class out of more than 2,000 applicants. Goettl had a standout senior season on the offensive line for the Cardinals as he earned Wisconsin Football Coaches Association Large Schools All-State first team honors and was also a WFCA all-region pick and chosen to the All-Big Rivers Conference first team.

“I would say since my junior year it’s been my dream to go to the academy and the opportunity came into my hands,” Goettl said. “I got to go for a visit here on spring break and I just fell in love with the campus and the coaching staff.”

Hinke will be competing in the WIAC with the UW-Stevens Point track and field team as she committed with the Pointers. Hinke said she expects to stick with the triple jump at the next level with some possible sprinting as well.

“It was the first school that I toured and I started touring the other ones I just couldn’t get it out of my head and I had already made so many friends that are going there as well,” Hinke said. “It’s just an automatic thing.”

Krista will join his teammate Goodman with the Blue Devils after a strong career on the defensive line for the Cards. Krista logged 77 total tackles including five quarterback sacks up front as he earned Wisconsin Football Coaches Association All-Region and All-Big Rivers Conference first team accolades and will join Goodman in playing for head coach Clayt Birmingham. The duo joins a Blue Devils program with two former Chi-Hi standouts in Matt Pomietlo and Jack Meyer.

“The head coach really played a big role,” Krista said. “He really reached out to us.”

Warwick will once again team up with Beaudette as he heads to Eau Claire to play for the Blugolds on the gridiron and will also run track and field. Warwick threw for more than 800 yards and six touchdowns while running for 216 yards and five scores on the ground as the quarterback for the Cardinals. He also advanced to the Division 1 state track and field championships in both the 110- and 300-meter hurdles last spring for the Chi-Hi track and field team.

“I didn’t want to pick one over the other because I love both so much and I can compete at both but for football it the family part of it,” Warwick said, “it’s like I’m not done playing football with the guys and with track just knowing I can compete at a national championship caliber (team) was really exciting.”

The Chi-Hi softball team wrapped up an outright Big Rivers Conference championship on Thursday with a 12-0 victory over River Falls in five innings at Casper Park.

Prep Track and Field: One spot from state in pole vault a season ago, New Auburn's Robey motivated to take the next step

New Auburn pole vaulter Triton Robey was one spot from state a season ago. Now the senior is vaulting strong again as he looks to take the next step and be the first Trojan athlete to advance to state in nearly a decade.

Four runs in the third and three in the seventh helped the New Richmond baseball team double up Chi-Hi 8-4 on Thursday afternoon at Casper Park.

Bloomer senior pitcher Calley Olson allowed one total hit in 11 innings and threw a six-inning perfect game in the first game of a doubleheader sweep at Weyauwega-Fremont on Saturday.

The Bloomer baseball team started an important week by taking both games of a doubleheader with McDonell on Tuesday afternoon in Bloomer by scores of 7-0 and 4-2.

The Bloomer softball team clinched the outright Western Cloverbelt Conference championship on Tuesday by sweeping a doubleheader with McDonell by scores of 9-0 and 6-1 in Bloomer.

The Chi-Hi baseball team scored twice in the top of the seventh inning to earn a 4-3 come-from-behind victory over New Richmond on Tuesday.

Local baseball and softball box scores from Thursday's prep action. Bloomer and Cadott baseball and Chi-Hi, McDonell, Cadott and Thorp softball were among the winners.

Local baseball and softball box scores from Tuesday's action. Chi-Hi and Bloomer baseball and Chi-Hi, Bloomer, Cornell/Lake Holcombe and Thorp softball were among the winners. 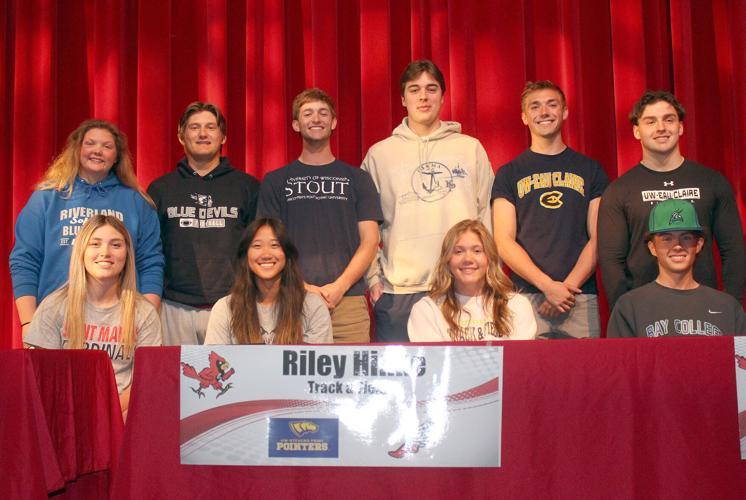 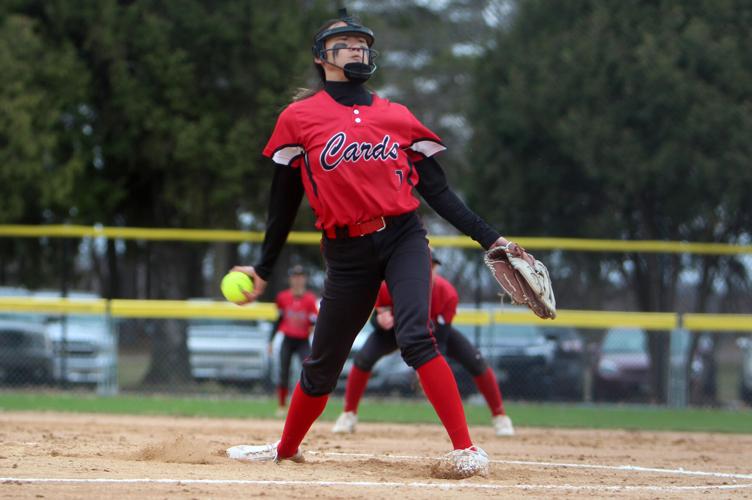 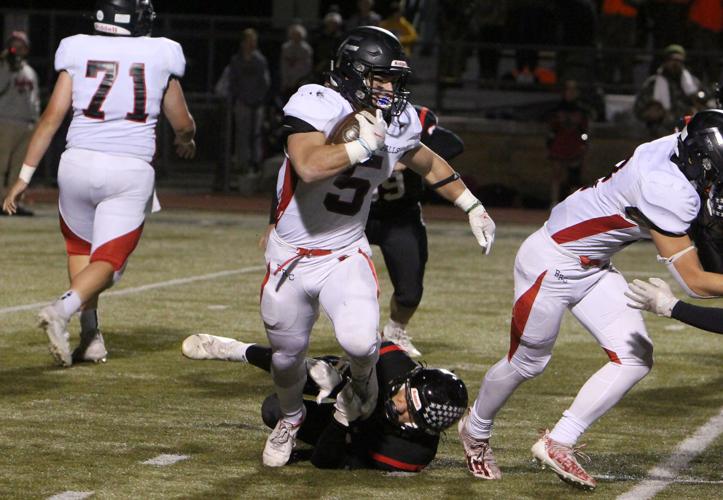 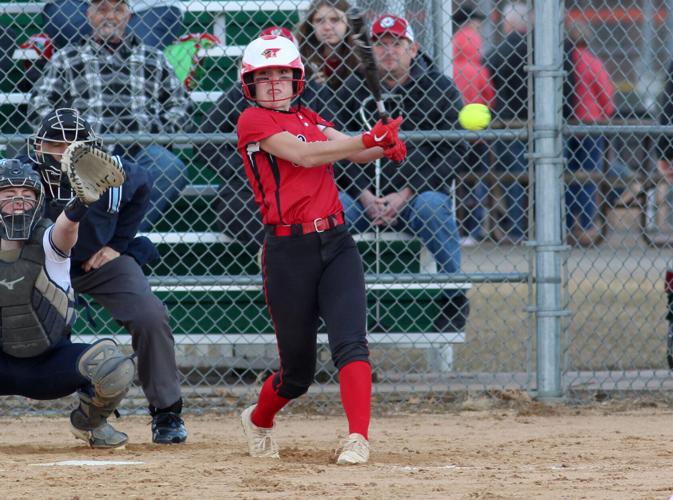 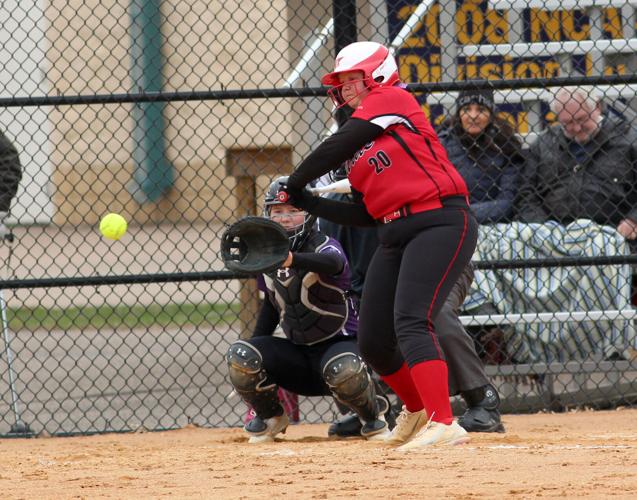 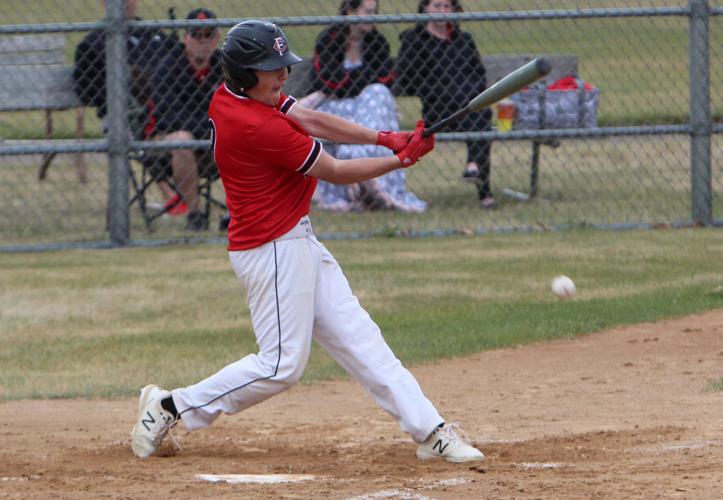 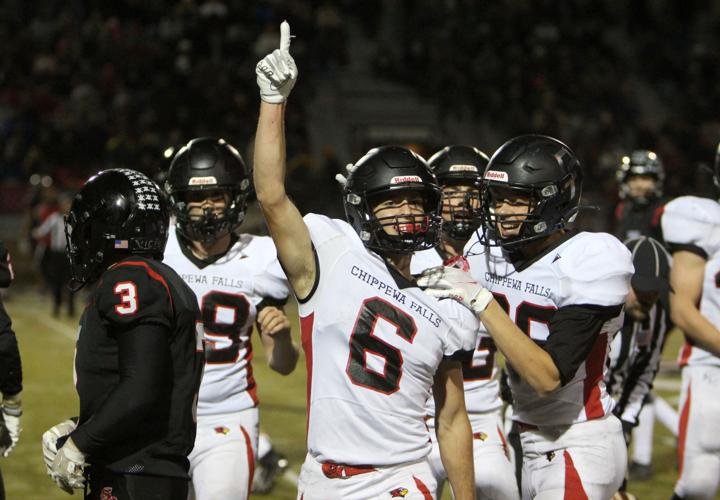 Chi-Hi's Gavin Goodman celebrates after recovering a fumble against Stevens Point on Friday evening at Goerke Park in Stevens Point. 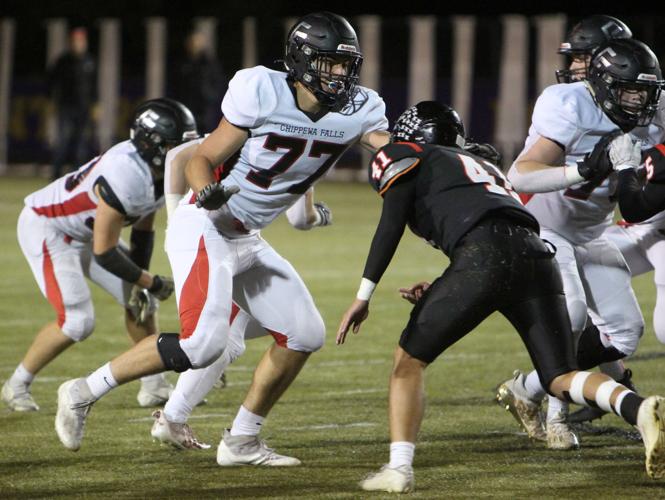 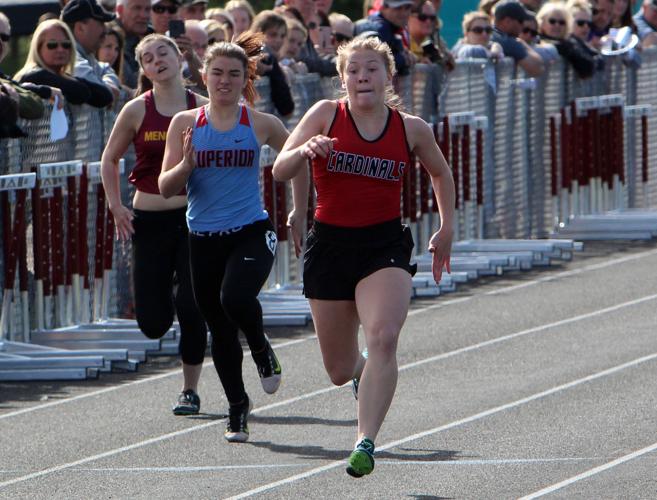 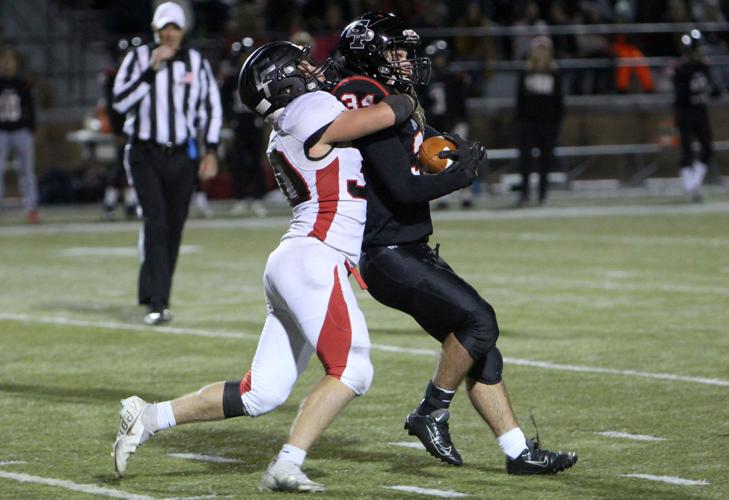 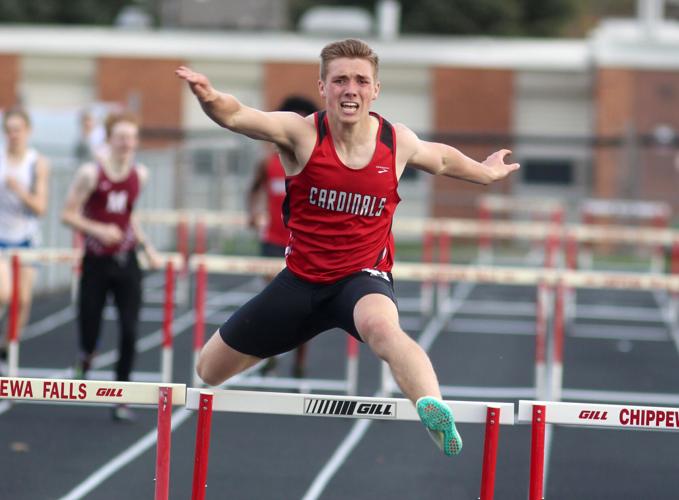