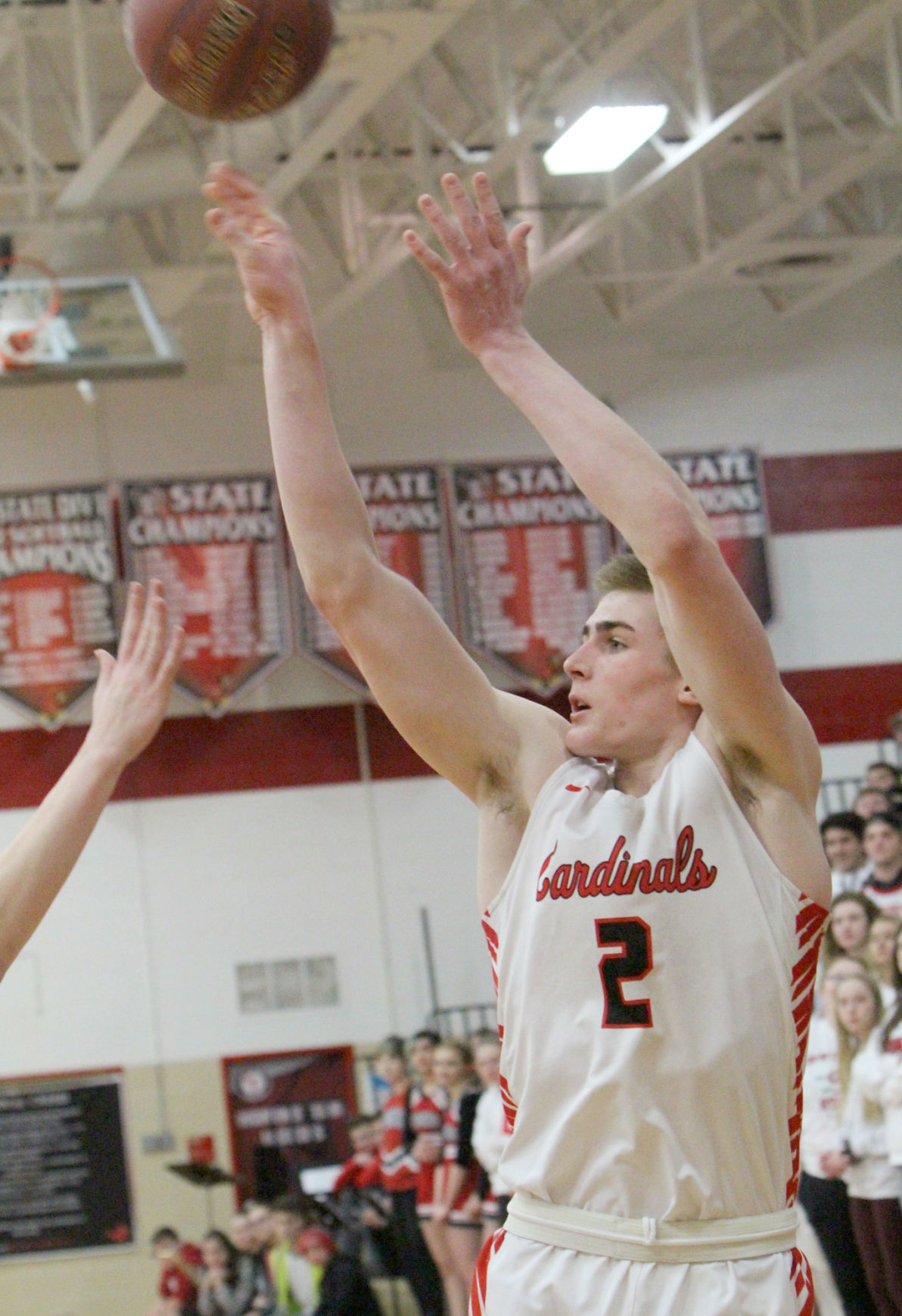 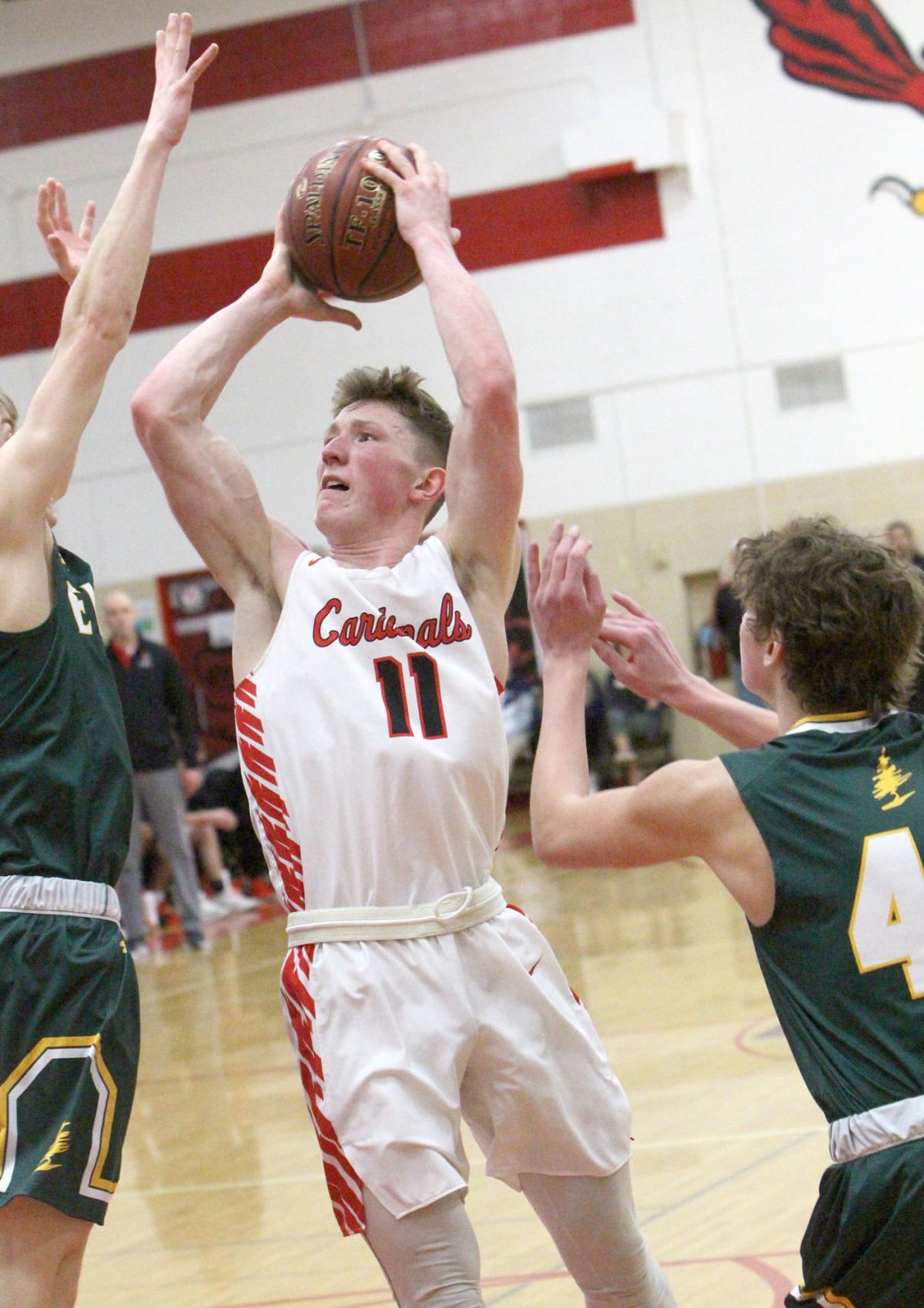 The Chi-Hi boys basketball team has shown the ability to rise to the occasion a number of times so far this season.

That resiliency will be tested in a big way on Thursday as the third-seeded Cardinals (19-5) square off with second seed Neenah (22-2) in a Division 1 sectional semifinal matchup in Marshfield.

Chi-Hi advanced out of regionals for the first time since 1998 by holding off D.C. Everest 69-67 in last Saturday’s regional finals. The reward for the Cardinals is a showdown against the Rockets, a team ranked sixth in the final Associated Press Division 1 state poll of the regular season. Neenah enters Thursday on a 13-game winning streak, most recently pulling away to a 63-49 win over Marshfield on Saturday.

The Chi-Hi boys basketball team held off D.C. Everest 69-67 on Saturday evening in a Division 1 regional final matchup, earning the Cardinals their first regional championship since 1998.

Senior guard Max Klesmit leads an explosive Rocket offense that averages 74 points per game. The 6-foot-3 Klesmit is averaging more than 26 points per game, shooting 53 percent from the field overall and 36.3 percent from 3-point range according to WisSports.net. Klesmit is a collegiate commit to Wofford College, a Division I school in Spartanburg, South Carolina.

Chi-Hi is two games away from state for the first time in 22 years and while the program hasn’t had this much success in recent memory, the team hasn’t looked like a squad short on experience.

“This group doesn’t know any better so they’re focused on what’s next and the task at hand and they know we match up well with Neenah,” Chi-Hi coach Jason Proue said. “They’re ready to get out there and have a good week of practice, getting better every single day for a chance to play a team that was at state last year.”

Neenah topped Hudson 68-66 for a sectional championship a season ago before falling to eventual state champ Brookfield Central in the state semifinals.

Chi-Hi has had no shortage of high-profile matchups this season and has generally performed well in those pressure situations. The Cardinals are 3-1 against teams still alive in the postseason, sweeping matchups against Eau Claire North to go with a 55-54 win over Division 2 state-ranked Stoughton on Dec. 27.

“We’ve played some really good teams this year and these guys definitely know how to handle those games,” Proue said.

Chemistry and focus have been the name of the game for a Chi-Hi boys basketball team fresh off the program's first outright Big Rivers Conference title since 1980 that has turned its attention towards making a deep Division 1 playoff push.

Chi-Hi has lost just once in its last 12 games, a 70-69 last second defeat at River Falls on the final night of the regular season in a contest where the Cardinals were without leading scorer Peyton Rogers-Schmidt due to illness. The Cardinals have scored at least 69 points in each of their last four games.

“We’ve just got to play our game, control the ball, no turnovers, play our defense and we should give ourselves a chance to win the game,” Rogers-Schmidt said.

Chi-Hi’s last venture into sectionals ended with a 67-54 loss to D.C. Everest. The team has been notching off milestones throughout the year, starting by earning a share of the Big Rivers Conference championship for the first time since 1988 before winning the program’s first outright league crown since 1980. The Cardinals have significant roadblocks in their way for the next goal — the program’s first state tournament appearance since 1941.

That won’t come easy for the Cardinals when they square off with the Fox Valley Association runner-up Rockets. The winner of Thursday’s game moves on to play the winner of the other sectional semifinal between top-seeded Kimberly and fourth seed Eau Claire North on Saturday for a trip to state.

Chi-Hi is on unfamiliar ground this week. But that’s not unusual this season and the Cardinals have shown a knack for coming up big when it matters most.

“The game doesn’t get too big for them but they know you just have to have a little bit of extra juice in games like this,” Proue said of the team. “These guys have played a lot of basketball and they’re competitive. They want to make sure that they put themselves in positions to be right there with whoever we play.”

The WIAA, in accordance with policies and guidance from public health organizations and the World Health Organization for mass gatherings, will be limiting attendance at the remainder of all winter tournament events scheduled for March 12-14 and March 19-21.

The WIAA, in accordance with policies and guidance from public health organizations and the World Health Organization for mass gatherings, will be limiting attendance at the remainder of all winter tournament events scheduled for March 12-14 and March 19-21.

Photos from Tuesday's boys basketball contest between Chi-Hi and Menomonie at Johnson Fieldhouse in Menomonie. The Cardinals won 70-39 to capt…

Photos from Monday's boys basketball contest between Chi-Hi and River Falls at Chi-Hi.

Photos from Tuesday's boys basketball contest between Chi-Hi and D.C. Everest at Chi-Hi.

Photos from Saturday's boys basketball contest between Chi-Hi and Hudson at Chi-Hi.

Photos from Monday's boys basketball contest between Chi-Hi and New Richmond at Chi-Hi.