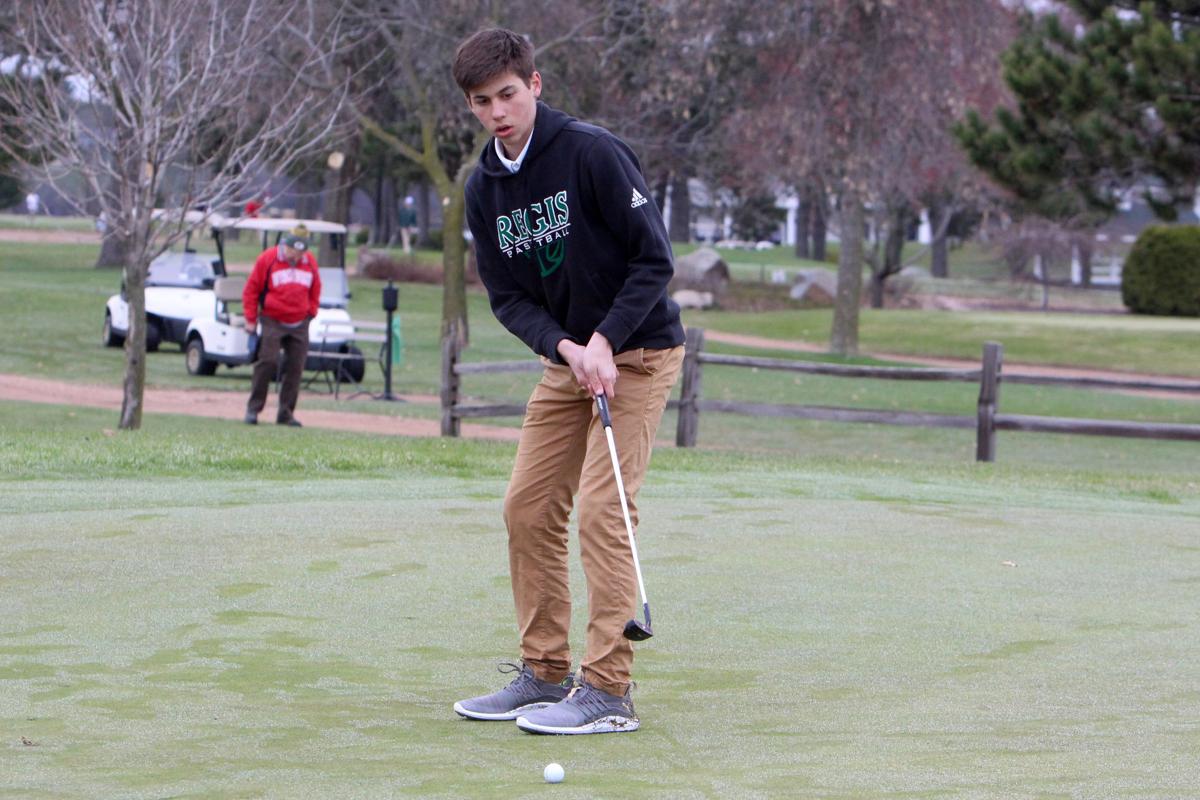 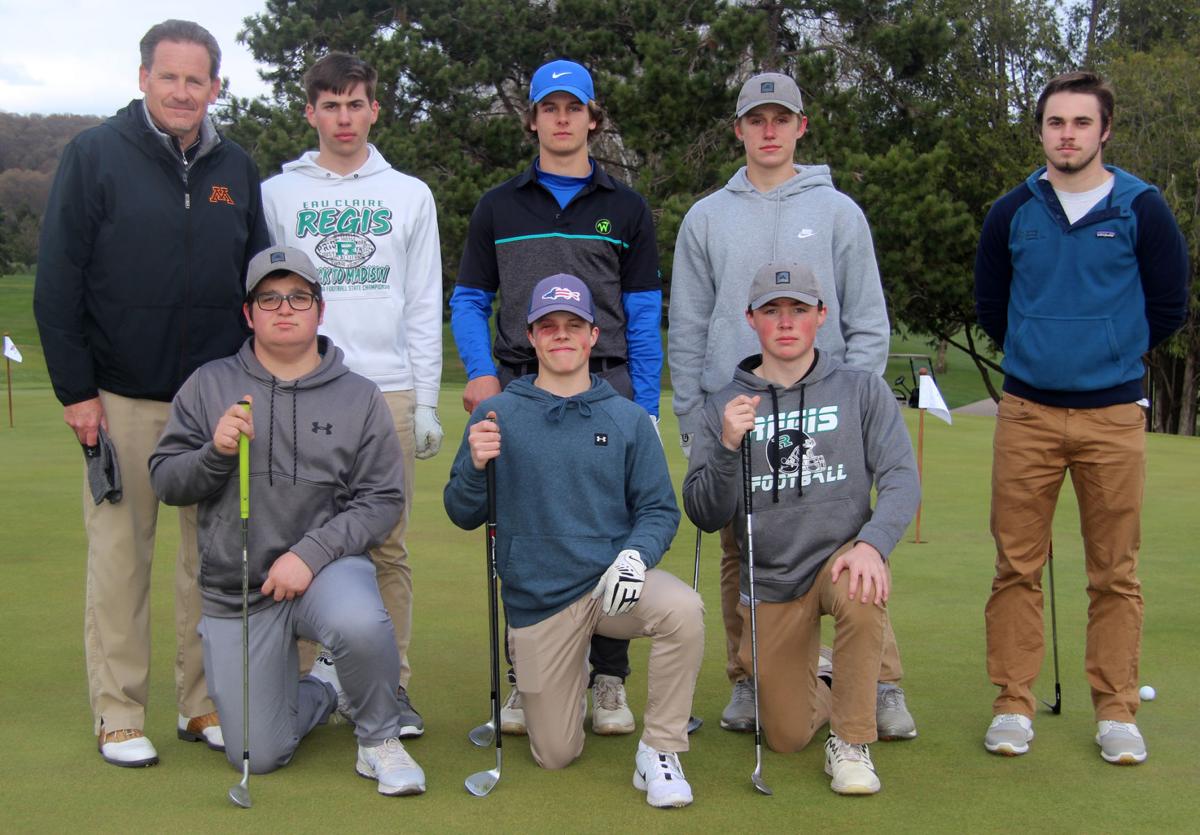 As spring prep sports teams return to action for the first time since 2019, unknowns are everywhere.

And while the McDonell/Eau Claire Regis boys golf team is no different, the Saints also have some known commodities back this season as the team looks to compete in the Cloverbelt Conference and beyond.

The Saints have three experienced golfers that coach Chris Longbella expects to anchor the team and some others eager to show what they can do. In general, the conference graduated a lot of strong golfers, so McDonell/Eau Claire Regis returning some experience is a step up on most.

“I think a lot of the Cloverbelt graduated because there were a lot of good players that were supposed to be seniors last year that didn’t play,” Longbella said. “So the Cloverbelt is going to be pretty unknown in general.”

The top returning golfer in terms of points from 2019 in the league is Isaac Petersilka, who was a part of the program’s Division 2 sectional qualifying effort during his freshman season. Petersilka shot at 86 at sectionals, good for a tie for 26th place overall as the Saints were eighth in the team standings. Petersilka also finished seventh at the Cloverbelt Conference championship as the team was third.

The other four members that took the course at sectionals for the Saints have graduated but a pair of experienced golfers are back with Andrew Bauer and Ben Biskupski.

“We’ve got three kids that are pretty good as known entities and playing a lot of golf,” Longbella said. “They’ve played some tournament golf and they should be solid.”

Beyond that trio Carter Grill, Josh Brickner and Jagger Theisen will vie for time in the lineup. Overall the Saints have 14 players in the program, a solid number that allows McDonell/Eau Claire Regis to field varsity and junior varsity teams. Inviting spring weather prior to Monday’s start of practice allowed the players to get out and play, both on their own as well as during team contact days that were held leading up to the start of the season.

Whoever ends up in the lineup for the Saints, Longbella wants them to get comfortable with playing competitive tournament golf, something many of them haven’t done as of yet.

“I think (we’re looking for) just how to play tournament golf where we’re being smart about course management and getting them in the mode of how to play when you’re keeping score and not wasting strokes and things like that,” Longbella said.

Mother Nature’s unpredictable wrath for Wisconsin springs has caused chaos to spring schedules over the year and while many sports will be starting with games and competitions later than normal, it’s about the same schedule for golf.

Golf will also be the first spring sport to get underway as the Cloverbelt Conference season starts on Thursday when Osseo-Fairchild hosts a league meet at Osseo Golf Club. The Saints won’t have to wait long to host an event as McDonell/Eau Claire Regis welcomes the Cloverbelt to Princeton Valley Golf Course in Eau Claire on Monday for a league matchup. Down the line the program also hosts the Cloverbelt-Dairyland Conference match at Lake Wissota Golf on May 3 and another league event at Eau Claire Golf & Country Club on May 10.

The Saints are in Division 2 for this year’s postseason with Bloomer and Stanley-Boyd, among other teams, and will play its regional round at Trempealeau Mountain Golf Course in Arcadia with sectionals hosted at Skyline in Black River Falls, which is also the site of the Cloverbelt Conference Championships.

Many things are yet to be determined for the Saints and other local teams as well. But after missing out on a 2020 season, the program is happy to be back out on the course and will be learning as it goes.

“It’s going to be fun to figure it all out and see who’s doing well,” Longbella said. “It’s such an unknown.”

Should there be concern around the Yankees?

Should there be concern around the Yankees? 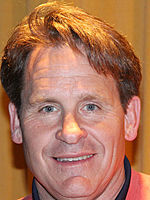