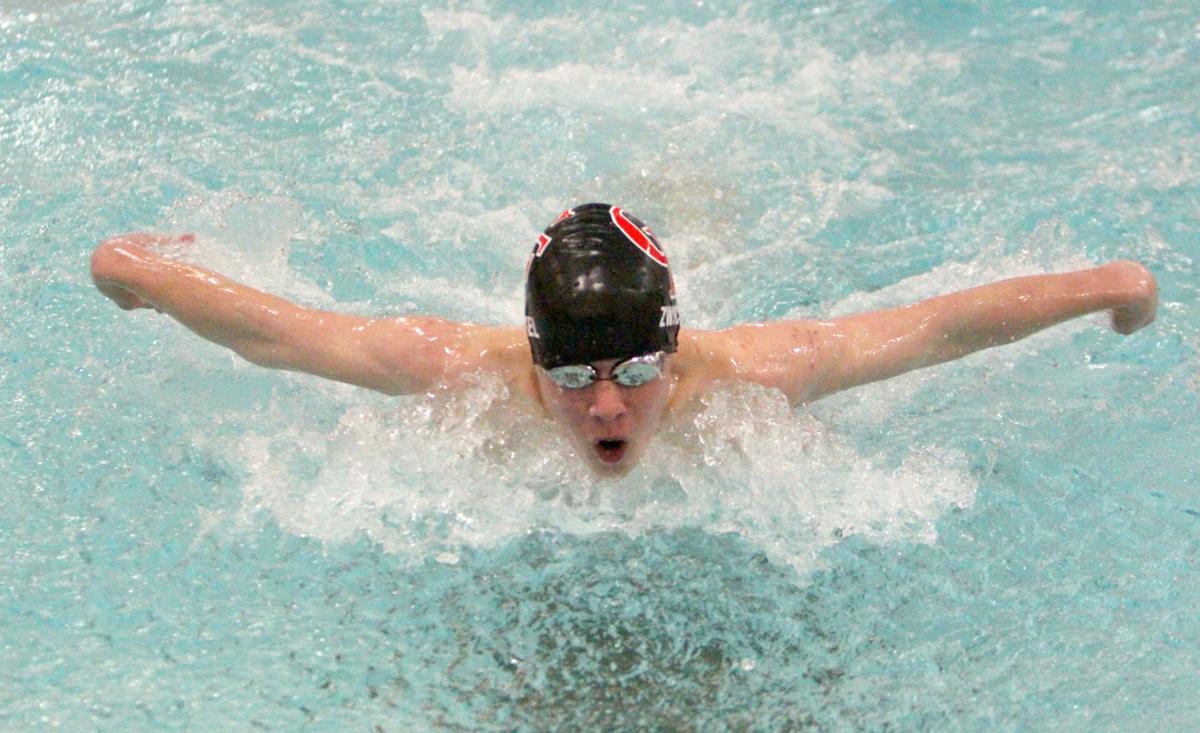 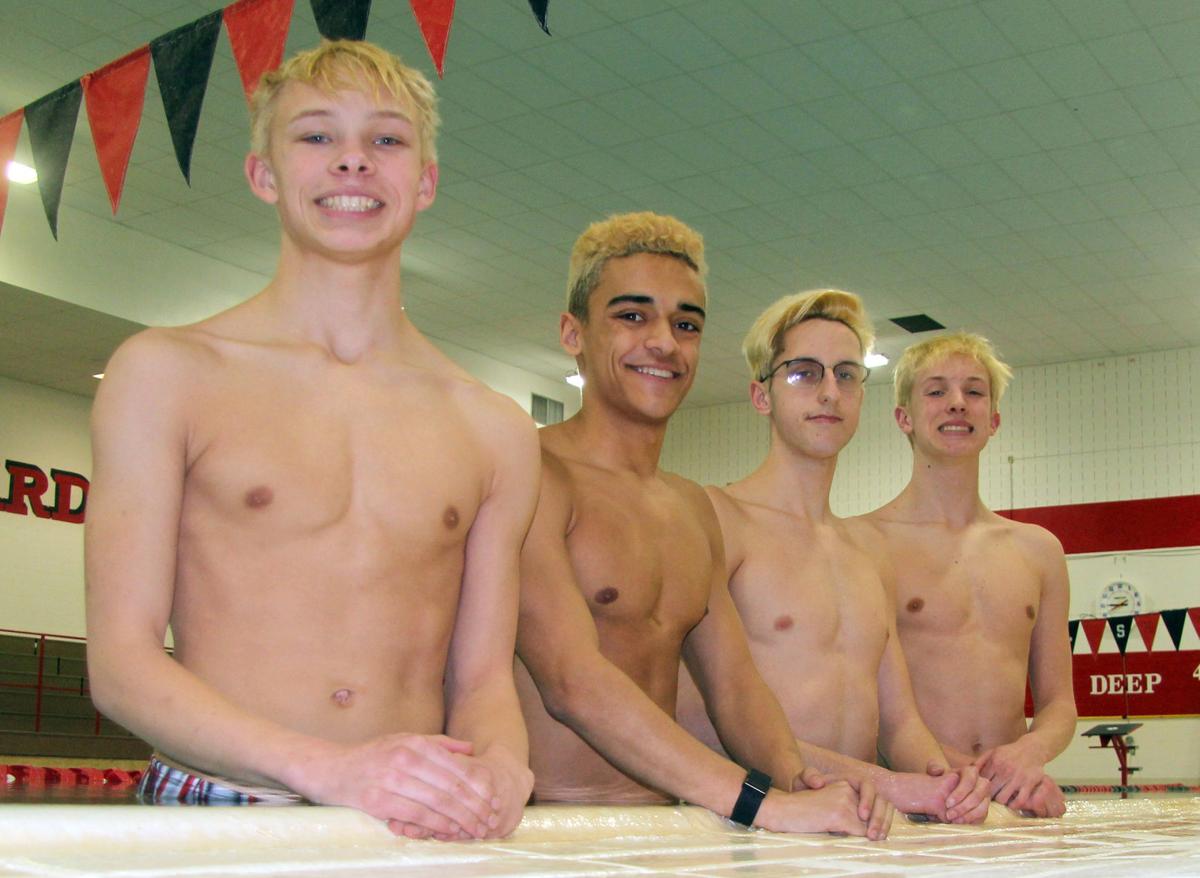 The relays on the Chi-Hi boys swimming team share an uncommon bond.

Despite the age difference with the senior Ian Olson, junior Porzondek and sophomores Vargas and Andrew Olson, they swim together like they’ve been working together for years and years.

That’s because they have. The group came up together in the Chippewa Falls YMCA program before hitting the pool with the Cardinals.

The quartet advanced to state with third place finishes in the 200-yard medley relay and 200 freestyle relay with times that were among the best across the state. But they weren’t that way entering the sectional in Hudson. Prior to competition, the team did the math on seed times across the state and found they were outside the top-24 positions necessary to advance. Significant improvement was necessary, but in the face of that there was no rah rah speech needed.

“We all knew we had to beat some teams, but it didn’t really seem like that much of a problem,” Porzondek said. “We knew it was going to be tough and come to some pretty close time cuts but in the end I’m pretty sure we were all pretty confident in ourselves that we could do it, we could pull it off.”

The 200 medley performance improved by more than three seconds from its seed time while the 200 freestyle effort was better by more than two seconds. Both performances were among the best time pickups among the top-five finishers.

“We worked for this all year,” Andrew Olson said. “We all knew coming into it we wanted to get both these relays down to state.”

Ian Olson, Porzondek and Vargas teamed up with then-senior Matt Blake to finish 19th in the 200 freestyle relay at last year’s state championships.

The unspoken bonds of the team was tested at the start of the year when Chi-Hi coach Eric Olson took a leave of absence from the team for health reasons. Everyone from the assistant coaches to the swimmers to the managers had more put on their plate, but the group remained focused until coach Olson returned in January.

Coach Olson has also picked the brain of fellow Chippewa Falls Middle School teacher Jason Proue, who has led the Chi-Hi boys basketball team on the brink of the program’s first Big Rivers Conference championship since the late 1980s. Olson and Proue have discussed team building and getting everyone to buy in to the betterment of the team.

“I think with what he’s done with that basketball program and a team concept has helped me,” coach Olson said of Proue.

That has meant not being afraid to tweak things within the relays to find the best combination of who swims where.

“It’s like on a football team, everybody has their own job and you’ve got to make sure you have a person in there that’s going to do exactly what they need to do,” coach Olson said.

The team is taking it easy in practice this week by design, starting the week by swimming 3,200 yards in a session after averaging 6-7,000 yards per practice earlier in the season. The team is rested yet still trained from its taper and focused on dropping even more time in their two events together this Saturday.

“I think it’s a relaxed feeling but you still have to have that mentality to grind, to work hard because we have a job to do in Madison,” Vargas said.

Zach Topritzhofer and Ryan Beranek are alternates for the relays and give the Cardinals a pair of capable swimmers that can jump in if the need were to arise.

Coach Olson pointed to the leadership of seniors Ian Olson and Topritzhofer as important as the team worked its way through an up and down season and that both of those swimmers will be tough to replace after they leave the program after this season.

Ian Olson will also swim in a pair of individual events at state following his sectional championship in the 100 breaststroke and second-place finish in the 50 freestyle. He finished seventh a year ago in the 100 breaststroke, but altered his training slightly in the leadup to sectionals to help him for state. Most swimmers try to maximize their rest leading into sectionals to drop significant time. The senior opted to do that this week, knowing his sectional time would be strong enough to qualify regardless.

Olson is hoping that can lead him to a top-three finish come Saturday.

“It was a little bitter to count it up and see 11th place (as his seed) but I had to keep it in the back of my mind,” Olson said of his training approach.

Saturday will be the final time the group swims together at the high school level. The senior Olson admitted it hasn’t set in that it will be his final swim as a Cardinal. But the group will approach it like they’ve approached other events in the past — together, knowing full well what to expect.

“They know, because they’ve been together for so long and it’s just been great to see that progression,” coach Olson said of the group. “I told them on Saturday (at sectionals) I’ve watched you guys grow up and it’s just fun to watch them get to this point and succeed.”