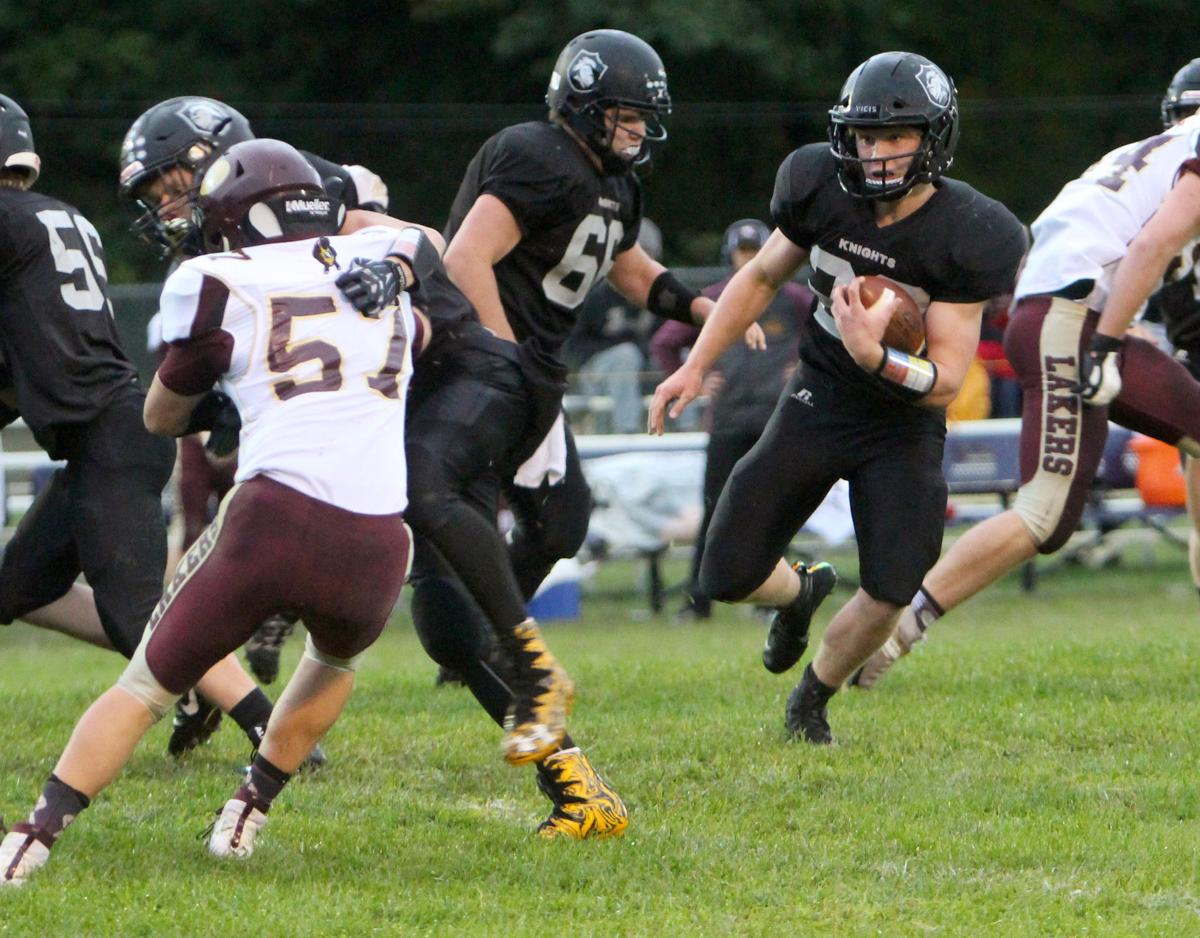 Lake Holcombe/Cornell's Tate Sauerwein runs with the ball during a game against Turtle Lake last season in Holcombe. 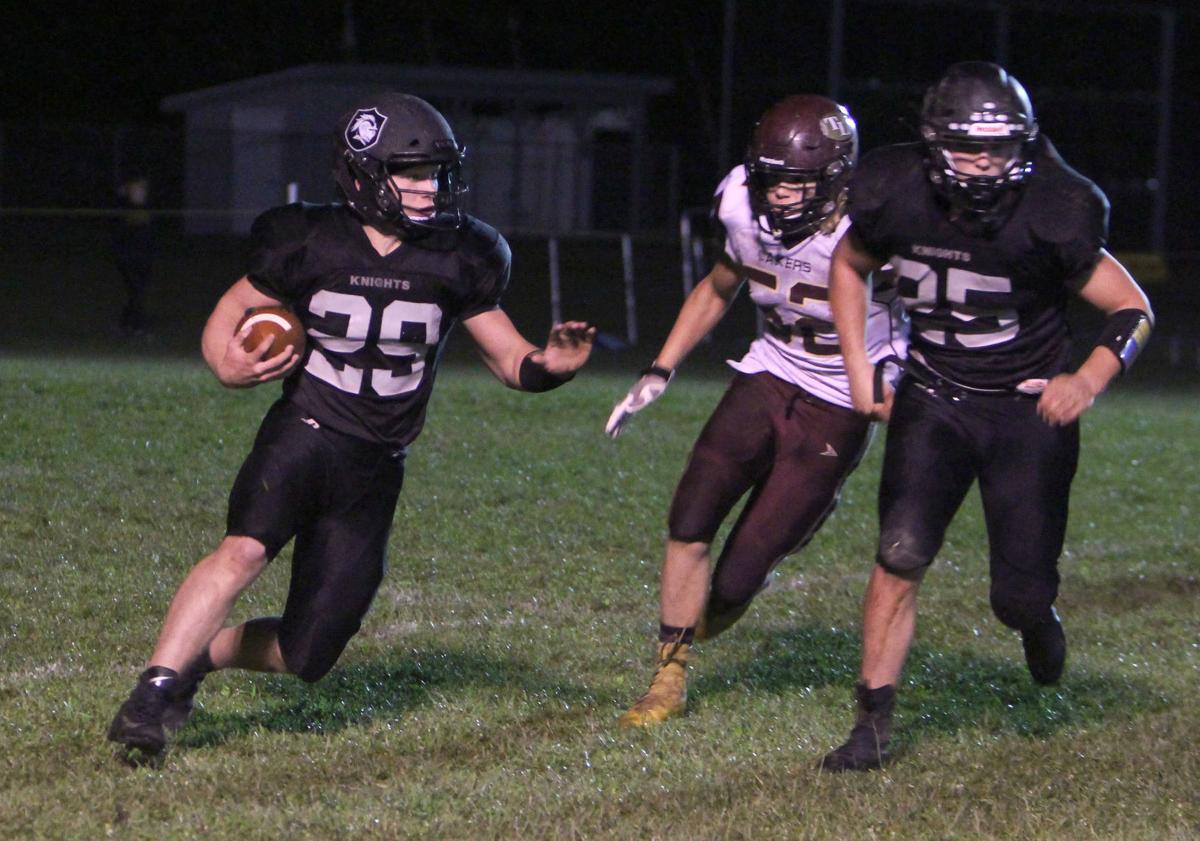 A breakthrough junior season on the gridiron put Tate Sauerwein on the map.

The Lake Holcombe/Cornell standout’s offseason has been focused on getting bigger, stronger and faster and he got the opportunity to show off his hard work recently when he competed at a Blue-Grey All-American Combine in Hendersonville, Tenn. The combine was one of eight hosted around the country and among the more than 1,100 players to take part across the nation, Sauerwein was the only competitor from Wisconsin to do so.

“It’s been an eventful summer, I’ll say that much,” Sauerwein said. “As far as busyness goes, compared to how busy it was — it was supposed to be a lot busier. I had a lot of camps canceled on me.”

Sauerwein made a name for himself last fall for the Knights on both sides of the ball, running for 1,071 yards and averaging more than 6.2 yards per carry on offense while making 70 tackles with seven forced and recovered fumbles while anchoring the Lake Holcombe/Cornell defense. He was named the Lakeland Conference Offensive Player of the Year and was a first team all-conference selection at running back and linebacker while also earning Wisconsin Football Coaches Association All-Region honors on his way to being named the Chippewa County Player of the Year.

He entered high school as a 150-pound youngster but his commitment to improving his craft has turned him into an all-around threat.

“He’s the complete package,” former Lake Holcombe/Cornell coach Troy Story said after Sauerwein was named the Chippewa County Player of the Year. “Beside from his physical talent he’s got the heart, he’s got the drive and he’s always looking for ways to get better.”

Everything you need to know on this year's All-Chippewa County football team, led by Chippewa County Player of the Year Tate Sauerwein from Lake Holcombe/Cornell.

The top prep football photos from the fall, taken by The Chippewa Herald staff. This year's All-County team is revealed in this weekend's edit…

Here are recent Chippewa County Football Players of the Year. This year's All-County team is revealed in this weekend's edition of The Chippew…

COVID-19 has turned much of the sports world on its ear, including prep football where many teams had their offseason strength training and workout plans impacted. But Sauerwein has been able to maintain his workout gameplan and succeeded in his offseason goal to gain size and strength. Sauerwein is now over 205 pounds while losing none of his speed. At the combine Sauerwein had a 24 reps on the bench at 185 pounds, the most of any running back at the event. He posted a time of 4.38 seconds in the shuttle, the fastest time of his session and tied for fifth best overall. Sauerwein ran a 4.77 in the 40-yard dash, an improvement from his time last year despite gaining size and was ‘super excited’ to get the chance to see how he stacks up with many top athletes from around the country.

“If you perform well there and you notice you’re doing better there then that’s when you know you’re actually an athlete,” Sauerwein said of competing at the combine. “You are as good as whatever you think you are.”

Sauerwein has been contacted by many schools about going to camps and taking visits, saying he specifically was looking forward to the chance to work out at the University of Wisconsin and at North Dakota State University before pandemic-related concerns canceled those events.

Brandon Baldry is not in the exact same situation other first-year football head coaches are.

The start of the prep football season has been pushed back to Sept. 7 and while that has been a disappointment to many of the state’s players, coaches and fans, Sauerwein is looking at the silver lining of the situation and utilizing the extra time to work on his speed, quickness and endurance to be as physically ready as possible for when the season kicks off.

“We get less games, but that just gives me a month to get better,” Sauerwein said. “So I won’t be able to play as many games but when I do get into those games I’ll be a month better than if we started a week ago.”

• Chippewa County Player of the Year

The Stanley-Boyd football team tallied a school record 65 points in a 65-6 victory over Fall Creek on Friday to open the season at Oriole Park.

The Hurley football team jumped out to a 26-0 halftime lead on the way to a 39-6 victory over Lake Holcombe/Cornell on Friday evening in Holcombe.

The Cadott football team is entering a new conference this fall.

The McDonell volleyball team utilized successful serving to help stay unbeaten on the season with a straight-set win over Stanley-Boyd on Thursday at McDonell.

Charlie Herrick hauled in an 11-yard touchdown pass from Jack Strand in overtime to give the Bloomer football team a 34-28 victory over Saint Croix Falls on Friday evening.

The path leading the Chi-Hi football team into this Friday’s season opener at River Falls is quite unique.

Looking Back (Sept. 26-Oct. 2): Stanley-Boyd's Mitchell accounts for six touchdowns in rout over Altoona in 1990

Stanley-Boyd's Jon Mitchell accounted for six total touchdowns to lead the Oriole football team in a 46-14 win over Altoona during this week in 1990.

Lake Holcombe/Cornell's Tate Sauerwein runs with the ball during a game against Turtle Lake last season in Holcombe. 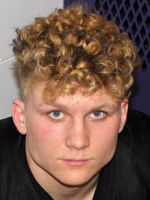