Menomonie school board censures Jim Swanson; requests his resignation and will file a disorderly conduct complaint against him 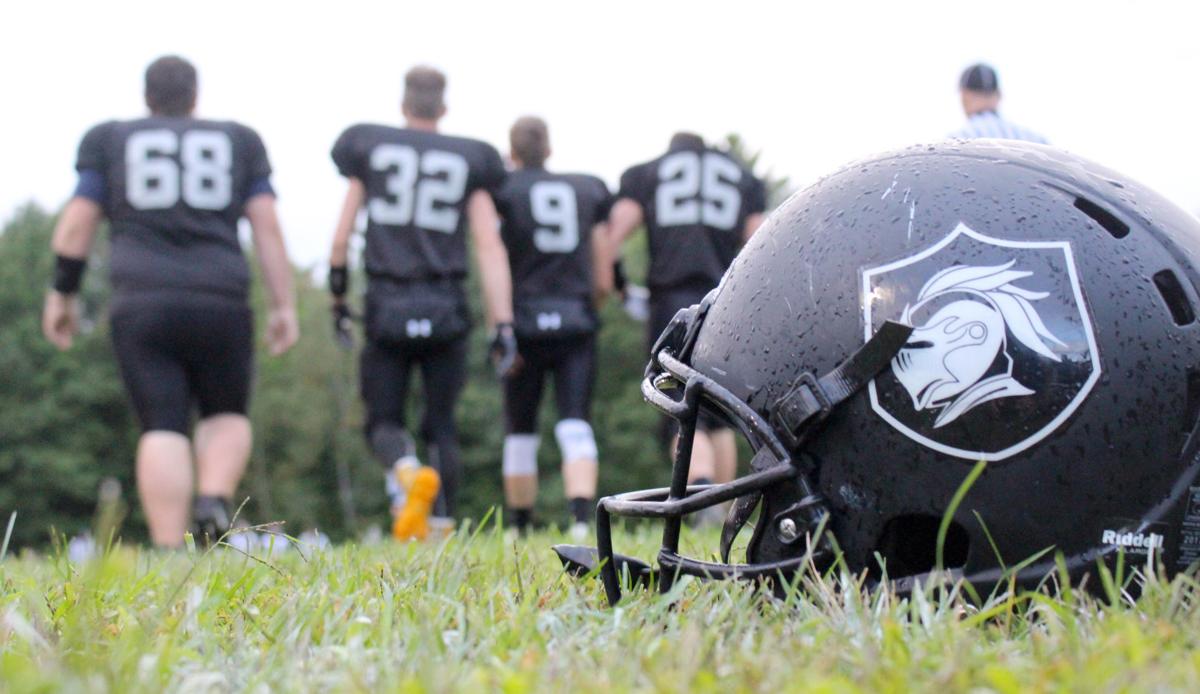 Team captains from the Lake Holcombe/Cornell football team head to midfield for the coin toss before a game against Turtle Lake last season in Holcombe. 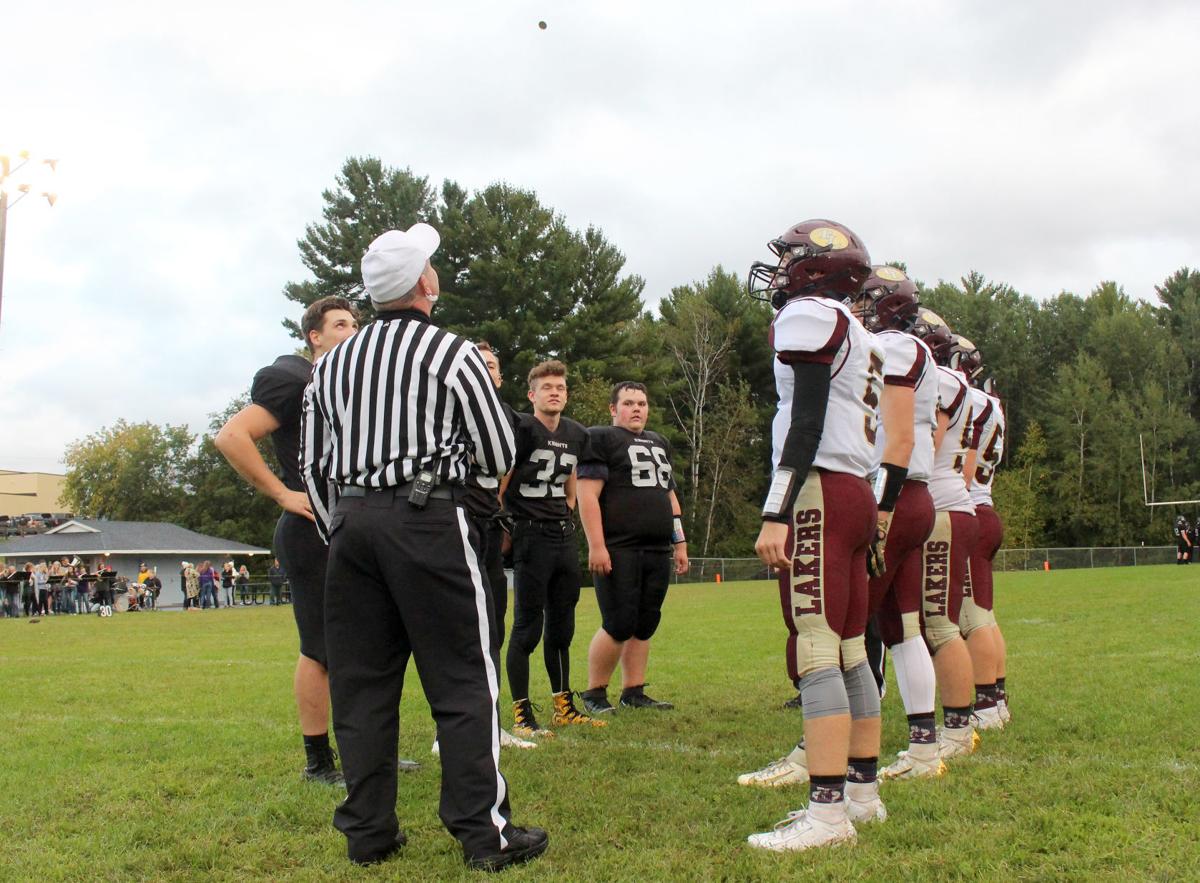 Members of the Lake Holcombe/Cornell and Turtle Lake football teams watch the coin toss before a game last season in Holcombe.

As recently as 2011 the Lakeland had 24 total programs across three conferences on the gridiron with the South Lakeland, Large Lakeland and Small Lakeland conferences.

One year later many of those programs transitioned towards 8-man football when the modified style of game returned to the state full time and overall team numbers for the Lakeland have dropped ever since with more and more of the smaller-sized schools opting to go a different way.

Rib Lake/Prentice, Ladysmith and Hurley are the new teams to league with Turtle Lake, Clear Lake and Elmwood/Plum City departing for the Dunn-St. Croix Conference.

“I think we all seen it coming in time,” Lake Holcombe/Cornell coach Brandon Baldry said of the realignment. “With 8-man coming around and being more popular more schools are going to it (and we knew) the 11-man would have to adjust and realign at some point.”

The Lakeland is set to have a pair of 6-team leagues for 8-man this fall with former conference stalwarts New Auburn and Bruce moving to the Central Wisconsin Conference. Ladysmith makes the move to the Lakeland after years of being one of the smaller teams in the Heart O’North Conference.

“I feel like it would make us a little more competitive playing schools with similar numbers football wise,” Ladysmith coach Kirk Yudes said of the move. “We go to either the biggest or second-biggest school in that conference. I think it benefits us that way where we’re one of the smallest schools in the Heart O’North and smaller numbers as far as kids participating, that way it benefits us.”

Rib Lake/Prentice moves to the Lakeland from the North Marawood Conference where the program spent recent years battling the likes of state powers Stratford and Edgar. Hurley joins the Lakeland after playing an independent schedule in recent years while residing near the Wisconsin-Michigan border.

Longtime solo Lakeland schools like Grantsburg, Unity, Webster and Flambeau have rolled with the changes as they’ve remained 11-man programs and are ready to do so again this fall with the new alignment.

“Obviously every team is different year to year but from a scouting standpoint you’re definitely adding more to your plate starting off with a team that you’ve never faced before,” Webster coach Andy Smith said. “That adds a little bit to it but that also makes it fun and exciting too.”

The statewide realignment was pursued with the hope of joining teams with geographical, enrollment and competitive similarities to address possible inequities across the state — some leagues played full 9-game regular season schedules against conference foes while others played nearly half the season against nonconference teams.

The added exodus of teams from 11-man to 8-man has created additional hurdles for the remaining Lakeland schools — not just with conference games but also when it comes to trying to schedule nonconference games closer to home. Lake Holcombe/Cornell was able to accomplish that with non-league games against Cadott and Thorp and Ladysmith has out-of-conference matchups with former Heart O’North foes Barron and Cumberland.

But others weren’t so lucky.

Webster lost a nonconference foe a few years back and was unable to find a new team to fill its place and played only eight regular season games in 2018 and 2019. This fall the Tigers picked up Turtle Lake and Clear Lake as nonconference games and will play a full 9-game slate for the first time in several years.

Further movement into 8-man football in the coming years could lead to further realignment and change within the Lakeland. Lake Holcombe and Cornell combined to form a co-op following the 2012 season for many reasons including an effort to stay in 11-man instead of moving to 8-man as individual schools. Other schools like Webster want to maintain its legacy and lineage in the 11-man game.

“I’m worried there will be some pressure coming down here to push us to 8-man just from a school standpoint. You’re spending a lot of money busing your kids two hours,” Smith said. “I’m a little scared about that when they say hey, you have all these 8-man teams right here, how come you don’t do that?”

The Lakeland has seen plenty of turnover but the programs are excited as they begin the latest chapter of the league.

“I’m excited for new opportunities to get to know some new guys and compete against some teams that we might not normally see,” Yudes said.

Brandon Baldry is not in the exact same situation other first-year football head coaches are.

Team captains from the Lake Holcombe/Cornell football team head to midfield for the coin toss before a game against Turtle Lake last season in Holcombe.

Members of the Lake Holcombe/Cornell and Turtle Lake football teams watch the coin toss before a game last season in Holcombe. 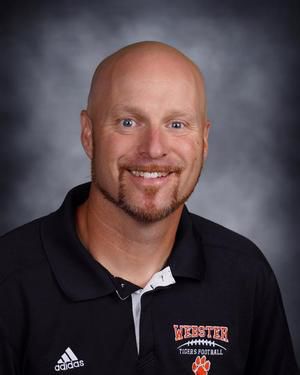