The Eau Claire Regis/McDonell girls soccer team enters a new chapter this spring as the team is a part of the newly-created Mid-Western Wisconsin Conference.

The Saints return a deep squad for their first foray into the new league as the team's strength of its roster is matched by its excitement to be back out on the pitch after a year off.

“It’s been nice to have a few extra contact days," Regis/McDonell coach Scott Hoffmann said. "We’ve lost a little bit of our spring season because of the fall season pushing into it but I think we’re ready for the season. I’ve told the girls, I think we’ve got more depth on this team than any of the other teams we’ve had over the last 10 years here which will help quite a bit in a shortened season.”

New faces to the varsity roster like midfielder Annabelle Schroeder, defender Amber Scheffler, forward Colleen Callagan and defenders Macyn Cullinan and Lexi Ridenour will only add to the team's depth for a program just three springs removed from a trip to the Division 4 state tournament.

“We have a lot of interchangeable parts on this team," Hoffmann said. "Girls can play multiple positions and we have freshmen that are going to come in and contribute immediately which is always a nice luxury for a team.”

The newly-created Mid-Western Wisconsin Conference is made up of nine teams from a large area of the state, from local co-ops like Altoona/Fall Creek and Melrose-Mindoro/G-E-T to longer trips to Amherst/Iola-Scandinavia and Adams-Friendship. The opportunity to be a part of a league and compete for a conference title and postseason accolades are factors that have the Saints eager to get started.

“It’s a very different and new opportunity for the girls to play in a conference and conference championships and whatever awards come with being in a conference, something teams in the past have never had to do," Hoffmann said.

The Saints open the season on Thursday by hosting Arcadia at Regis High School with the game being the first of three in three days. Regis/McDonell hits the road on Friday to travel south and face La Crosse Aquinas before a Saturday showdown with Eau Claire North in a game hosted at UW-Eau Claire.

The second half of the regular season offers more home games for the Saint as they are scheduled to play five of their final seven regular season games at home leading into the Division 4 playoffs.

Regis/McDonell once again has the firepower to open some eyes and this year has some new opportunities in front of it.

And after having to be away from the game for a year, there's some added excitement as the program is back on the field.

“It’s been a long time since these girls have been out here and able to play soccer," Hoffmann said. "I can tell you the enthusiasm level is just so high and everyone appreciates the opportunity to get back out there again.”

Seven runs in the first two innings helped the Thorp/Gilman baseball team earn a 16-5 win over Cadott in six innings on Tuesday in Cadott.

Cadott senior Meadow Barone and junior Makenna Barone are more than just sisters, they are a catcher-pitcher battery for the Hornets softball team that enters the second half of the Western Cloverbelt Conference season in the hunt for a league championship.

The Cadott softball team stayed in the hunt near the top of the Western Cloverbelt Conference after sweeping a doubleheader with Thorp on Tuesday, winning the first game 3-2 before taking game two 13-7.

Three runs in the fifth inning were the difference for the McDonell softball team in a 10-7 Western Cloverbelt Conference victory over Cadott on Friday evening as the Macks remain alone atop the league standings.

The Chi-Hi boys tennis team has fewer numbers this year but is excited as ever to play after having the 2020 season canceled. 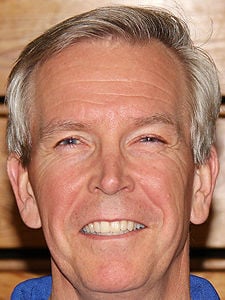