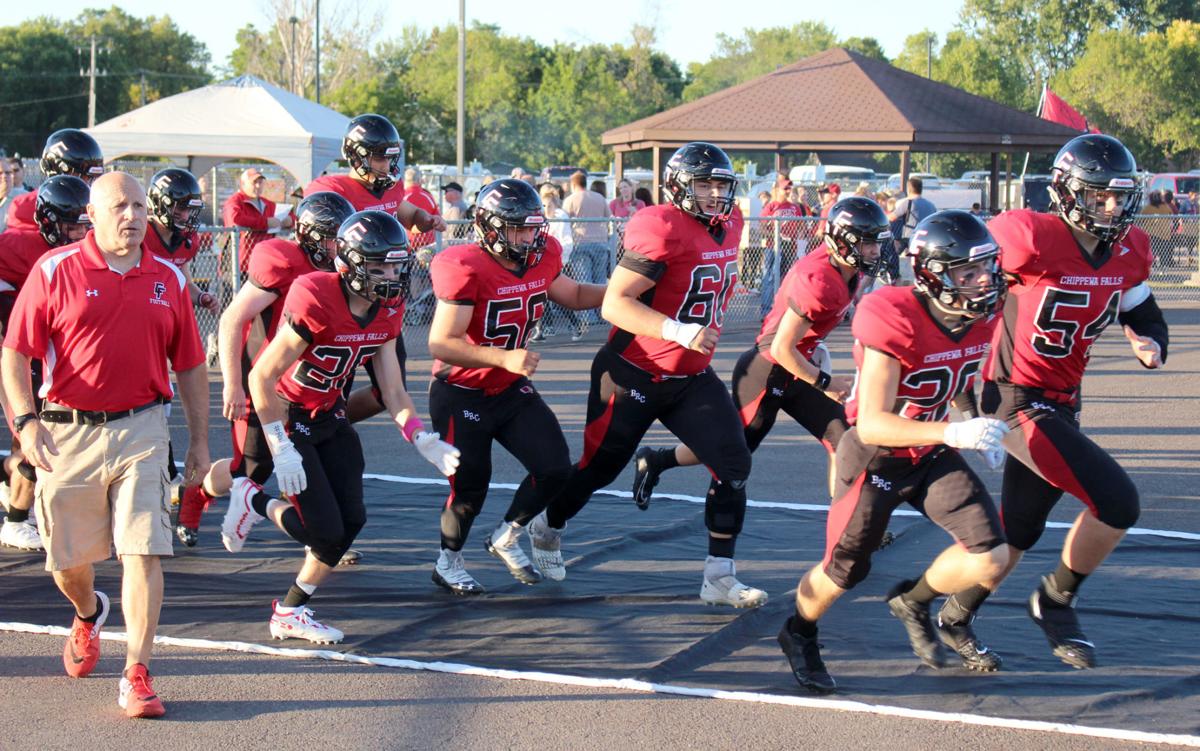 Members of the Chi-Hi football team hit the field before a game against Menomonie last season at Dorais Field. 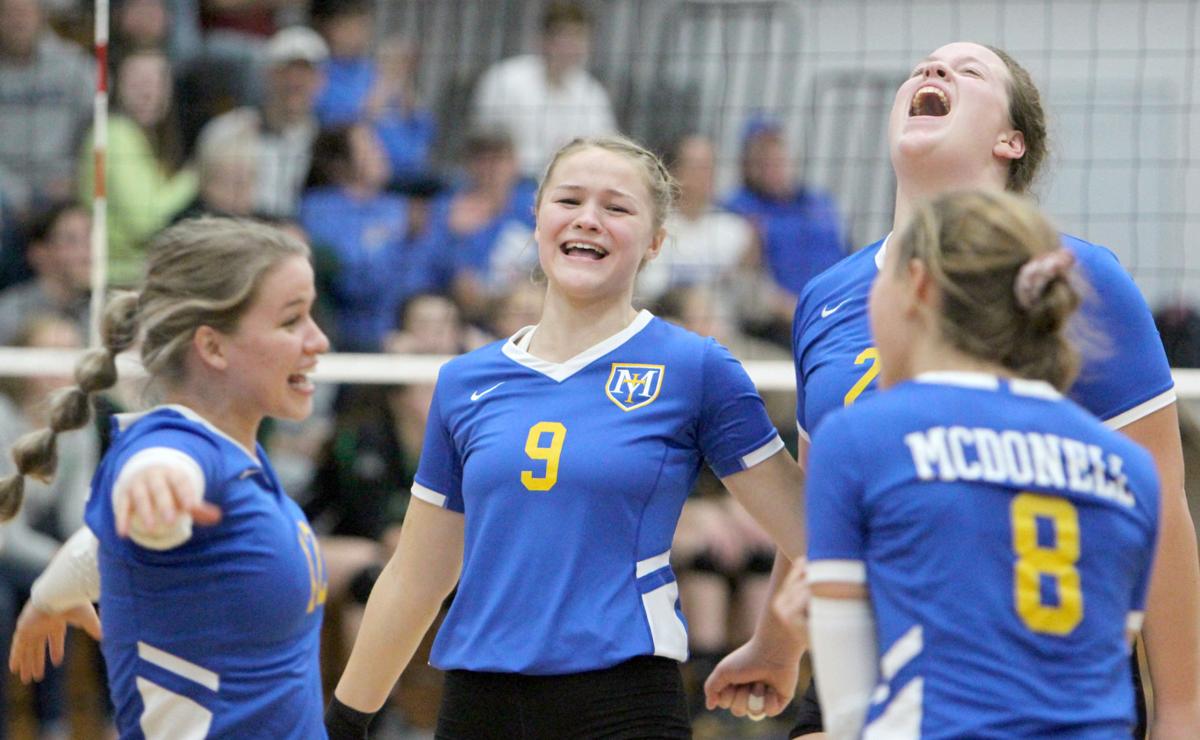 Members of the McDonell volleyball team celebrate after a point last season during a Division 4 regional final matchup against Eau Claire Immanuel Lutheran at McDonell.

The first hurdle towards having fall sports was passed on Thursday when the WIAA Board of Control passed a motion delaying the start of the prep season.

The organization ruled girls golf, girls tennis, girls swimming and boys and girls cross country will start on Aug. 17 with football, boys soccer and volleyball beginning their seasons Sept. 7 in response to the ongoing COVID-19 pandemic that ended the winter sports season during the basketball playoffs and canceled all of spring’s scheduled activities. The decision gave the state some clarity on what the fall could look like after months of speculation.

But it is simply the first domino in a long process.

“I didn’t know what to expect,” Thompson said. “I think all the proposals that were thrown at the WIAA all had positives and negatives given the pandemic we’re living in and so that’s why I tuned in to see exactly what happened. Obviously we’re trying to provide opportunities for kids and I think they’re able to do that.”

Several scenarios were discussed including a proposal from administrators from the southwest portion of the state that would have moved the fall sports season into the spring and spring sports to next summer before the decision to start ‘low risk’ sports three weeks before ‘high risk’ activities was passed and McDonell athletic director Emily Mallek was ‘pretty pleased’ with the decision.

“Coming out of it I really think they took the goal of getting kids back safe was the main thing and I’m actually pleased that we still have an opportunity to participate this fall,” Mallek said. “It’s kind of left up to each local school district on their thoughts and working with their local health organization to see if they’re able to safety participate. But I do think it’s really optimistic, especially for schools in our area that we will be able to have some sort of participation competition going into the fall which obviously is a big relief for our coaches and our staff.”

Schools that are unable to play in the fall due to health concerns would be able to play in the spring in a modified format. The Big Eight Conference near Madison is the first league to announce fall competitions will not be held.

“At least we have some sort of direction now instead of…since last March I feel like it’s just been walking in the dark,” Mallek said. “When people ask, we really don’t know specific answers. At least we’re in the right direction now.”

But how those reassembled fall schedules may look is the next question. Moving the start of the football season back one month eliminates the first three weeks of games under the previous schedule before practice can start. Volleyball and soccer’s starting dates are moved back three weeks while the lower-risk sports will have lesser changes to the schedule as the current winter schedule has not been approached as of yet.

“I’m just very happy we’re giving the kids an opportunity to participate,” Mallek said. “I’m glad it wasn’t just a blanket decision and if schools and areas are unable to participate in the fall there will be an opportunity in the spring. Who knows, I’m not thinking that we will have to do that but at the end of the day we really want to give the kids across the state some type of participating whether it’s a state championship or not but in a safe way.”

Thompson said he expects to receive further clarification from the WIAA in the coming days and weeks with more specifics as to how the fall season will look. Schools will also need to make sure they’re adhering to local health guidelines that can be changing often, adding another variable to the equation.

“There’s a couple dominoes that need to fall from the state level but there’s also a couple domino that need to fall at the local level and obviously we’ve got to work out some details,” Thompson said. “Fortunately I would say that’s been my sleepless nights, trying to figure out ways to do this. So we’ve got a couple plans in place but (we’ve) got to have some checked stuff in the checked boxes before that stuff happens.”

A lot of questions will be hopefully answered in the coming week, but for the first time in a while there’s a plan in place that can hopefully lead to prep sports returning.

“I think that’s at the forefront of everybody’s mind from the WIAA to us here in Chippewa Falls is if we can offer activities for kids safely, we want to be able to do it,” Thompson said. “That’s not lost on anybody but those are keys — opportunities for kids but safely so that’s where we start and end the conversation. Every step we take towards that, obviously that’s the first thought and really the only thought to make sure we can do those things.”

Prep Cross Country: Chi-Hi optimistic close to normal season can be had

Members of the Chi-Hi football team hit the field before a game against Menomonie last season at Dorais Field.

Members of the McDonell volleyball team celebrate after a point last season during a Division 4 regional final matchup against Eau Claire Immanuel Lutheran at McDonell.