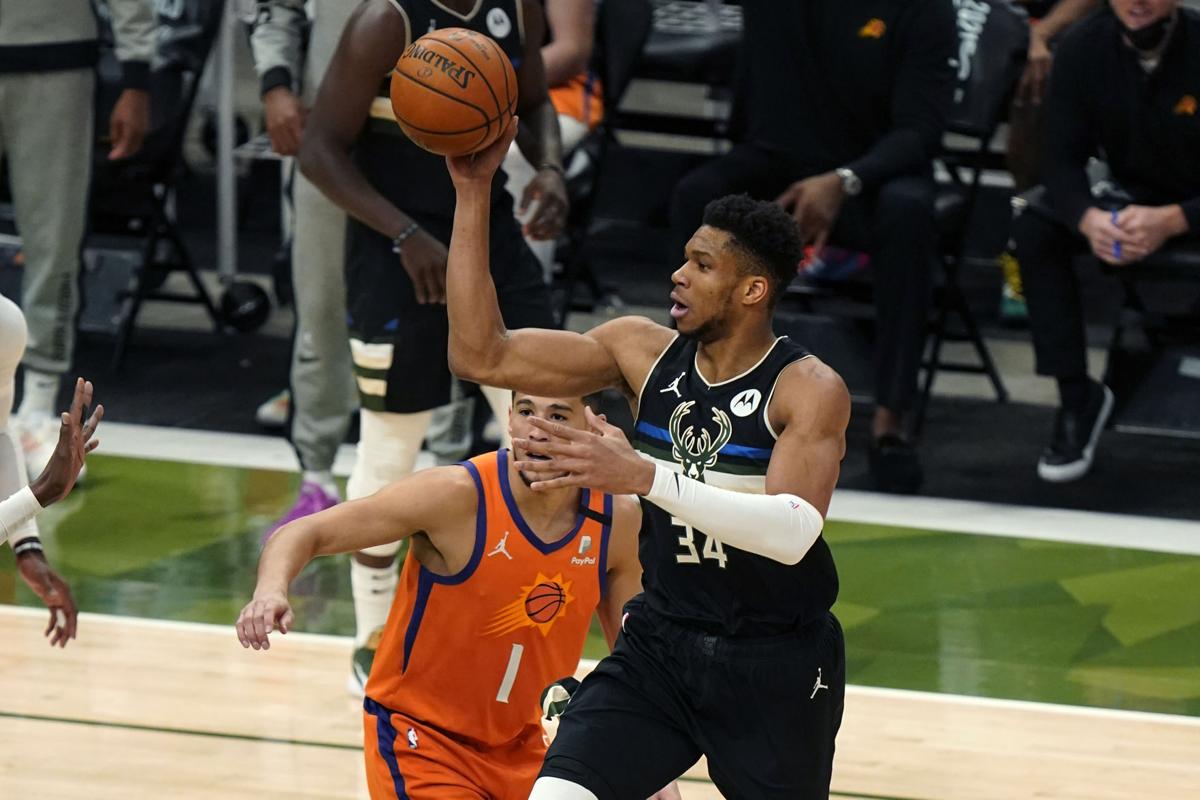 Milwaukee Bucks forward Giannis Antetokounmpo moves toward the basket against Phoenix Suns guard Devin Booker during Game 6 of the NBA Finals on Tuesday in Milwaukee. 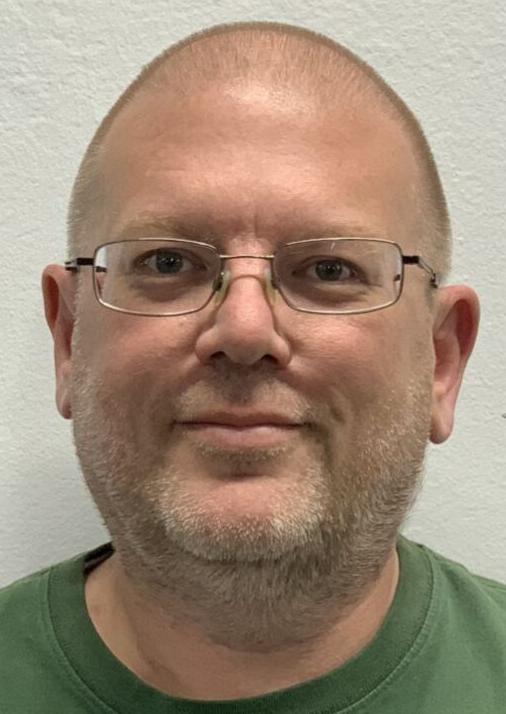 This whole thing still connects, for me, to Brett Favre.

That’s who I view as the most significant professional athlete in Wisconsin during my lifetime.

He’s significant because he dragged a team out of the gutter and made it a Super Bowl champion. Favre certainly didn’t do it alone, but he was the driving force.

He generated excitement around a franchise that went without for 29 years. After winning Super Bowl II in 1968, the Packers didn’t sniff success until the mid-1990s — a 10-6 season in 1989 being the exception — and the entire state was consumed by the green and gold when Favre’s team produced a championship in 1997.

None of that was expected when general manager Ron Wolf traded for him in 1992. Heck, no one even knew how to say his name. But as the fan base got to know him, Favre quickly took over athletic ownership of the state.

No one knew how to say his name, either. It took a little longer for the fan base to get to know him, but they took to him as easily as Favre when they did.

There was hope that he could bring a team that hadn’t won an NBA championship in 50 years back to the promised land, but somehow that was a little harder to fathom. The Packers still had a chunk of its fan base that remembered the glory years of that franchise, but the Bucks didn’t have such a past.

There was the championship that Kareem Abdul-Jabbar, Oscar Robertson and Co. produced in 1971 — a four-game sweep of the Baltimore Bullets — and the march that ended with a loss to the Boston Celtics in Game 7 of the 1974 finals, but that marked the end of those opportunities.

Try as they might, Marques Johnson, Brian Winters, Sidney Moncrief and Paul Pressey couldn’t get Milwaukee over the hump and into the finals at any point of the 1980s.

The same went for Ray Allen and Glenn Robinson in the early 2000s. The Bucks had plenty of good teams during those regimes and won plenty of division championships (eight from 1980-2001) but no conference titles.

And like Favre owned Wisconsin during his run with the Packers, Antetokounmpo now owns it as the prominent member of the Bucks.

Part of that is the success, of course. But it also hinges on passion for the game and likeability — and both players have showed plenty of that.

Whether it’s disregarding his body by diving into the end zone to beat Atlanta in the closing seconds of the final game at Milwaukee’s County Stadium in 1994 or his celebration after rifling a 54-yard touchdown pass to Andre Rison on the first possession of Super Bowl XXXI — or any one of about 50 other plays during the rest of his career — Favre gave fans plenty of reasons to be proud of rooting for him and being excited about his success.

Whether it’s the block on Phoenix’s Deandre Ayton in Game 4, the alley-oop from Jrue Holiday in Game 5 or a 50-point performance in the clinching 105-98 victory in Game 6 — just using this series in the example — Antetokounmpo has done the same.

Think about what the maturity he shown and the things he has said throughout the postseason. Think about how he talked about keeping his ego in check despite the individual awards he had won. Think about the injury he overcame to help finish this thing off.

Think about the celebratory dancing after Game 6 and how he talked with pride about building a champion in Milwaukee instead of leaving via free agency, forming a super team and accomplishing it elsewhere. Think about him kissing the Larry O’Brien trophy, then consoling his MVP trophy and whispering for it not to be jealous.

He’s having fun while winning, and that’s what we like to see. Favre did the same thing when he played.

The difference between the two may end up being championships.

Favre had one more crack at a Super Bowl in 1998, but the Packers came up short against John Elway, Terrell Davis and the Denver Broncos.

We don’t know if Antetokounmpo will get another shot, but there is reason to be hopeful with a good core of players tied to the team for the next few seasons and the fact that he is a two-time league MVP, one-time league defensive player of the year and one-time NBA Finals MVP at just 26 years old.

But winning one, two, three or four titles probably won’t matter too much when determining his Wisconsin legacy. The state’s darling has made Bucks in 6 — a term coined by Brandon Jennings in 2018 — a reality, and that earns him plenty of support from Bucks fans for the rest of his days.

That, despite what happens in the future, can never be taken away from him.

Photos: Were you there, too? Bucks fans pack Deer District for epic Game 4 of NBA Finals

Todd Sommerfeldt can be reached at todd.sommerfeldt@lee.net or via Twitter @SommerfeldtLAX

Countries that have never won an Olympic medal

Countries that have never won an Olympic medal

Will the Saints make the playoffs?

Will the Saints make the playoffs?

The Chippewa Falls Post 77 17u American Legion baseball team put a wrap on a regional championship on Monday with a 7-0 victory over Eau Claire.

Eagle Valley Speedway in Jim Falls has kept its weekly night of dirt track action on Friday after making the move last year and is finding it to be a successful decision.

The Jim Falls Sturgeons took both games of a Chippewa River Baseball League doubleheader on Sunday against the Cadott Red Sox by scores of 9-6 and 7-3.

CRBL: Longtime Tilden cornerstones Bresina, Steinmetz and Baier brothers together again as part of Hall of Fame Class of 2020

The Tilden Tigers quartet of Todd Bresina, Mitch Steinmetz, Rick Baier and Randy Baier will be honored as a part of the Chippewa River Baseball League's Hall of Fame Class of 2020 on Saturday during this year's All-Star Game in Bloomer. The quartet served as the cornerstones for the dominant Tigers teams of the 1990s and 2000s.

The Eau Claire Bears had a league-high nine players selected to play in this year’s Chippewa River Baseball League All-Star Game, which takes …

The Chippewa Falls Post 77 American Legion baseball teams have shorter schedules this summer, but want to make the most of their slimmer slates of games.

Milwaukee Bucks forward Giannis Antetokounmpo moves toward the basket against Phoenix Suns guard Devin Booker during Game 6 of the NBA Finals on Tuesday in Milwaukee.