It took Logan Murphy a while to warm up to the idea of coaching hockey.

But now he’ll get the chance to do so with a team close to home.

Chi-Hi graduate Logan Murphy has been hired as an assistant coach for the Chippewa Steel of the North American Hockey League. The team announced the additions of Murphy and Eau Claire Memorial graduate Charley Graaskamp on Thursday to serve as assistants under head coach Carter Foguth.

Murphy brings plenty of junior league experience as well as an eagerness to help Chippewa as the team enters its third season in Chippewa Falls.

“He knows the area, knows the community and in terms of hockey wise I think he brings a good background from junior hockey to high school hockey that will help him relate to our players and ultimately for me it’s the hard work and determination that he shows to keep progressing as a coach,” Foguth said of Murphy. “It’s something he wants to do and in my short time in hockey I’ve found it’s those type of guys that want to work hard and help the players out and go to the next level. Those are the most efficient coaches to have on staff so he definitely fit that mold for us.”

Murphy starred in high school for the Chi-Hi boys hockey team, scoring 43 goals and assisting on 52 more across 95 games from 2009-2012, totals that rank him highly among the school’s career marks. He earned All-Big Rivers Conference and all-state accolades in helping lead the program to the sectional finals.

Logan’s father Coley was a coach in the Chi-Hi program for more than 20 years but when Logan graduated in 2012 coaching hockey wasn’t on his mind — continuing as a player was. Logan played with the North Iowa Bulls of the NA3HL for three seasons and was a captain with the team in 2014-15. The Bulls won two USA Hockey National Championships and added another runner-up finish during his time there. A shoulder injury cut short Murphy’s third season with the team but it also allowed him to become a de facto assistant coach with the Bulls as the team went on to win its second national title.

“Once I ended my playing career, I hopped into the coaching thing right away and it was something that I didn’t fully think I was going to enjoy but once I got into it, it was something I figured out I was good at and I could really do,” Murphy said.

Murphy was an assistant coach at Chi-Hi for one season before spending the last three years as an assistant under coach Ryan Parker at Eau Claire North while earning his business management degree from UW-Eau Claire. Murphy said his ability to connect and communicate with players, past experiences in the junior leagues and familiarity with the Chippewa Valley will help him as he makes the transition to coaching Tier II junior hockey.

“Education and hockey are similar because the more you learn, the better you are. That style of hockey he’s going into now is different than high school hockey,” Scott Parker said. “There’s different norms, a different culture than we have in high school hockey so there’s going to be a new learning curve there and it’s just all part of the process.”

Murphy and Graaskamp were adversaries on the ice during their playing days but Murphy is excited he and the former Eau Claire Memorial star will get the chance to team up under Foguth.

“I remember me and him having some great battles when it came down to Chi-Hi and Eau Claire Memorial,” Murphy said of he and Graaskamp. “We were so to speak kind of enemies on the ice but it’s taken a turn for the better where we’re coaching together and we’re part of the same group, the same team and this is going to be one great experience. I’m very excited.”

Foguth said assistant coaches in the NAHL are tasked with ‘a little bit of everything’ but primarily focused on player development through workouts and planning workouts as well as spearheading what roles the players may play in their community work.

In recent years Murphy has been on the opposite side of the fence in his return trips to Chippewa Ice Arena as a member of the Huskies. But now he’s excited to once again be a part of the home team.

“Being at Eau Claire North for the last three years, it was almost like when I came back home to Chippewa it was a little different than usual,” Murphy said. “But now in this situation it’s going to be like old times so I’m excited to get the ball rolling with this and it’s going to feel like home again.”

Photos from the North American Hockey League matchup between the Chippewa Steel and Springfield Jr. Blues on Friday, Nov. 29, 2019 at Chippewa… 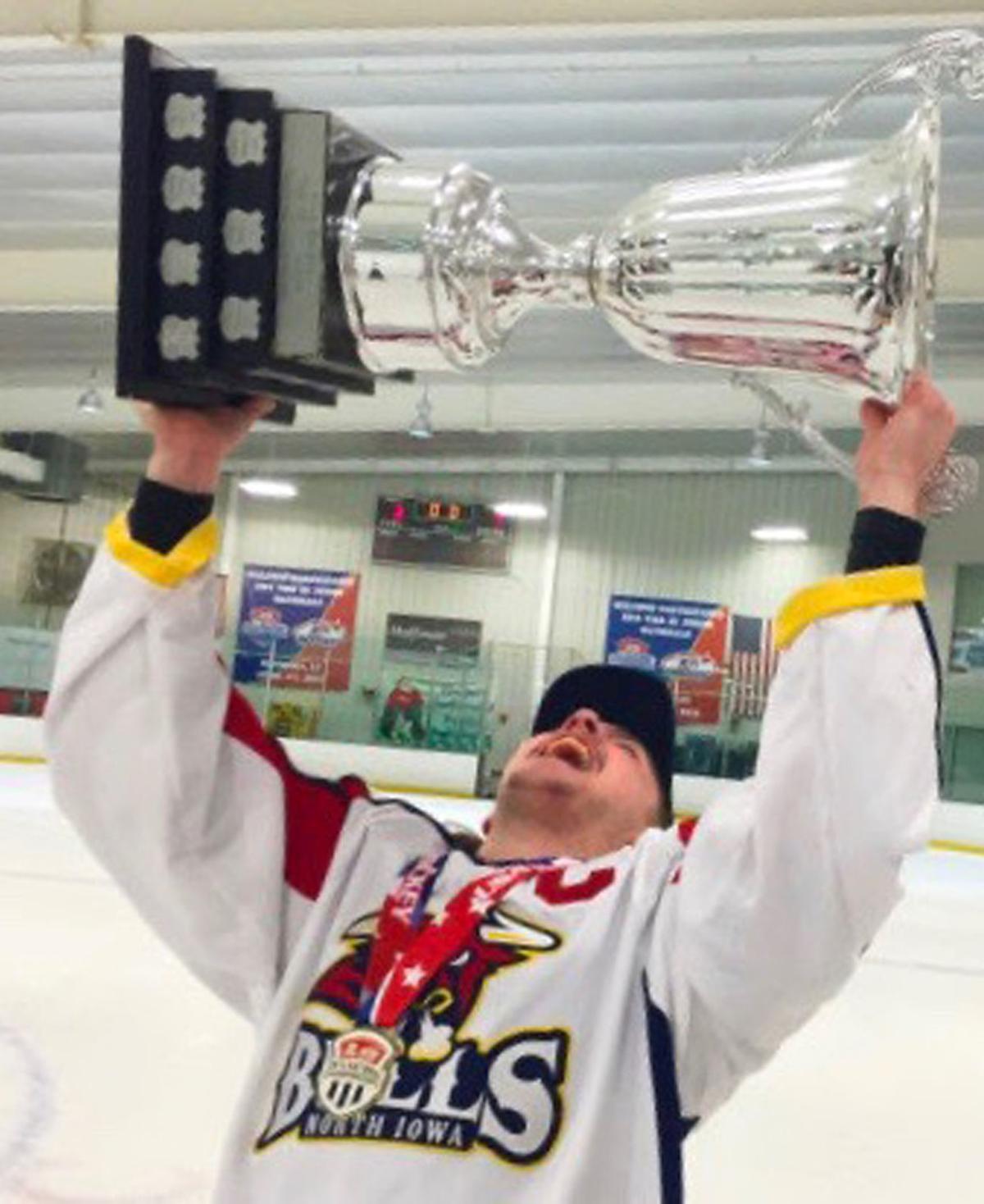 Logan Murphy, a Chippewa Falls native and Chi-Hi graduate, returns to the hockey scene in the Chippewa Valley as an assistant coach with the Chippewa Steel of the North American Hockey League. 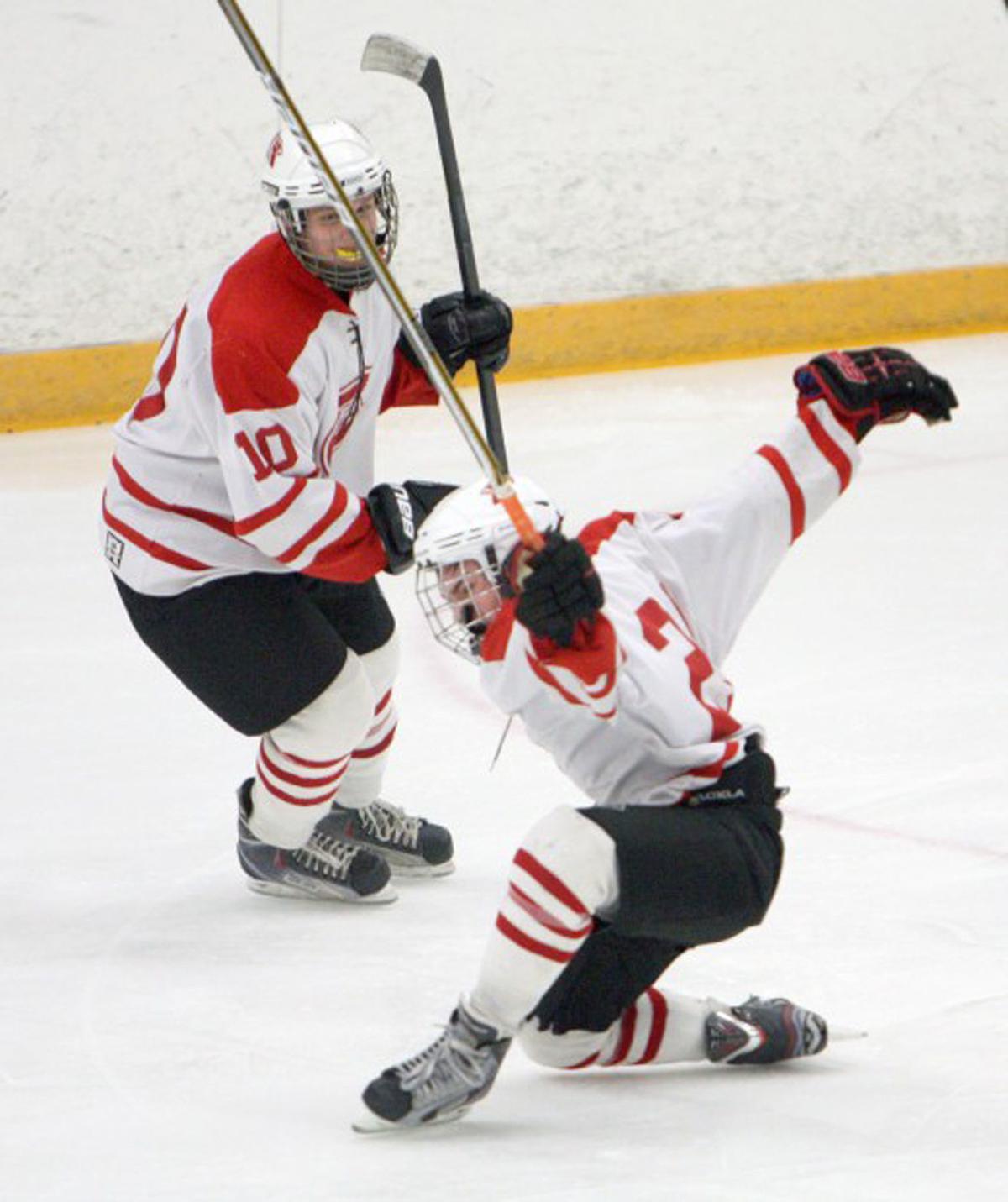 Logan Murphy celebrates after scoring a goal in a game against Eau Claire Memorial in 2012 in Eau Claire.