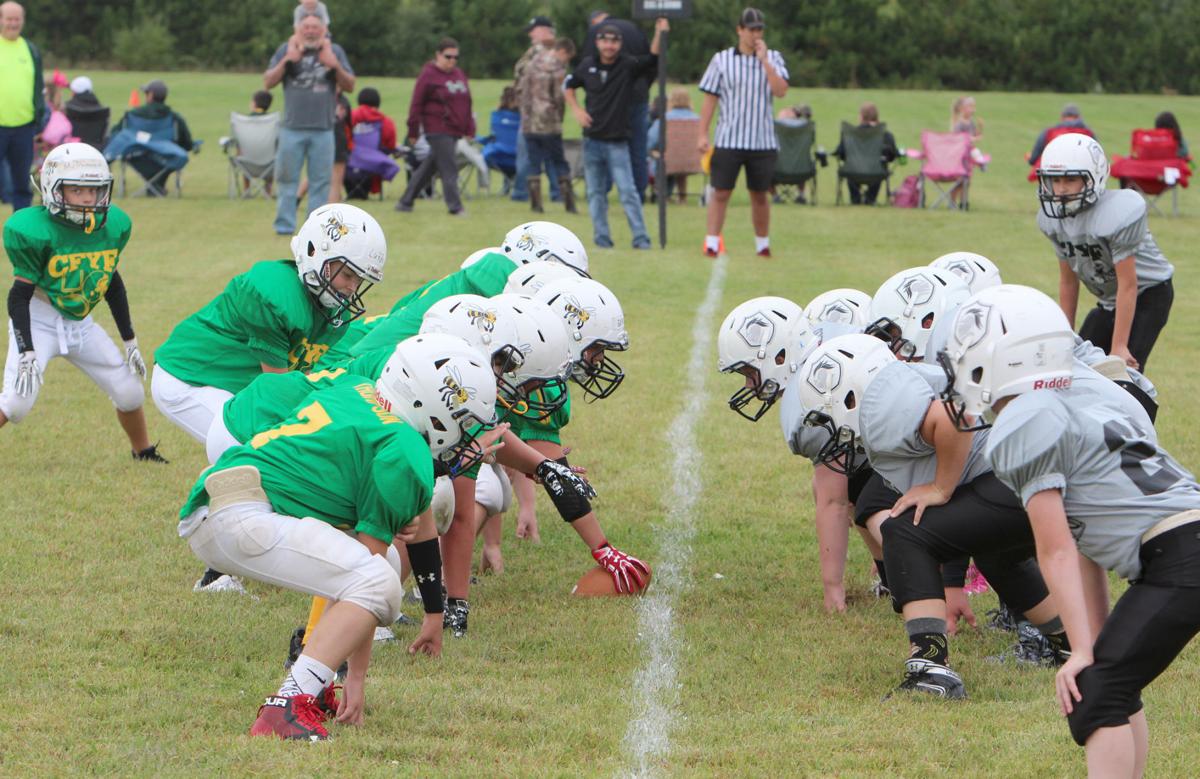 Members of the Stingers and Knights youth football teams line up before a play during a Chippewa Falls Youth Football game last season at Weber Fields in Chippewa Falls. 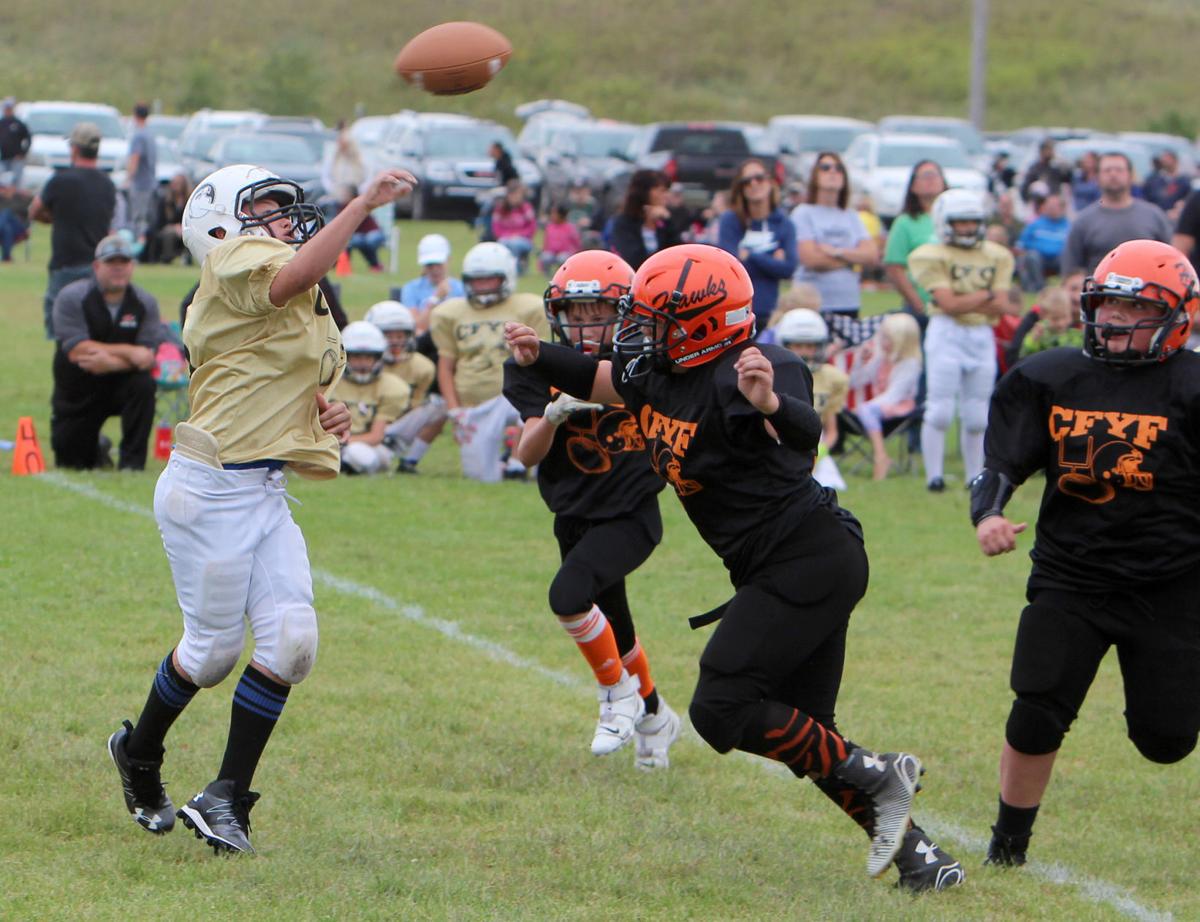 The Chippewa Falls Youth Football organization is keeping its options open as it looks for a way to safely hold a season this fall.

Generally, the league spends this time of the summer signing up interested athletes for teams in their tackle and flag football leagues at the team’s location at Weber Fields (3850 139th St.). But this summer, the organization is taking much of its registration online, something the league was already looking into before the COVID-19 pandemic but was now more willing to utilize in an effort to minimize person-to-person contact.

“For flag (football) it’s going to work out great,” CFYF vice president Chad Burger said. “It’ll be a little less coordination because the flag kids will be able to register online and then we’ll be able to issue whatever equipment, jerseys and that kind of stuff through their coaches. Those teams stay at about 10 or less anyways, so it’ll be perfect for numbers and everything else and less people coming in and out of the building.”

CFYF went live with its online registration on Tuesday evening at www.cfyf.net.

ONLINE REGISTRATION IS NOW OPEN!!!! This is our first ever online registration attempt. We have worked hard to ensure...

Tackle football teams for fifth and sixth graders will register online as much as possible while still having the option to do so in person. Equipment issuing sessions would be by team with scheduled appointments to limit the amount of contact.

Burger said Aug. 3 would be the tentative date for issuing equipment but the start of action on the field might be a little later than usual.

“Our practices will probably be pushed back to start a week later just to give us a little more time to see what’s going on with the whole COVID situation (and) see what develops,” Burger said. “Our goal is to move forward with the season at this point.”

Burger said the organization has been going over potential plans for at least three months and called the situation “fluid” with information and requirements changing often. CFYF has been working closely with Chippewa County officials who have provided many of the dos and don’ts. The league is working out several contingency plans that are being finalized.

Burger said the organization will do what it can in order to have a season but will make sure safety as always is the top priority.

“I just hope that people are aware that we are taking everything into consideration. We’re looking at all angles, all aspects,” Burger said. “One of the things that we looked at, too, is there’s studies out there that say kids need to get back to normalcy, and we want to try to provide that in the safest manner we can but we’re going to air on the side of safety, as we always do. That’s always been our primary focus playing a contact sport like this is you’ve got to be concerned with safety.

“Everything we do is going to be geared around safety and we’re going to haul in all the information from USA Football putting out great information, the CDC and our local health departments as well. They’ve been a great help giving us some guidelines and parameters to work with.”

Youth football off and running

Zach Gilles is getting one more chance.

The racing season at Eagle Valley Speedway is entering the final few laps and as it winds down at the end of next month, a number of season po…

The North American Hockey League announced on Monday the start of the 2020-21 regular season will begin on Oct. 9.

Members of the Stingers and Knights youth football teams line up before a play during a Chippewa Falls Youth Football game last season at Weber Fields in Chippewa Falls.